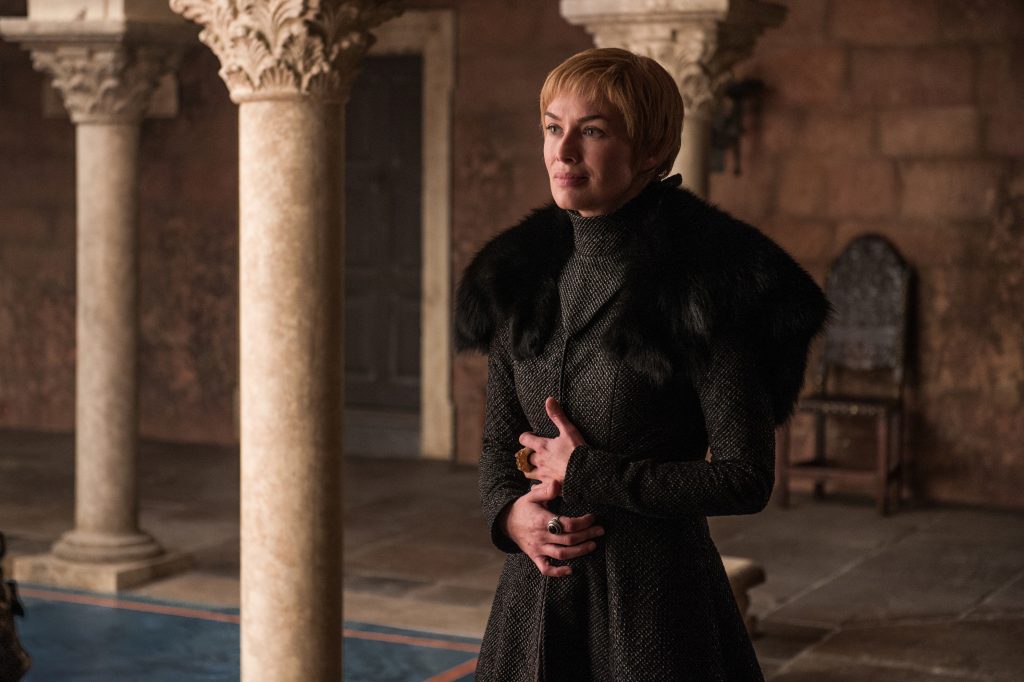 Lena Headey is Rooting for Cersei in Game of Thrones

Cersei has a real shot at ending up on the Iron Throne, but it would probably be the least popular ending to Game of Thrones. She’s been ruthless, manipulative, and outright evil through the first seven seasons. Her wickedness knows no limits. Even her own family isn’t safe. When actress Lena Headey stopped by Jimmy Kimmel Live, the host tried to pry clues about whether Cersei would finally have her way.

Game of Thrones wrapped filming for the entire series last fall and Headey said reaching the end was emotional. Kimmel tried to pry about the shooting schedule, presumably to try to decipher if Cersei lives or dies. Headey did reveal that she was 12th to finish her final scenes. That may seem like a major clue, but productions often shoot out of order and there is no way to know how many other people remained on set after her. Headey said there were “just a few.”

Despite being an extremely lovely guest, Kimmel did bluntly tell Headey that he is not rooting for her character. It’s an honest, but relatable perspective. Kimmel asked if she was rooting for herself to end up on the throne and she said, “Someone has to!” There are very few Cersei fans, so Headey might be alone in that camp.

“They usually give us all of them and if anyone says they don’t flick to the end, they’re lying,” Headey revealed. After each actor learns if their character lives or dies, they do a joint read through. The characters were previously split to the four corners of Westeros, but as they united toward the end, they are in a more concentrated area. Headey said for the first time ever, the entire cast did a read through together in Belfast. We can only imagine what it felt like to make it to the end, but both Headey and Sophie Turner describe it as being incredibly emotional. Feelings mutual, ladies.

Game of Thrones returns for the final season April 14.