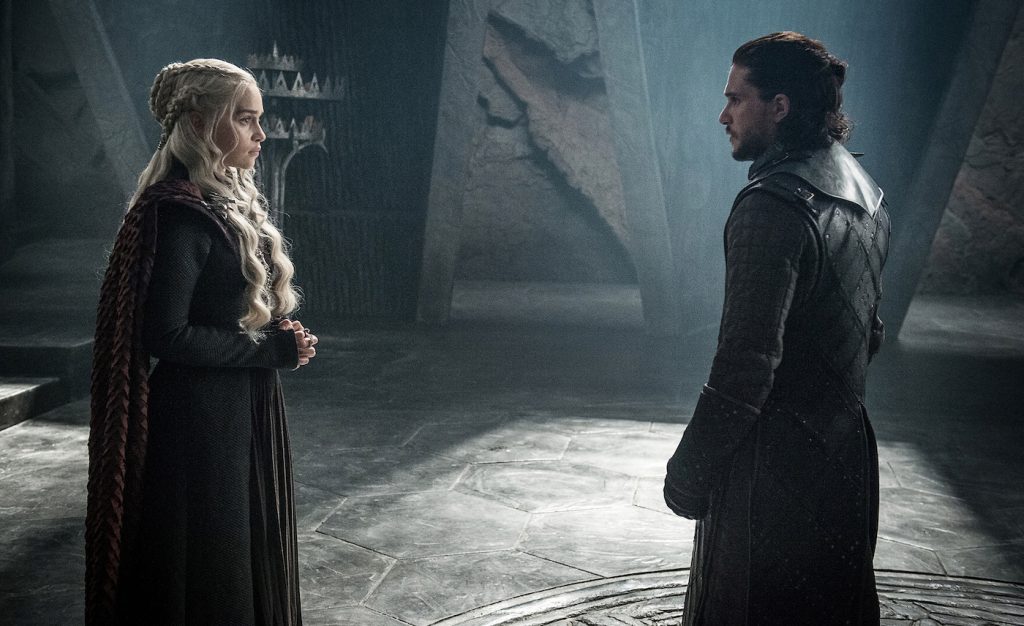 The Final Episodes of Game of Thrones Will be Movie-Like

We’ve known for quite a while now that the final six episodes of Game of Thrones would be longer than average. We’ve known that because the shortened season involves the largest battle the show has ever filmed, and there’s no way they’d try to cram that into six normal-sized episodes. You don’t spend 55-days shooting likely the largest battle ever produced for television and then not use your considerable clout to get HBO to agree to longer-than-normal episodes. Showrunners David Benioff, D.B. Weiss, and the entire GoT team have poured everything into season 8, so rationally speaking we’ve assumed the episode lengths would reflect that. This is to say nothing of the fact that HBO’s CEO Richard Plepler said that the final season feels like you’re watching six movies. You can also add GoT director David Nutter to the list of folks who have confirmed season 8’s episodes will be super-sized.

“Season 8 episodes will all I think be longer than 60 minutes,” Nutter said during a Reddit ‘Ask Me Anything’ thread. “They’ll be dancing around the bigger numbers, I know that for sure.”

Now, however, we might have more solid factual proof; Premiere Magazine has what could be the official length of those remaining episodes, thanks to their reporting on the Orange Cinema Series presentation in France, where TV network executives gathered to discuss, among other things, the 8th and final season of GoT.

According to Premiere (h/t to Comicbook.com), the first two episodes will be an hour apiece, while each of the last four will run 80 minutes. It’s important to note that HBO has not confirmed these runtimes yet, as Premiere themselves noted. It is also fair to assume that the final episode lengths might not be totally locked in yet. Finally, it seems likely they won’t end up being exactly 60 and 80 minutes. Comicbook.com notes that every time an episode crosses the 60-minute mark, GoT creators need to notify HBO to request permission, and then HBO has to tell their partners to make sure this works for all involved. Yes, it would seem very doubtful anybody would scoff at a Game of Thrones episode running long, considering its worldwide appeal, but these are protocols that are followed regardless.

We’ll know for sure soon enough, whether the official runtimes are released by HBO, or, we’re just all settling in to watch the first episode of the final season on April 14, 2019.