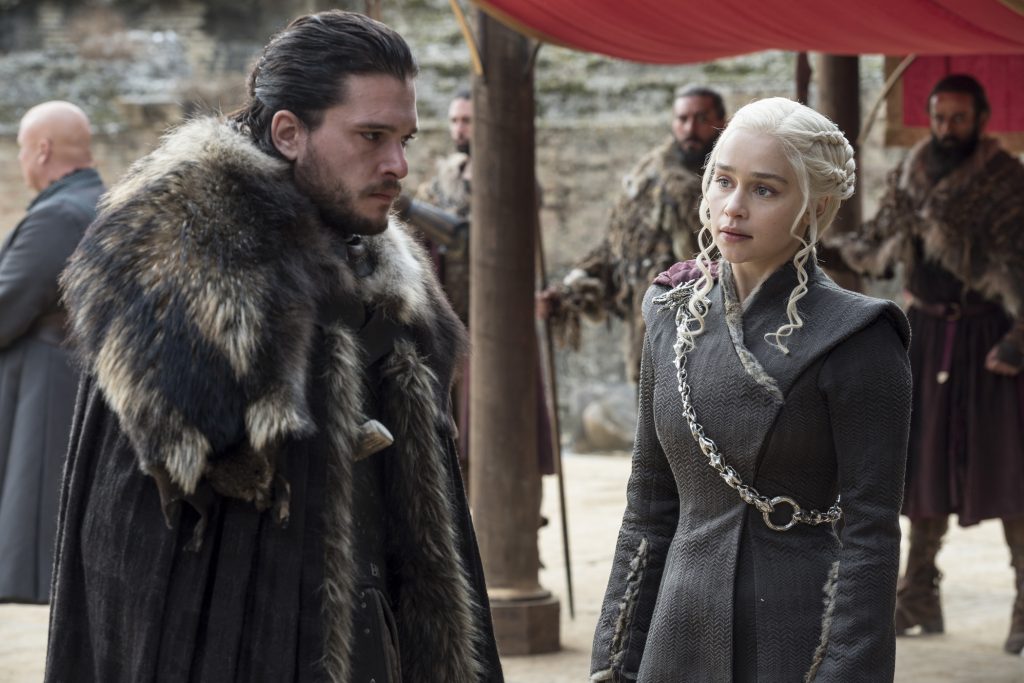 The battle for the Iron Throne will end this year. As fire and ice meet, we will only have six episodes to resolve the eight-season Game of Thrones epic. We got our first look earlier this week with a few seconds in a new HBO promo. Information about the final season is slowly beginning to leak out, but considering the scope of the series, it is difficult to fathom how all the loose ends will be tied up. Variety spoke with HBO chief Richard Plepler about the impending episodes.

“It’s a spectacle. The guys have done six movies. The reaction I had while watching them was, ‘I’m watching a movie,’” Plepler told Variety. “[David Benioff and D.B. Weiss] knew the bar was high. They’ve exceeded the bar. I’ve watched them twice without any CGI and I’m in awe. Everybody’s in for an extraordinary treat of storytelling and of magical, magical production.”

The production value for Game of Thrones has been impeccable since it first aired. With big budgets and major orchestration, it has long rivaled the quality of big-screen fare. TV has swelled in its wake with binge-watching gaining huge popularity. So, what exactly does he mean by a movie?

It could be he’s referring to the quality, but with the above considerations and his note that he viewed the episodes pre-CGI indicate they’re epic on their own. Our most hopeful inference is that they are extra-long. Most episodes have run between 50 and 80 minutes. Could we be seeing 90-minute episodes on the horizon?

We’ll have to wait for official word from HBO, but if you have any doubt about the cinematic level of the show, here’s a reminder. Pixomondo released a VFX compilation video of some of their best work from season 7 and 8. The world building here is breathtaking and there are some really cool techniques to create the zombie scene. Of course, the biggest draw here is the dragons and they do not disappoint. Created from almost nothing, they have become the focus of the show with good reason. If that isn’t movie quality, we don’t know what is. Bring it on, season 8.