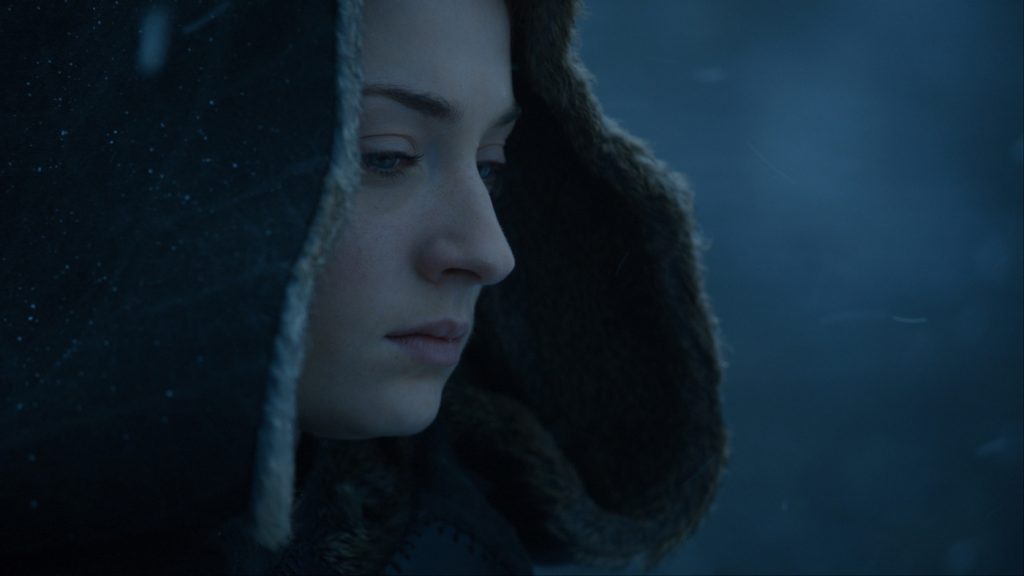 What better time for HBO to drop the first official footage from Game of Thrones 8th and final season than during the Golden Globes? With a TV and film-loving audience planted on their couches as a captive audience, it’s a great opportunity for studios and networks to tease their upcoming projects (as Marvel did for Captain Marvel). Not only was HBO teasing the GoT, but we also got a peek at the first footage from Damon Lindelof’s Watchmen series.

The teaser touted HBO’s major 2019 slate, which has a very good chance of being one of their biggest years ever, with GoT and Watchmen serving as the two biggest releases. The GoT scene might be short, but it packs a lot of subtext into its brief runtime. We get to see Sansa Stark (Sophie Turner)’s reaction to finally meeting Daenerys (Emilia Clark) when she and Jon Snow (Kit Harington) arrive in Winterfell. Sansa looks…intrigued? Worried? Isn’t a mixture of intrigue and worry the default setting for GoT characters when they’re not experiencing mortal terror?

It’s a guarantee that Game of Thrones is going to be an absolute ratings juggernaut in its final season, as fans have been waiting for 8-years to see how one of the most epic, ambitious series in TV history will end, which makes Watchmen all the more intriguing for being something of an enigma. Based on the groundbreaking graphic novel by Alan Moore and Dave Gibbons, the series won’t be an adaptation but rather a “remix,” focusing on the years after the events in the novel. Lindelof promised fans this in an open letter: “Some of the characters will be unknown. New faces. New masks to cover them.”

The final season for GoT includes the biggest battle in the show’s battle-heavy history, with the living, led by Jon and Dany, facing off against the dead, led by the Night King. Even though it’s only six episodes long, the 8th season was a bear to film, with the longest episodes of any season. The massive aforementioned battle took an astonishing 55 days to shoot—twice as long as the epic Battle of the Bastards took.

The promo also teases the already well-reviewed third season of True Detective, which premieres on January 13th, the second season of Big Little Lies (with Meryl Streep!), and the limited series Chernobyl.

Check out the HBO teaser below: