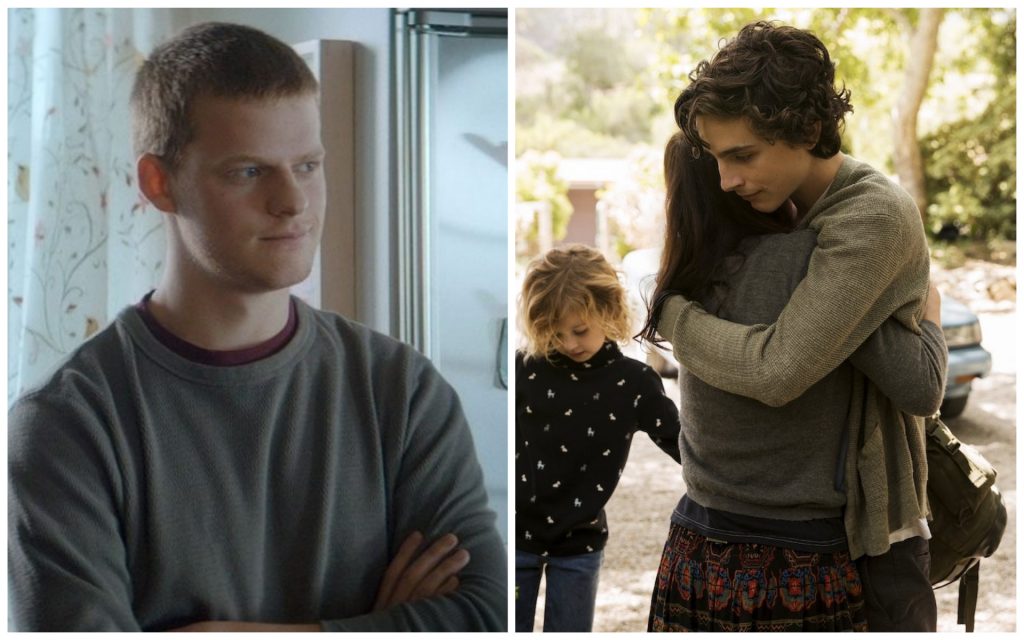 Heroin kills and meth destroys, now more than ever. Hollywood has long dramatized the perils of adult drug addiction in films like Frank Sinatra’s The Man With the Golden Arm, Al Pacino’s breakout The Panic in Needle Park, Gus VanSant’s bleak Drug Store Cowboy, and the gonzo Trainspotting. But in the face of a 10 percent uptick in drug-related suicides in America last year according to a recent study, two intense new dramas personalize the nation’s substance abuse epidemic with uncommon urgency. Ben Is Back (opening wide December 14) and Beautiful Boy (October 12) both offer unnerving portraits of young addicts and their families.

Ben Is Back stars Lucas Hedges in the title role opposite Julia Roberts as his wary mother. In recovery from a heroin addiction, he shows up unexpectedly at his middle-class family’s upstate New York home on Christmas Eve, supposedly with the approval of the “sober-living facility.” Tension builds over the course of a normally jolly holiday as the question looms: Can 19-year old Ben stay “clean”?

Written and directed by Peter Hedges (About a Boy, What’s Eating Gilbert Grape) the fictional story comes from a deeply personal place, and not just because he cast his son in the lead role. The filmmaker’s mother suffered from an addiction to alcohol and left the family when he was seven years old. Eight years later, she found sobriety, Hedges says. “We were planning my mom’s funeral when she entered rehab for the third time because it looked like she was going to die, and then she didn’t. For me, one of the unexpected gifts of this projects is that in making Ben is Back, it expanded my sense of compassion, for my mom, and for anyone who suffers from using heroin or alcohol or whatever drugs it may be.”

To prepare for the role, Lucas Hedges sat in on 12-step recovery programs and drew on observations of high school classmates in Brooklyn Heights. In press materials, he says “When I was growing up, a lot of kids were being prescribed Adderall and other drugs that they had no business taking on a daily basis, so I already knew drug use among teenagers was a huge thing in Brooklyn. What I didn’t realize was that it is just as prevalent, if not more, in suburban and rural parts of America.”

The Hedges gained additional insights by reading David Sheff’s memoir “Beautiful Boy” along with the companion piece from son Nic titled “Tweak: Growing Up on Methamphetamines.”

Those books served as inspiration for Luke Davies, who co-wrote Beautiful Boy featuring Steve Carrell and Timothee Chalamet, respectively, as the overwhelmed father of a 19-year old meth addict. “In the long tradition of ‘addiction’ films, the focus usually stays close and tight on the narcissism and chaos of the addict,” says Davies. “The main difference with Beautiful Boy is that our story is very overtly about this father-and-son relationship. It kind of pops through that bubble to look at the addict’s family dealing with all its anxiety, bewilderment and rage.”

Davies understands first hand the kind of havoc drugs can wreak on family relationships. He survived a 10-year addiction to heroin before moving forward to pen the Oscar-nominated screenplay for Lion. Did he draw on his own experience to inform the relationships depicted in Beautiful Boy? “Very much so and it was not easy,” says Davies, who wrote the 2006 movie Candy featuring Heath Ledger as a heroin addict. “In Candy, I never really explored my relationship with my own father during my struggle with addiction—the stresses and sorrows I put him through. All these years later, I got to blend some of my own memories and experiences with those that Nic Sheff portrayed so beautifully in his memoir. I also got to imagine some of my father’s experiences through the filter of David Sheff’s powerful telling of the same events.”

Davies and Hedges hope their movies increase empathy for the foot soldiers entangled in America’s 21st century War On Drugs. Davies says, “If Beautiful Boy reduces some of the moral judgementalism around addiction, if it increases compassion, if it brings conversations more into the public sphere, then that’s a good thing.”