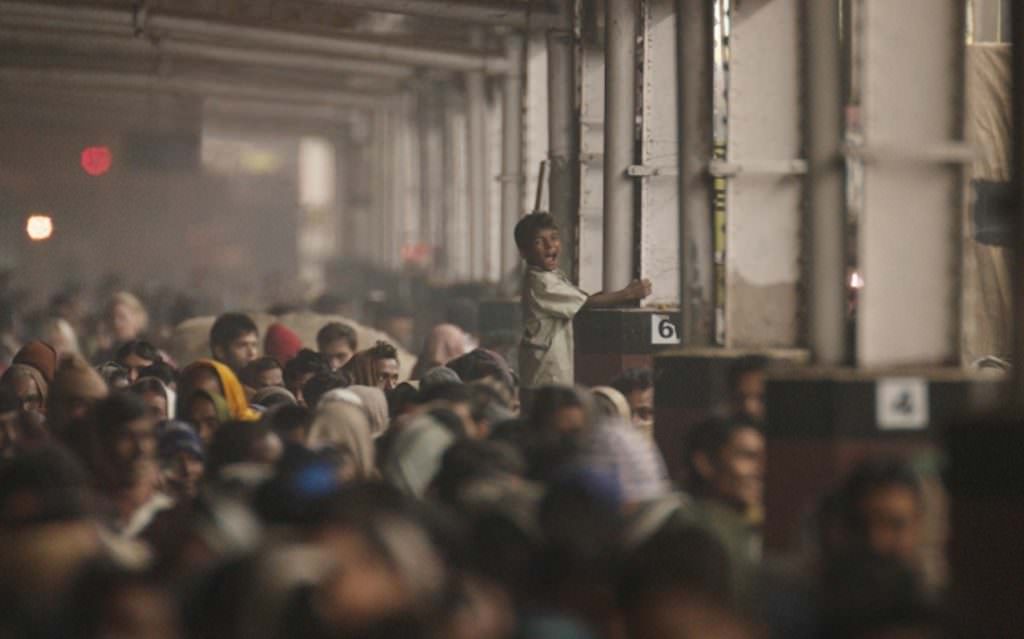 He shot 2016’s biggest box office hit Rogue One: A Star Wars Story and last month picked up an Academy Award nomination for his work on Lion, so what’s cinematographer Greig Fraser doing in Mexico City filming a TV spot? "Commercials are an incredible technical proving ground," says the Australian-born director of photography. "I'm able to learn new camera systems all the time and that translates directly for features."

Fraser shows off considerable skill in this year's Super Bowl spots he shot for Budweiser, Ford and Michelob, but it's his gift for heart-tugging visuals that comes to the fore in Lion. Working with director Garth Davis, Fraser tells the true story of five-year old Saroo (Sunny Pawar) who's forced to fend for himself on the streets of Calcutta during the movie's gripping first act. "At every point along the way, Garth and I made sure we always placed the camera at Sunny's level," Fraser says. "He's only three feet tall but we needed him to feel like a fighter, a little lion who can take on the world. So we never wanted the audience to feel bigger than Saroo."

Filming on digital Alexi cameras outfitted with Panavision lenses, Fraser could have used a low-to-the-ground dolly or "underslung" Steadicams to position the camera lens at Saroo's eyeline. Instead he tried a piece of new technology. "It's called the MoVI gimbal rig," Fraser says. "You can hold by the top, the bottom or the side and set it at any height you choose. My gimbal operator Brett [Harrison] moved with Sunny either on foot or on his roller blades while I operated the camera remotely." For example, in one touching scene Sunny goes trough a trash heap and lights up when he finds a discarded spoon. "I stood at the monitor a bit away from the action, talking to the operator through the head set as we moved through the trash heap and Saroo finds the spoon. I could tilt between Sunny's hand, his feet, his face, however I wanted. As a DP, that was quite empowering." 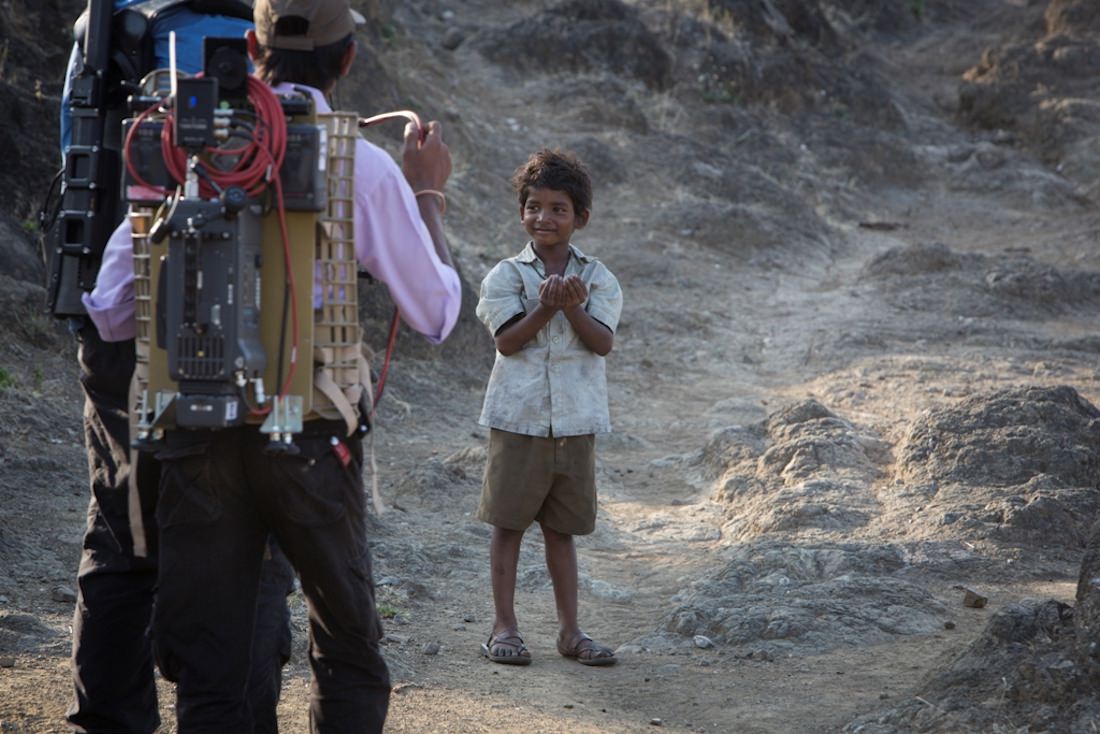 India's sheer vastness plays a key supporting role in Lion's first act each time Fraser frames the tiny boy star against his teeming surroundings. "We've been experiencing the story at Saroo's height, so when you suddenly you cut to a wide shot of this plucky little kid on a massive bridge, it makes the audience realize 'Oh my Lord, he's tiny. Garth and I wanted to show his vulnerability as well as his power." 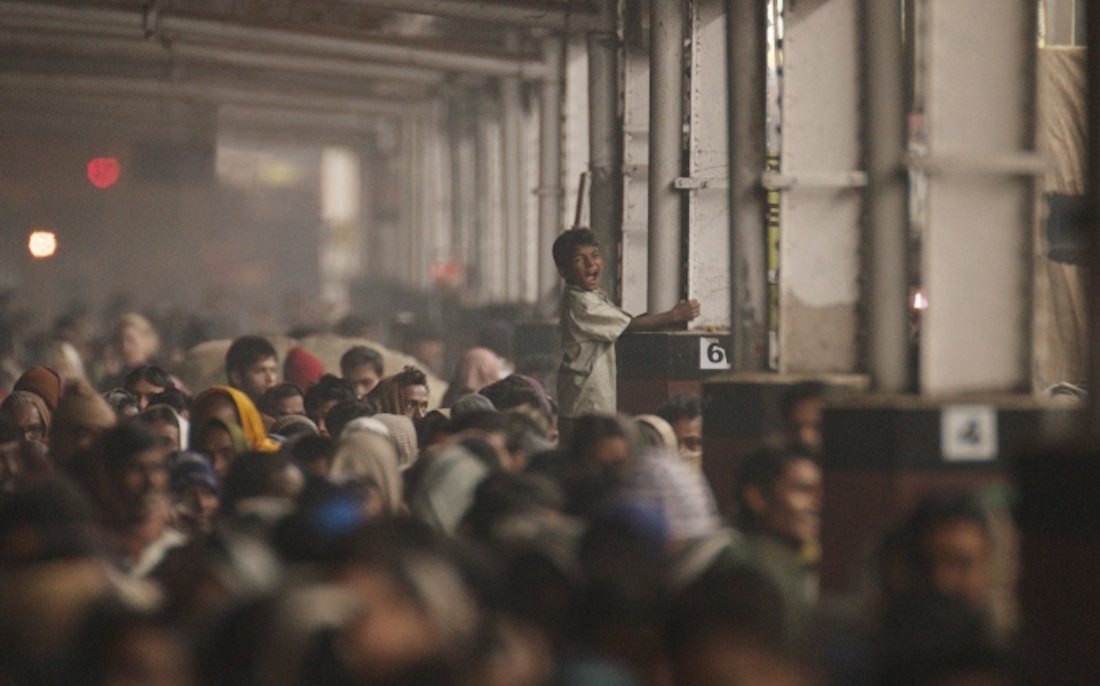 Lion abruptly shifts palette when Young Saroo leaves India, drenched in yellow-brownish pollution, and experiences Australia's blue ocean and green foliage for the first time. Fraser let the contrasting landscapes speak for themselves. "We tried not to give the film an overt 'look,'" Fraser says. "In India, unlike Australia, the air is thick with atmosphere, be it dust or pollution. Sometimes you'll make the choice to shoot on different formats or palettes within a film to help the storytelling but the great thing about Lion from a cinematography standpoint is that we didn't need to sell Saroo's journey because Australia and India look so different."

Once Lion flashes forwards, Nicole Kidman and Dev Patel take center stage with Oscar-nominated performances as Sue Brierly and Adult Saroo. Fraser kept camera movements to a minimum. "We had two incredible actors in a small room in a little house in Hobart Australia," he says. "The worst thing we could have done at that point would have been to move the camera. When you have Nicole Kidman doing her thing, the camera becomes like a conduit for the audience. You really don't need to move around to create interest."

That understated style of cinematography might not work for all types of performances, but Lion's intimate drama reminded Fraser that he and his cameras were dealing with genuine star quality. He says, "Sometimes I find myself literally magnetized to actors' faces. That's the best way I can describe it: the camera just wants to stick there, it wants to explore the actors' faces and luxuriate in their emotions. Making Lion, I'm proud of those scenes because as filmmakers we had the control to say: 'You know what? Let's just take a step back here and allow the audience to enjoy this moment."