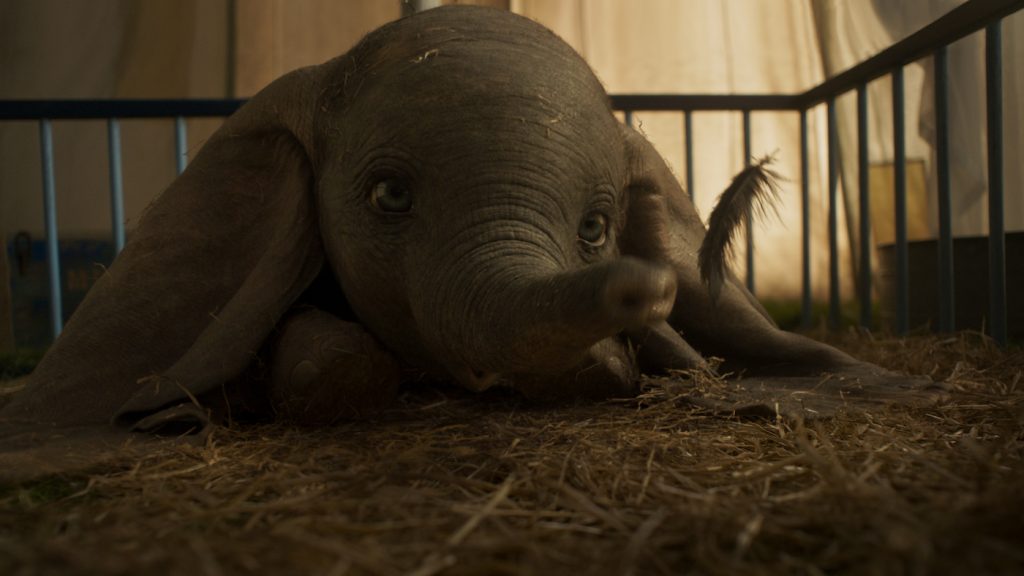 When we got our look at the first teaser for Tim Burton’s live-action Dumbo back in June, we naturally wanted more. It’s taken about five months, but Disney has finally obliged. Here then is the first official trailer for Burton’s take on the animated Disney classic, which is centered on a circus owner named Max Medici (Danny DeVito) who leans on former star Holt Farrier (Colin Farrell) and his kids to take care of a newborn elephant named Dumbo with comically huge ears. This baby elephant, of course, has a special gift, one that could make Max the richest circus owner in the world—so long as he listens to the advice of V.A. Vandevere (Michael Keaton), a man who cares little for Dumbo’s well-being and a whole lot for maximizing profits.

Dumbo’s gift is cleverly revealed in the trailer when the little pachyderm accidentally inhales a feather in his trunk and has to sneeze. In fact, the entire 2-minute-and-change we see of Burton’s film is chock-a-block with his usual eye for gorgeous detail and emotion to spare. Burton’s turn towards stories that can appeal to children that still retain his special fondness for weirdness—was most fully realized in his delightful Miss Peregrine’s Home for Peculiar Children. Dumbo looks like material he can sink his teeth into, with a lovable outcast in Dumbo that fits right into the director’s affection for the oddball and winsome creatures amongst us.

Check out the new trailer below.

Featured image: EARS TO YOU – In Disney’s all-new, live-action feature film “Dumbo,” a newborn elephant with oversized ears make him a laughingstock in an already struggling circus. But Dumbo takes everyone by surprise when they discover he can fly. Directed by Tim Burton, “Dumbo” flies into theaters on March 29, 2019. ©2018 Disney Enterprises, Inc. All Rights Reserved.