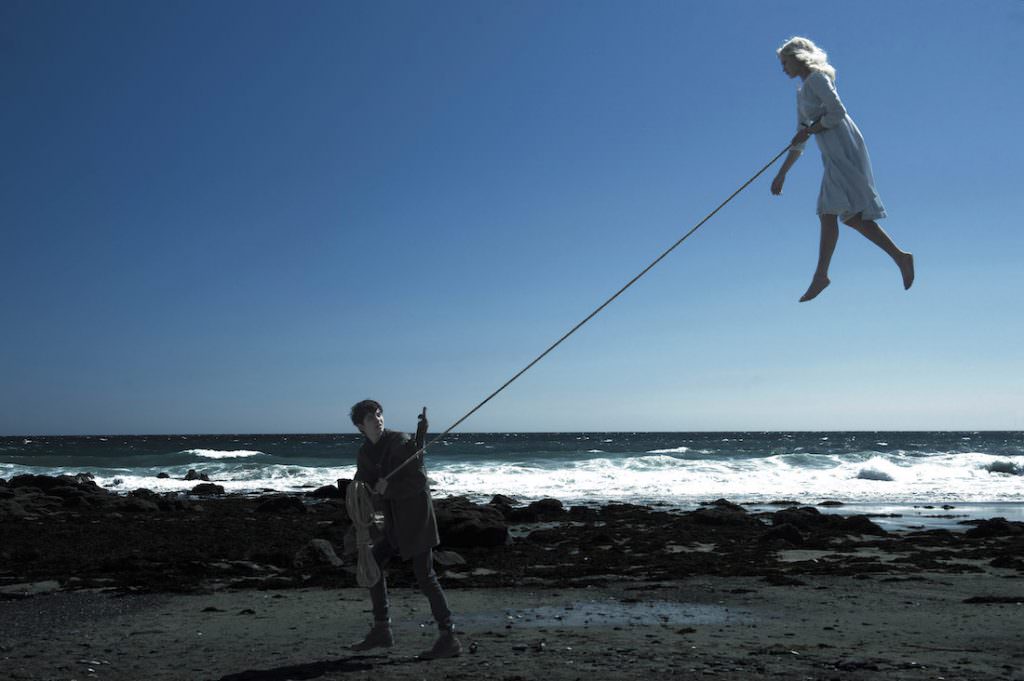 The Making of Miss Peregrine’s Home for Peculiar Children

Stay peculiar. This is the theme not only for the fictional world of Miss Peregrine's Home for Peculiar Children, but for the production, too. Director Tim Burton, the man behind Edward Scissorhands, Alice in Wonderland, The Nightmare Before Christmas, and Charlie and the Chocolate Factory, used this notion as a mission statement for the creation of the film. Is there are more perfect fit for a film about peculiar children who find comfort and strength with one another than Burton?

Adapted from the 2011 best-selling book by Ransom Riggs, the children being watched over by Miss Peregrine are peculiar indeed; they can levitate and manipulate fire, they've got super-strength, they're invisible, and, a personal favorite, one even has a mouth in the back of her head. Yet, they are all still kids. As star Eva Green (playing the titular Miss Peregrine) says in the press notes; “These children would be seen as freaks and would be persecuted in the outside world. In the remote island where they live and thrive, their ‘strangeness’ is celebrated as something special and beautiful.”

The film follows Jacob (Asa Butterfield), a boy who, following a terrible family tragedy, sniffs out a bunch of clues that lead him to an abandoned orphanage on a Welsh island. Of course, that orphanage turns out to be anything but abandoned.

Where'd the idea come from?

Riggs has a hobby of collecting vintage photographs at swap meets and flea markets—the weirder the better. As a freelance writer for Quirk Books (publisher of Pride, Prejudice and Zombies), he sent them a bunch of images he thought might make a cool picture book. The team at Quirk had another idea; why not use the photos to create a narrative for a novel?

“I’ve always had a fascination with old photos,” Riggs says in the press notes.  “I had an idea for a story and the photographs became a kind of touchstone for the characters.  For example, I’d have a really interesting photo of a boy covered in bees. So, I wondered, who is that boy?  What’s his story?”

The rest is publishing history. The book has gone on to sell more than 3 million copies. Once 20th Century Fox snapped up the rights, the quest was on to find the right filmmakers to make it happen. Burton was a no-brainer. But who would adapt the book?

Goldman is a screenwriter with a string of hits under her belt, including the terrific Kingsman: The Secret Service and X-Men: First Class. Goldman needed to keep the heart of the book intact, which meant making sure the relationship between the protagonist Jake and his grandfather Abe (Terrence Stamp) remained at the center of the story. Yet a proper adaptation means that the spirit of the original work is what's important, not every specific detail. Storytelling for the screen is a different beast all together, something Riggs became well aware of.

“The book and the movie are not the same, and it took me a little while to make friends with that idea. But when I visited the location, met Tim, and saw the sets he created and the people he had cast, the scenes really came to life for me.  I started to get it.  In fact, I watched scenes being filmed, written by Jane Goldman and directed by Tim, and said to myself, ‘I wish I had thought of that!’”

Once Riggs took a tour of the set, he was well aware his passion project had found the right filmmakers.

Choreographer Francesa Jaynes (a Burton regular) and stunt coordinator Rowley Irlam (Game of Thrones) worked together to give the children their specific movements. For actress Ella Purnelle, who plays the weightless Emma Bloom, this meant learning to how move in such a way as to suggest thtat, were you not wearing leaded shoes, you'd simply float away. Mostly eschewing a stunt double, they attached Purnell to a wire rig to depict Emma floating twenty feet in the air. She and Butterfield also learned how to drive a horse and cart.

“It’s really interesting when you’re doing a scene and Tim says, ‘Okay, be really scared and run as fast as you can.’  I’m like, ‘Have you seen the [prop] shoes I’m wearing?’” Purnell says in the press notes. 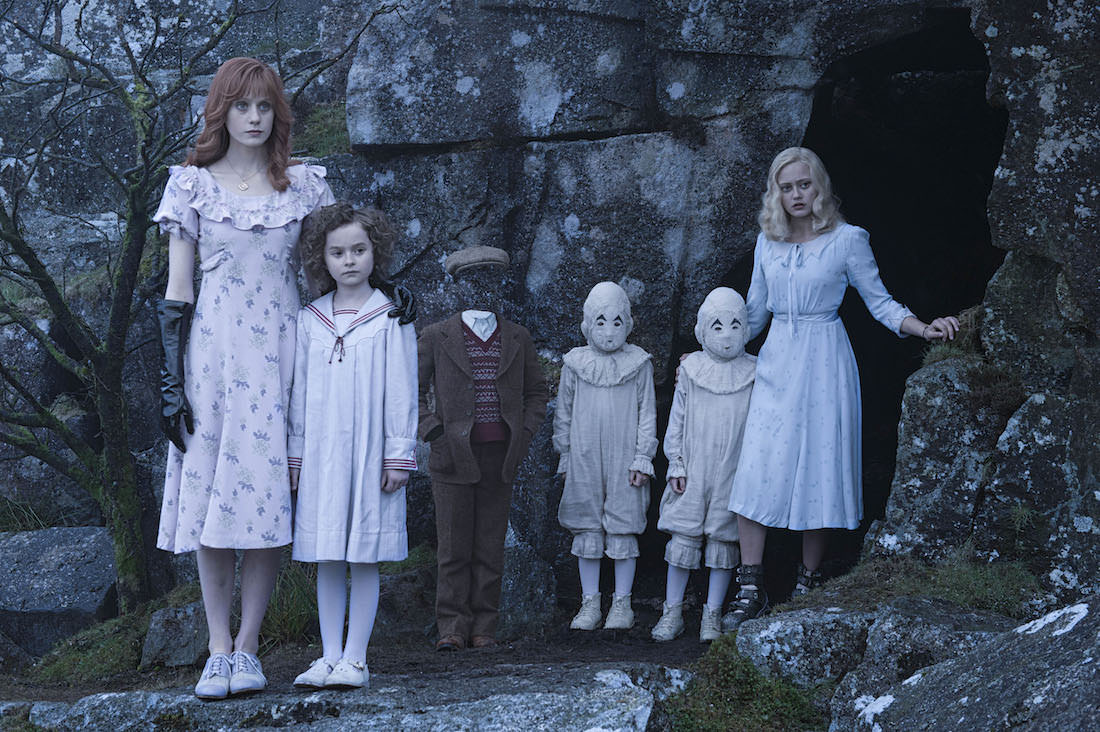 Another Burton regular, three-time Academy Award winner Colleen Atwood, was brought on board to give the film it's various looks. Because the film is set in two distinct time periods—2016 and 1943—Atwood had her work cut out for her making sure each were true to the colors, textures and style of the era. What's more, because the action of the story involves these characters reliving the same day over and over (thanks to Miss Peregrine's ability to manipulate time), she had to construct costumes that would "stand alone," as she puts it, day after day.

For Eva Green's Miss Peregrine and Judi Dench's Miss Avocet, Atwood gave them each a bird-like quality to their clothes. This is because their characters are Ymbyrnes, time-shaping people who can also take the form of a bird. For Asa Butterfield's Jake, Atwood designed classic modern versions of 1940s clothes, while some of the other children were attired in more "timeless" looks, spanning the Victorian and modern eras.

As for Purnell's weightless Emma Bloom, her clothes are appropriately made of "air-like" material and colors. 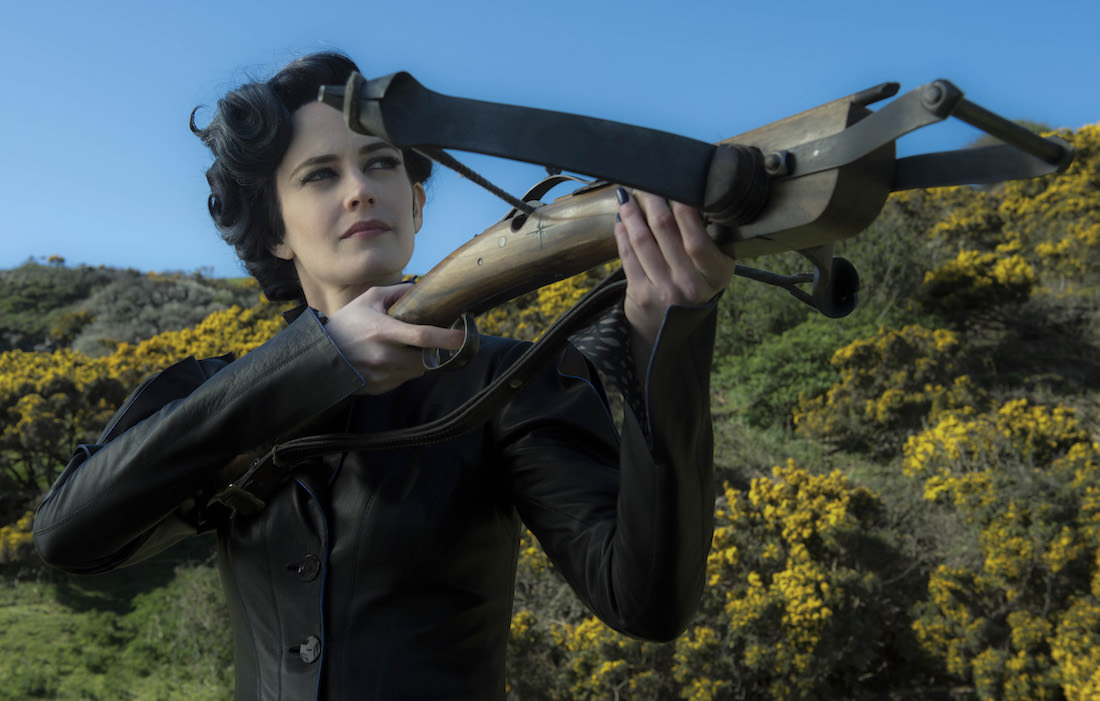 Shot mostly on location in Tampa, Florida, Belgium and Blackpool, United Kingdom, Burton made the most of these lush locales. With production designer Gavin Bocquet, the filmmakers shot the opening of the film in Tampa (which is where he filmed all of Edward Scissorhands), finding "uninspiring and simple architecture with neutral colors" that was perfect for Jake's suburban home life.

For Jake's adventure in Cairnholm, Wales, however, the production team needed to find a lush, properly European location. They found it in Portholland, on the coast of Cornwall, where Bocquet and his team built three shops and a pub and added them to the village.

As for the home in the title, obviously the most important location, the filmmakers shot in Torenhof, a castle near Antwerp, Belgium, which had originally been owned by a biscuit maker.

“It just felt like a home for peculiar children,” Burton says.  “It looked a bit tired but it still seemed like a homey place that had great character to it, and like somewhere children would want to live."

You'll be able to finally go inside the world Burton and his talented team created when Miss Peregrine's Home for Peculiar Children opens on September 30.