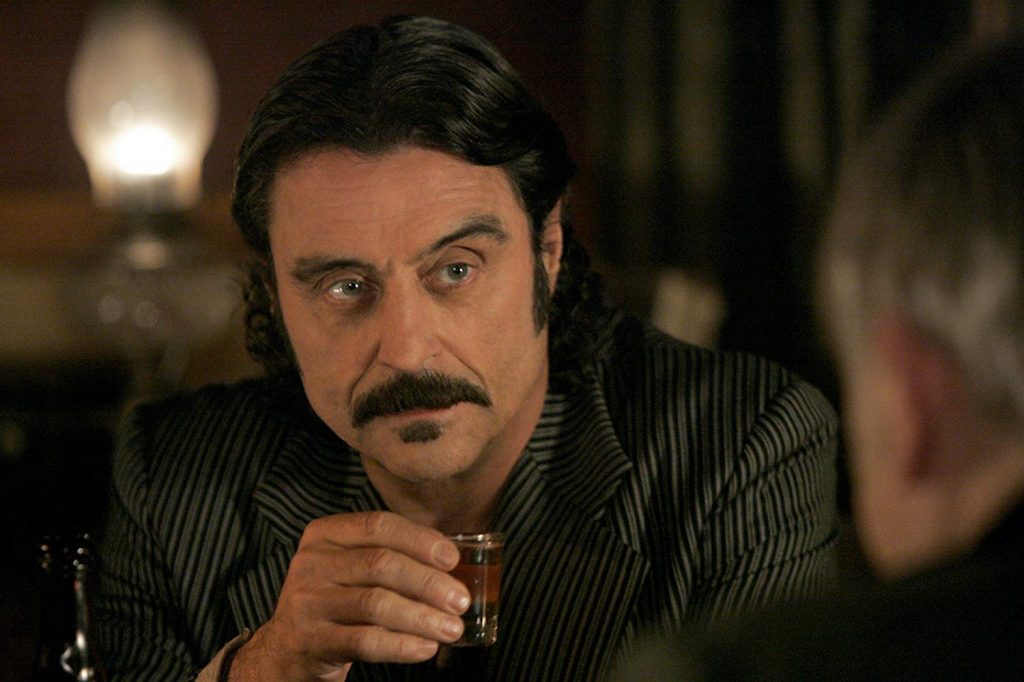 The Deadwood Movie is Actually Happening

Westworld is great for getting your kicks in a mind-bending virtual reality world where nothing has any consequence. If you are looking for a genuine outlaw adventure where the stakes are real and consequences are final, then you’re looking for Deadwood. The original wild west HBO series is officially returning in movie form.

It has been a long, faithful wait for fans of the original series. The show was shockingly canceled in 2006 after three critically hailed seasons. Deadwood took home eight Emmy wins and 20 more nominations. Reported issues with renewing the cast contracts ended the original run. It wasn’t necessarily a blow to the actors’ careers. For instance, Anna Gunn picked up Breaking Bad shortly after. However, the return has been a long and arduous wait for fans.

The historical fiction drama picks up an even decade after the events of the previous season. The show was a bloody and brutal portrayal of the wild west and blended historic figures like Al Swearengen (McShane) and “Calamity” Jane (Weigert) with original characters in the crime-riddled town of Deadwood, South Dakota. The writing was impeccable and whether a character was real or not, they all felt remarkably genuine.

Here’s the official synopsis from the announcement:

The movie comes nearly 13 years after the drama concluded in 2006 and follows the 10-year reunion of the camp to celebrate South Dakota’s statehood. Former rivalries are reignited, alliances are tested and old wounds are reopened, as all are left to navigate the inevitable changes that modernity and time have wrought.

I am not always a proponent of gimmicky publicity, but I would be curious to know what happened to these characters in the intervening years. If we don’t find out explicitly, I would be in favor of an interactive campaign like the Delos website of Westworld.

Deadwood will premiere on HBO in 2019 and the series is available to stream now.