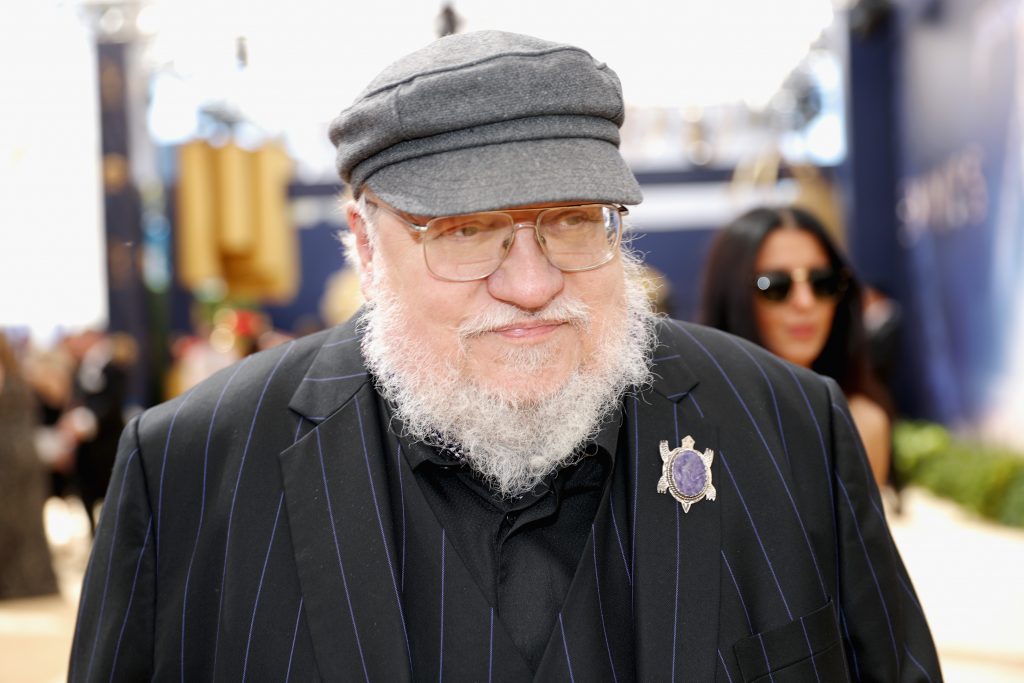 A New George R.R. Martin Project May Land on Hulu

George R.R. Martin is gradually taking over our TV and we are completely fine with that. First came that little show based on Martin’s series A Song of Ice and Fire. Game of Thrones I think it is called? Next came the outer space saga Nightflyers. Game of Thrones will embark on a final season in April, but a prequel is looming starring Naomi Watts. Now, another of Martin’s literary projects could be headed to the screen.

Wild Cards is a collection of stories that began in 1987. The complex mythology is being scoped by Hulu and could get a TV adaptation. In fact, several adaptations. THR is reporting that “multiple-series” are being considered. Wild Cards is a book series, not comics, but the project could be similar to that of the MCU or DCEU. Marvel has several properties on Netflix, that will eventually move to Disney+. The DCEU has several shows that crossover on the CW. If Hulu lands the deal, they could build something of comparable consequence.

Wild Cards would be a little different than Game of Thrones in that the books are not all actually penned by Martin. There are several authors behind the franchise, and Martin curates the stories with Melinda Snodgrass. It is still interesting to imagine a Martin-affiliated project landing on a streaming service.

If you are unfamiliar with the work, it takes place after a terrible virus outbreak in 1946. The wild card factor is that there are three outcomes when you contract the disease. Most people die from it, but survivors will either become deformed or be granted superhuman powers. The disease later slowed down, but descendants are sometimes affected meaning that a mutation or power can pop up at any point.

The books are still being released with Low Chicago being released just this June. That was #17 in the series. This deal is just getting underway, so you have time to catch up if you’re into reading the source material first.