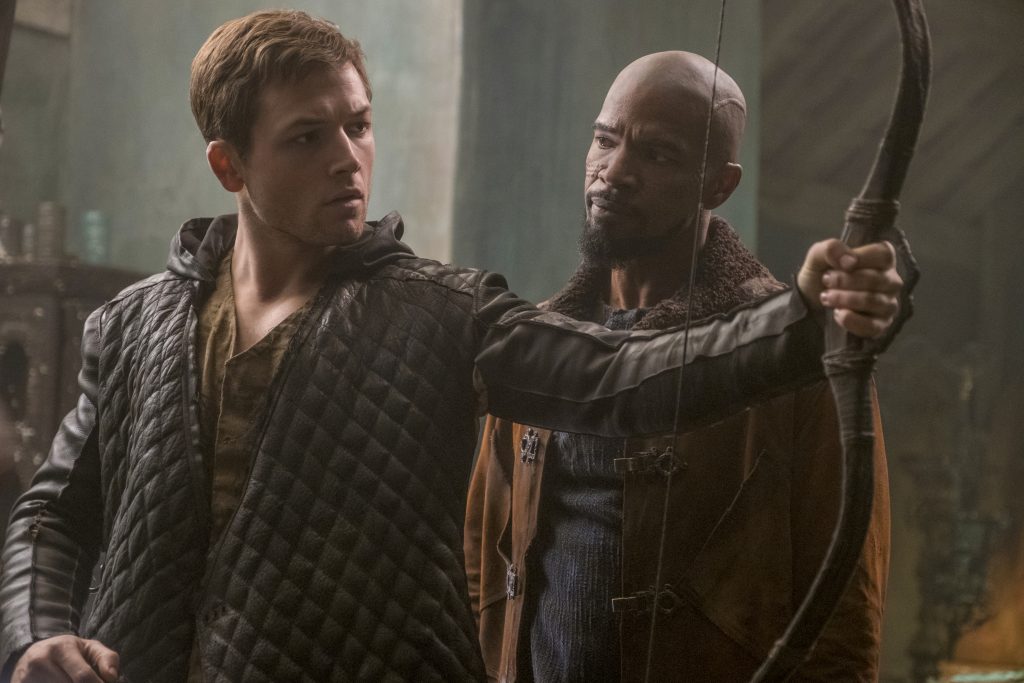 I am here today to confess that I owe the cast and crew of Robin Hood an apology. Ever since the first trailer was released, I never stopped to consider that the arrow action could be remotely realistic, much less real. There is a lot of jumping, spinning, and fire throwing going on, so I didn’t imagine Taron Egerton was slinging any actual arrows. Turns out, I was wrong. The archery consultant for the film, Lars Andersen, released a video showing how Egerton seriously prepared for the role and what the bow and arrow action looks like without VFX.

There are some serious stunts in Robin Hood that just don’t look at all possible. Like Jamie Foxx batting away arrows with a thin stick of wood feet from the shooter? Cool, but seemingly implausible. Turns out that Andersen actually tried it and realized there was only one thing they were getting wrong. The arrows could be deflected, but they would break on impact, so the filmmakers added that detail.

Apparently, Robin is an expert marksman with the longbow when the film begins. So why would he need training from Little John? Well, the longbow is apparently huge and hinders one’s ability to run around the city escaping pursuers. Little John steps in and teaches Robin to use a smaller Saracen bow. Portability is key when the king wants your head.

Director Otto Bathurst explains that the entire cast went through extensive training. There are even grips that are more or less difficult and time and skill level dictated which one they chose. “The film has enormous scale and enormous ambition, but we didn’t want it to feel like a special effects film,” Bathurst said. Maybe we are just so unaccustomed to seeing archery in the modern age, but honestly, it still kind of does.

Egerton honestly wasn’t a natural. There is some footage of him struggling, but in true movie montage fashion, he got the hang of it. He actually did learn to shoot moving targets, while diving onto his back, and while jumping through the air. The final film is definitely enhanced, but Egerton’s training for shooting while jumping backward actually looks pretty similar to the slow-mo shot in the film. The biggest feat of all? Egerton successfully learned to shoot two targets in less than a second. Congratulations, you have graduated from Little John’s school of trick archery and are ready to steal from the rich to give to the poor.