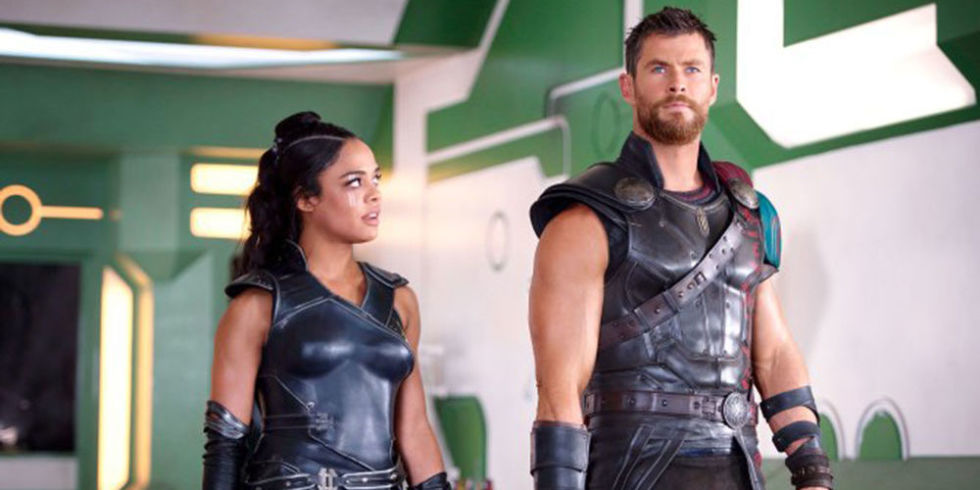 Valkryie fans, you can breathe now. The fate of Tessa Thompson’s butt-kicking, hard-drinking Asgardian has been a major question in the MCU ever since Thanos snapped half the universe out of existence in Infinity War. We were pretty certain Valkyrie survived the Thanos’ snap, but those were mostly assumptions. Now, we’ve got it from Thompson herself that Valkyrie survived the snap, and probably has a few things she’d like to say (and do) about it:

No, she’s in one piece and THRIVING ? https://t.co/AUuyAMoCbf

While we’ve been following Thompson’s progress on her Men in Black reboot with Chris Hemsworth, word is that Thompson was seen on the set of Avengers 4 during reshoots. If true, this means that we won’t have to wait until a new Thor film to see Valkyrie’s return, and thrusting her into the middle of the post-Infinity War carnage would immediately give the Avengers a major ally.

Consider that Avengers 4 will not boast the likes of Doctor Strange, Spider-Man, Black Panther, nearly all of the Guardians of the Galaxy save Rocket, Falcon, Vision, Scarlett Witch, Nick Fury or Maria Hill, and you can see how badly the remaining members will need someone with Valkyrie’s skill set. Imagining Valkyrie teaming up with Black Widow is pretty sweet, to say nothing of the fact that Captain Marvel will be on hand as well. We’ve already seen that Jeremy Renner’s Hawkeye will be coming out of retirement (again) in an effort to help the Avengers kill Thanos and possibly bring their friends back. Also, consider that Valkyrie was something of a Hulk trainer while the big guy was on his galactic gladiator tour in Thor: Ragnarok; perhaps she’ll have something to do with coaxing him back into fighting form after he spent the entirety of Infinity War refusing to come out and play.

Avengers 4 (or whatever it’s eventually titled) will be hitting theaters on May 3, 2019.