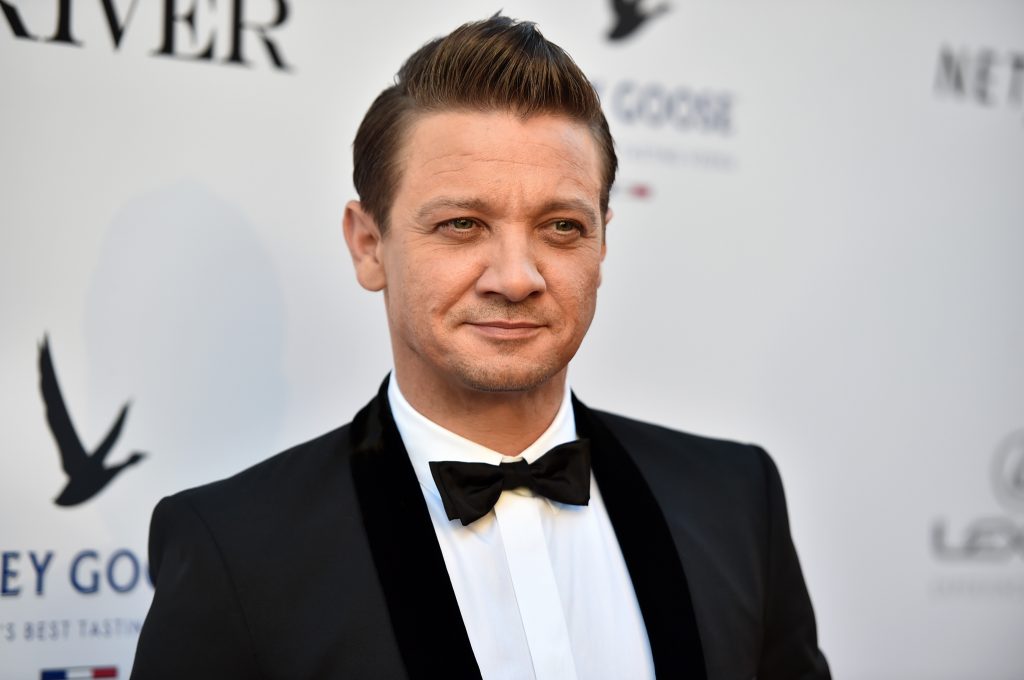 We all had a lot of fun in the lead-up to Avengers: Infinity War regarding Jeremy Renner’s Hawkeye. It became reasonably evident about mid-way through the promotional period that Hawkeye was not going to be in the Russo Brothers franchise-tilting epic. Once Hawkeye didn’t appear in any of the teasers or trailers, an entire cottage industry of “where’s Hawkeye?” faux outrage was born. It was fun. The artist Boss Logic got involved, we got involved, and even the Russo Brothers themselves joined the fray. Hawkeye, like Ant-Man, sat out the events of Infinity War under house arrest after the events in Captain America: Civil War. Once Thanos delivered the snap heard (and felt) around the universe, narratively speaking it would make a lot of sense for Hawkeye to come out of retirement (again)—that is, if he survived the snap in the first place—and help his remaining superhero pals try to fight the Mad Titan. Well, now we have photographic proof Hawkeye will be back in action, thanks to Jeremy Renner himself. What’s more, Renner has delivered, along with this photo of him during reshoots for the film, a few cryptic hashtags for us to mull.

Most of the hashtags are self-explanatory, but we’re curious about a few of them. Let’s start with #widow? Now we all know that Hawkeye and Scarlett Johansson’s Black Widow are tight, and we know that Black Widow survived Infinity War, so what’s up with that question mark? Are they having a spat, like they did in both Avengers and Captain America: Civil War?  What about #isanyonegonnashowup??? If you were in a speculative mood, you could imagine that Renner is hinting at a morale problem in Avengers 4. Poor morale would be understandable considering half the universe was just wiped out. Might the surviving Avengers feel (at least at the start of the film) that there’s no point in fighting Thanos now that he’s got all of the Infinity Stones and essentially controls time and space? As for #whoISstillALIVE? This hashtag sounds simply like Hawkeye’s shock at coming back into the fold only to find so many people gone, and wondering who else is out there that he can count on to help him fight #purplebadguy. Consider also that Infinity War ended with Iron Man marooned on Titan; there’s an excellent chance the rest of the Avengers think he’s dead, too.

If you’re looking for the gloomiest theory of all about why Hawkeye’s back, we’ve got it for you; Thanos’s snap took out his entire family. If that’s the case, not only would Hawkeye have all the motivation in the world to put an arrow in the purple psychopath’s head, he’d also likely be leading the charge to figure out a way to undo the damage Thanos has done.

We won’t know until Avengers 4 (which will have a different title by then) premieres on May 3, 2019.