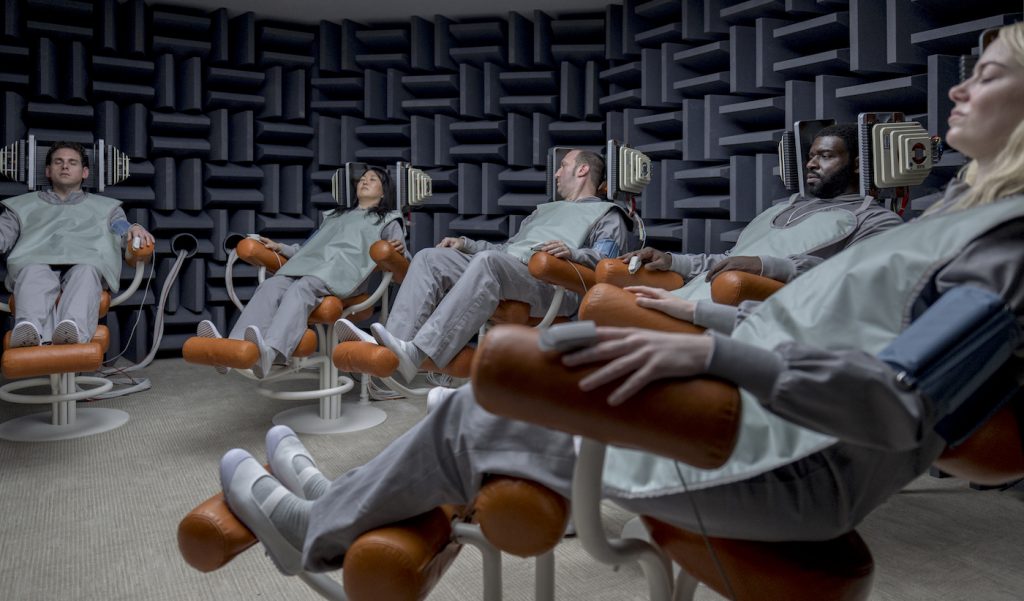 Avy Kaufman segued from casting print ads to film and television 30 years ago, and based on the success and scope of her work since then; casting director is the role she was born to play. Her 256 credits, according to imdb.com, include a range of genres produced by big studios and indie filmmakers alike. Among her most notable movie projects are The Sixth Sense, Brokeback Mountain and Syriana. For television, Kaufman has assembled casts for The Alienist, The Looming Tower, The Night Of and more.

With her latest small-screen endeavor, Maniac, now streaming on Netflix, and Lars von Trier’s serial-killer thriller The House That Jack Built, for which she helped cast Matt Dillon and others, set for release in December, she continues to be busy as ever. The Credits caught up with the Emmy winner and recipient of the Hollywood Film Festival’s 2005 Hollywood Casting Director of the Year Award to talk about the art of casting and her celebrated career. The following interview has been edited for length and clarity.

Your first film was Miss Firecracker with Holly Hunter and Mary Steenburgen. What do you remember of that experience?

I remember loving Tim Robbins. I remember everything (laughs). I also went down to Yazoo City, Mississippi, to cast all the day players, which was a different kind of casting obviously from advertising, doing local casting. It’s an interesting way to put films together as a casting director.

Are you usually hired at the very beginning or sometimes after some of the majors have been cast?

It works both ways. Sometimes, you know, an actor comes with the project and sometimes without.

I read that you’ve worked with Ang Lee a lot. Is there a shorthand that develops between you and directors you’ve often collaborated with?

Sure. I think it’s a shorthand of trust. I tell Ang people I believe in. You know, there’s a sense of trust there.

What factors do you consider apart from the look that you want? Is it ability, is it availability, pairing with other actors, your gut?

It’s all of that. It’s everything you just stated.

For Maniac, were Emma Stone and Jonah Hill already attached when you were brought on to cast?

Yes, they were already attached.

With so many stories within the story for Maniac — fantasy stories and different time periods — what were the challenges in casting?

To be honest, it was like everything else that we cast. I would get a script in and then I would research the roles and find the people that were best for those roles.

What about for the upcoming film The House That Jack Built? Were you involved in casting Matt Dillon?

We were involved in that. I gave the director ideas, and we discussed it, and then he made a decision. I thought Matt would be interesting. I put together a list of actors that I thought were suitable for that role for many reasons, their talent for one. I mean it’s how I see the role, and then the director asks me who would you cast and then I put ideas together and I give it to the director.

A number of cast members in this film are Danish, Swedish, etc.

Yes, there were probably two or three of us who cast.

For projects that include or require foreign-born actors, do you sometimes work with casting directors overseas?

It depends. Every project is different. I had specific roles I was looking for Lars.

What does that teamwork require, being on opposite ends of the world sometimes?

A lot of emails.

You also cast a lot of independent films. Do you find there’s more freedom there as opposed to working on studio films?

No, with everything everybody does, there’s something that’s always tricky somewhere. And independent films have their own trickiness. We just finished a studio film, and it could have been an independent film. There are roadblocks, and there’s always something. I don’t walk into a project going oh my God, what’s this gonna be? because sometimes it goes as smoothly as possible. I think the way the world has come in the film business, how many independent films there are now, studio and independents are so closely related now, I think.

Which of your projects required you and your team to cast the most number of roles and how many were there?

Lincoln is up there. Lincoln had over 200 speaking parts.

Is there anybody that you cast when they were up and coming, and now they’re a major talent? Anyone you considered you helped discover?

Any project that you cast and then when you saw the finished product you thought, wow, this was a great cast that was put together!

(Laughs) Yeah, and I’m not gonna tell you what film that is because I’d feel uncomfortable. But the answer is yes.

No names and no films?

It’s a great feeling to be proud of something you’ve done.

You can’t give me one?

The Ice Storm. Brokeback Mountain. There you go.