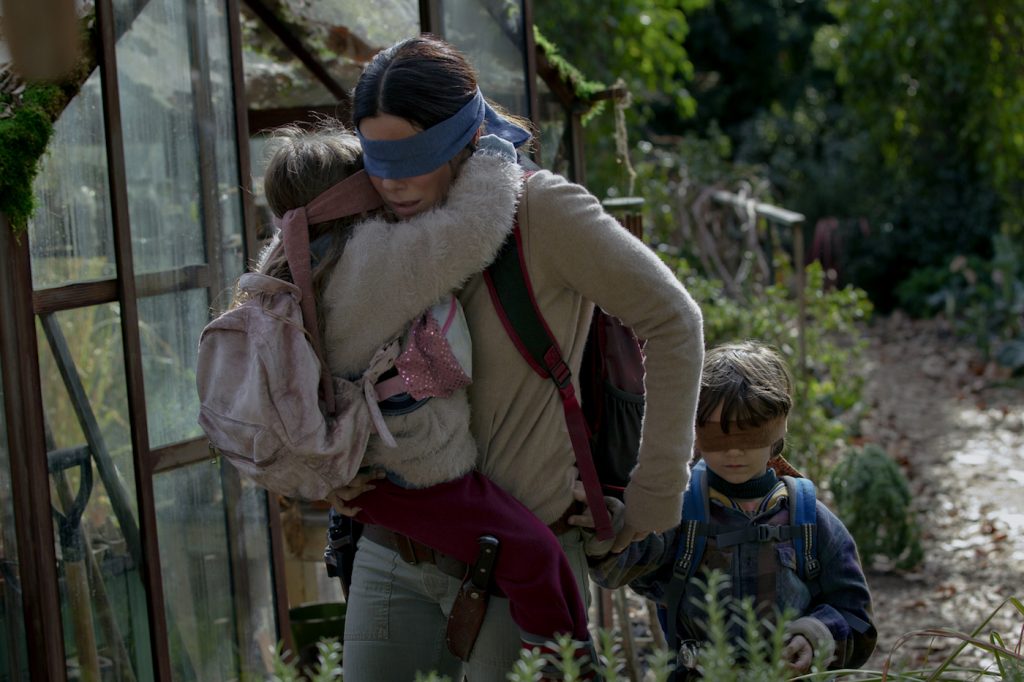 Netflix’s has dropped the first trailer for their upcoming thriller Bird Box, which boasts a stellar cast, a novel concept and a terrific director in Susanne Bier. If you want to compare Bird Box to a recent film, you won’t do better than John Krasinski’s A Quiet Place. Where A Quiet Place dealt with a terrifying alien force that hunted by sound, Bier’s film, based on a novel from Josh Malerman (adapted by Arrival screenwriter Eric Heisserer), involves a “mysterious force” that will kill you if you see it. This means the traumatized population must blindfold themselves in order to survive. We’re hoping the next installments in these “sense” horror films involve beings that murder you if you can smell them. In fairness, Bird Box has been around a lot longer than A Quiet Place; at one point in 2013, It director Andy Muscietti was in talks to direct it.

About that cast: Sandra Bullock stars as Malorie, a woman who must take her two young children in search of what she hopes will be a sanctuary from the lunatic force that has decimated mankind. The issue, of course, is that the two-day journey must be taken blindfolded, and whatever’s killing people in droves (it’s never clear in the trailer if it’s just one entity or, as one character explains, a malleable force that takes on your worst fears) will surely be aware of their movements and hunt them accordingly. Bullock stars alongside Trevante Rhodes, Sarah Paulson, BD Wong, Jacki Weaver, and John Malkovich. The first trailer is seriously bonkers in a great way:

When a mysterious force decimates the world’s population, only one thing is certain: if you see it, you take your life. Facing the unknown, Malorie finds love, hope and a new beginning only for it to unravel. Now she must flee with her two children down a treacherous river to the one place left that may offer sanctuary. But to survive, they’ll have to undertake the perilous two-day journey blindfolded. Academy Award® winner Sandra Bullock leads an all-star cast that includes Trevante Rhodes, with Sarah Paulson, and John Malkovich in BIRD BOX, a compelling new thriller from Academy Award® winner Susanne Bier.

Bird Box will be available on Netflix and in select theaters on December 21st.