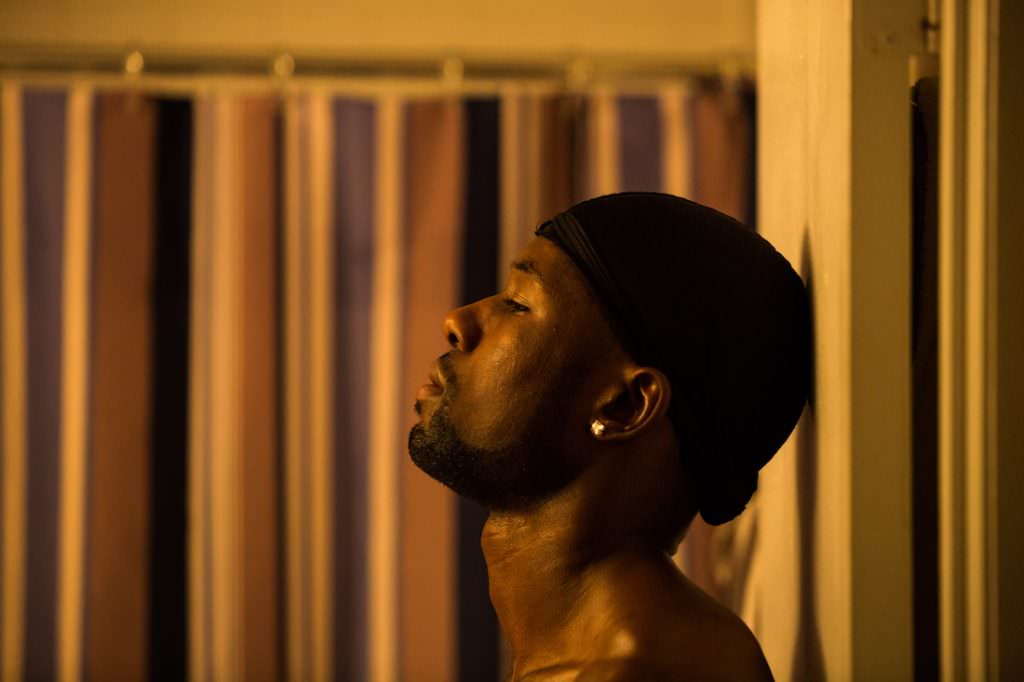 Trevante Rhodes is the third and final actor who plays Chiron in Barry Jenkins' phenomenal Moonlight. The character is portrayed at three stages of his life; as a child (by Alex Hibbert), as a teenager (by Ashton Sanders), and finally as an adult, by Rhodes. The actors get roughly the same amount of screen time, and each deliver astonishing performances, with Rhodes in particular soaring in a scene set in a diner that was so good, even the film's editor, Joi McMillon, had a hard time figuring out what to cut.

Rhodes is following up this performance with a very different kind of film, but one that might offer the young actor a chance to cement himself in the firmament of rising stars; he's joining the cast of Shane Black's The Predator. This reboot of the seminal 1987 sci-fi classic also stars Boyd Holbrook and Olivia Munn, and with Black at the helm, it will likely restore the original's winning camaraderie between the soldiers tasked with hunting down the weaponized, freakishly strong and occasionally invisible alien super-killer.

The Hollywood Reporter broke the story, reporting that Rhodes will play a Marine, and the best friend of Holbrook’s lead character (a little like Carl Weathers was too Arnold Schwarzenegger in the original). Munn is reported to be playing a scientist.

Rhodes very well may get to lay claim to having been a part of the best scene of the year (that aforementioned diner scene in Moonlight), and with a bunch of films in the hopper (Burning Sands, which will play at Sundance, Horse Soldiers, with Michael Shannon and Chris Hemsworth, and a potential role in Terrence Malick's Song to Song), it looks like 2017 and beyond are going to be good to one of the shinning stars in 2016's best film.

Featured image: Trevante Rhodes in ‘Moonlight.’ Photo by David Bornfriend, courtesy of A24​