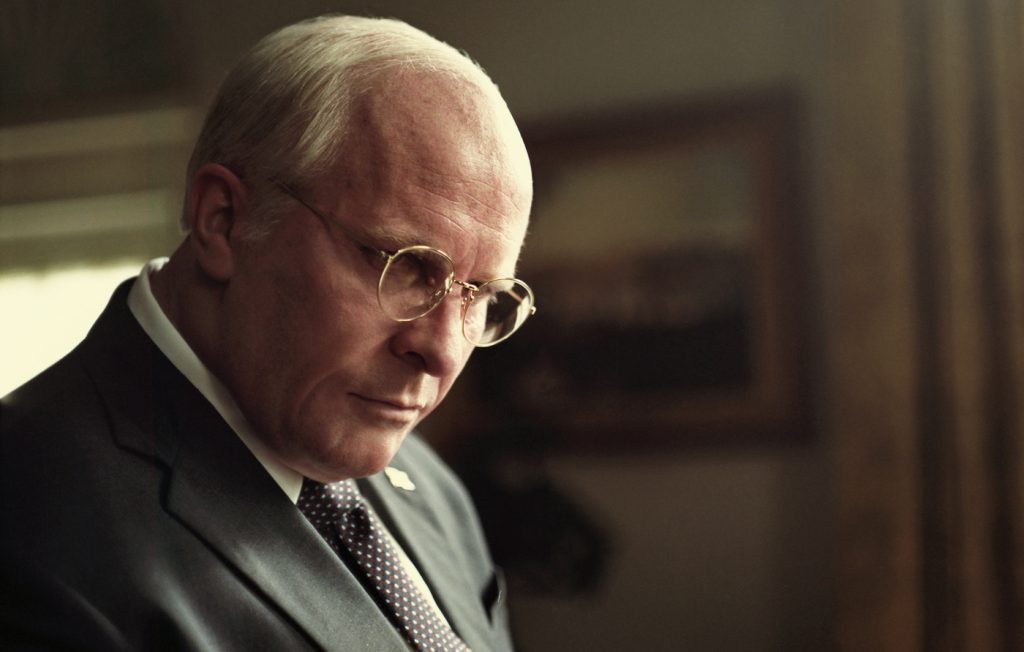 The first trailer for Adam McKay (The Big Short)’s Vice has just dropped, starring Christian Bale as Dick Cheney, the most powerful Vice President in the history of the United States. You can say that sort of thing without it coming off as hyperbole when it comes to Cheney, and in McKay’s hands, re-teaming with his Big Short star Bale, you can now count Vice as one of this year’s most intriguing projects. Bale is pretty much unrecognizable as Cheney, whose hawkish policies and ruthless politics defined George W. Bush’s two terms, and the first eight years of this century, perhaps more than any other figure in American politics.

The trailer opens with George W. Bush (Sam Rockwell, possibly giving the definitive performance of the 43rd president in a little under 8 seconds) asking if Cheney will be his VP. It’s not an easy sell; Cheney was the CEO of Halliburton at the time (his connection to the company would become a point of suspicion for years after), had already served as Secretary of Defense under W.’s father, George H.W. Bush, as well as White House Chief of Staff under Gerald Ford. His point was that the Vice Presidency would be a step down, and besides, it was a symbolic position, something the ruthless Cheney wasn’t interested in. Unless…W. Bush would agree to give Cheney a unique role. “I can handle the more mundane jobs, overseeing bureaucracy, military, energy, and foreign policy,” Cheney suggests to the eager Bush, laying out a portfolio that pretty much includes all of the president’s most important responsibilities. W.’s enthused.

Needless to say, Dick Cheney managed to turn a formerly symbolic title into the seat of power within a White House that would preside over the largest attack on American soil in history, two major wars, one of the largest natural disasters in American history and (at the time, anyway), one scandal after another. This involved Cheney shooting is own friend in the face during a quail hunt (the friend survived). There’s a lot here to work with.

Written and directed by McKay, and starring a sensational cast, Vice looks like another possible smash in the vein of McKay’s brilliant, infuriating The Big Short, which detailed the financial collapse, and the folks who got insanely rich from it, that was the coda to the Cheney/Bush White House.