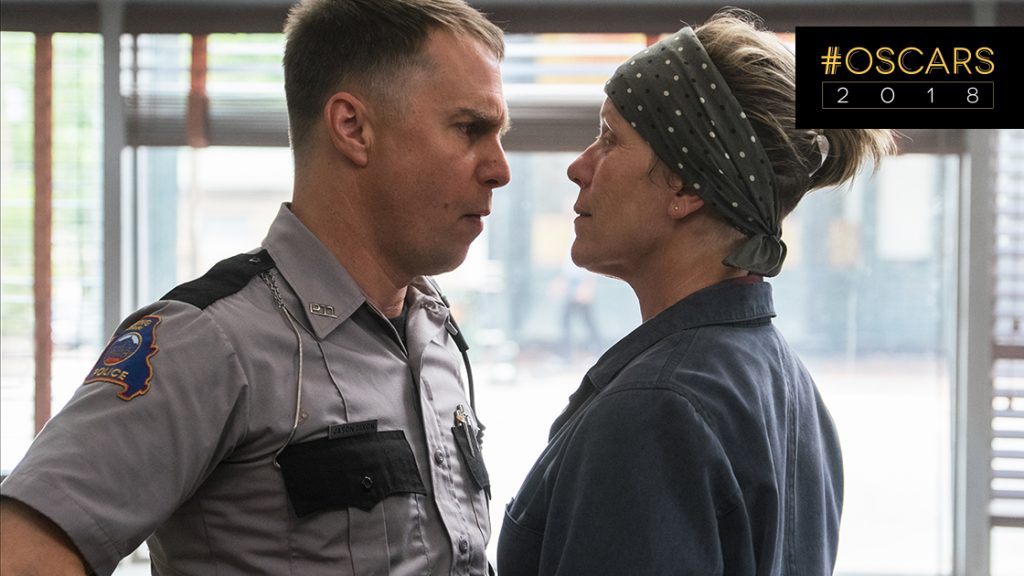 The Missouri Policeman Who Prepared Sam Rockwell for Three Billboards Outside Ebbing, Missouri

Sam Rockwell’s character, Officer Dixon, is by no means a model police officer in Three Billboards Outside Ebbing, Missouri. He’s violent, bigoted, temperamental and aloof. Yet, in order to play a character that gets everything wrong, sometimes you have to know what it looks like to get the job right. To research the role, Rockwell turned to Springfield, Missouri police officer Josh McMullin to learn the ropes.

“Liz Himelstein contacted our offices after she had watched a few episodes of Cops,” Officer McMullin explained. “I don’t know if she saw an episode I was on, but she was interested in talking to someone from our department, because she liked our accents she heard on the Cops episodes.”

The police department’s public affairs office ultimately recommended McMullin. After speaking with Himelstein over Skype, McMullin’s contribution to the film quickly grew. He was among the first people to read the film’s script and even provided consultation as he stepped into Rockwell’s role.

“The very next night I Skyped with [Himelstein] and Rockwell,” McMullin recalled. “They emailed me the script of the movie. We just went through and I read his lines and he read the lines of other actors. I just gave my perspective on the lines that I didn’t think sounded right, or gave them suggestions on some ‘cop speak’ that we use here locally.”

Rockwell was impressed with McMullin and intrigued by his career. The two exchanged numbers and Rockwell requested to visit Springfield for a ride along.

“He came out and rode with me a couple of nights,” McMullin said. “It was a slow weekend, unfortunately. I didn’t get to show him a whole lot of police work. He and I got to talk a lot and tell him a lot about the job.”

Three Billboards focuses on a brutal murder, but there’s a much more common crime in Springfield that police are often responding to. Methamphetamine production and usage in Southwest Missouri ranks among the highest in the nation.

“[Rockwell] seemed to be most interested in seeing the interactions with police officers and the people that we deal with,” McMullin said. “The people that were high on methamphetamines seemed to be of interest to him. I don’t think that’s something that he’s experienced before. It’s an epidemic.”

While Ebbing, Missouri doesn’t actually exist, it’s a seemingly far smaller town than Springfield. There appears to be only one main street, whereas Springfield is the third largest city in Missouri with a population of nearly 170,000 people. Despite the differences, McMullin hopes his experience with Rockwell was informative.

“I have been told by people that have lived in different parts of the United States that we have a friendlier way of doing things here and conducting business,” McMullin said. “Our interactions with them are usually more on the positive side than negative. I don’t know what preconceived notions he had about law enforcement before he rode with me, but I think maybe I was able to offer a true perspective for what it’s like to be a law enforcement officer in Southwest Missouri.”

McMullin and Rockwell developed a mutual admiration and still keep in touch. He gifted the actor with badges and a challenge coin that he has held onto. Spending time together proved to be eye opening for McMullin as well.

“He’s really pro-law enforcement,” McMullin said. “I didn’t really know what to expect. I think the feeling here in the Midwest is that some of the coastal regions aren’t very pro-police. I kind of expected a little bit of negativity, but I didn’t sense any of that at all. He was just a really good guy. I never expected someone of that fame to be so down to Earth.”

During the ride along, McMullin turned the tables asking Rockwell about his famous career, that now includes an Oscar nomination and Golden Globe win for his role in Three Billboards.

“We talked about a lot of things unrelated to law enforcement,” he recalled. “Of course, I had all kinds of questions about Hollywood and actors and the filmmaking process. It was extremely interesting talking about other actors. People that I had grown up watching on TV, he talked about like a best friend of his or people that he knows so well just like me talking about one of my coworkers. It’s just fascinating.”

McMullin, who has an infant son, has not yet had time to see Three Billboards. He plans to visit Redbox when it becomes available. He knows, however, he will often be reminded of the experience when he turns on his TV.

“I knew who he was immediately from Iron Man and The Green Mile,” McMullin said. “The other night I was just laying in bed and a movie came on and I saw he had a leading role in Poltergeist [2015]. I just happened to look up and see him on TV. It’s just a thrill for me to know that I have a personal connection to that guy.”