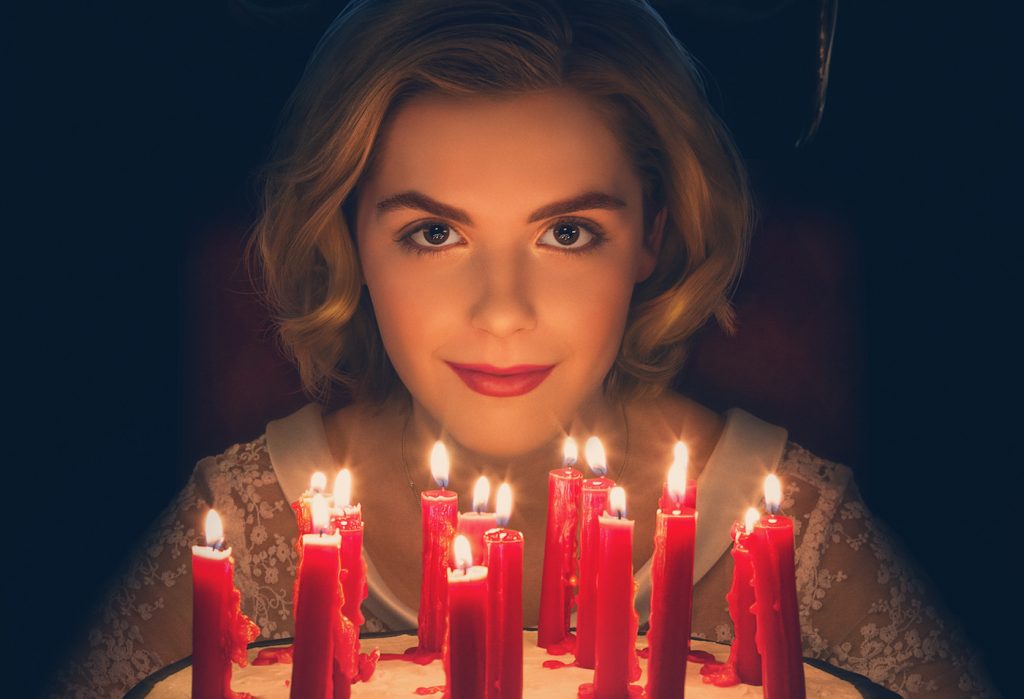 Turning sixteen has long been a threshold for teenagers, the moment when you start to exert more independence (and, if you play your cards right, your driver’s license) and become your own person. For Sabrina (Kiernan Shipka), the titular star of Chilling Adventures of Sabrina, turning sixteen means deciding between the mortal world and the witch world, and the consequences of this decision are a little more severe than anything your average sixteen-year-old has to face. Do I go to the sophomore semi-formal with my friends and my boyfriend, or, do I learn how to cast spells with my family? Do I apply for my permit, or, do I add a newt’s eye to this bubbling cauldron? The path of light or the path of night, Sabrina must choose one. In a new trailer for the upcoming Netflix series, we see just how much darker and more twisted this version of the popular teenage witch’s travails with the occult are going to be.

From what we can glean, the series opens with Sabrina refusing to join the path of night, a fateful decision that will have significant implications for her and her family. The tone is humorous but not slapstick, with more than enough legitimate chills to earn the title. Sabrina’s choice to honor her mortal half looks like it’s going to bring her a lot of unwanted attention from various members of the supernatural world, who don’t seem to care for this “half-breed” much at all.