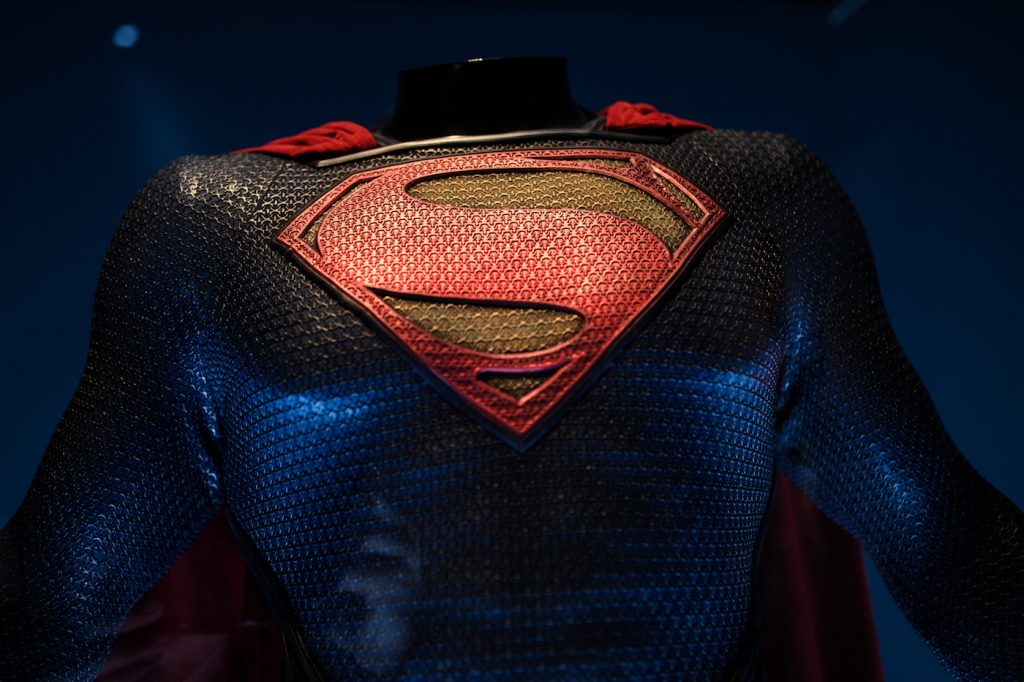 Perhaps Clark Kent is trying to fit in with Batwoman? In a new image from the set of this year’s epic Arrowverse crossover event which is uniting the casts of the CW’s three superhero series (The Flash, Arrow, and Supergirl), everyone’s talking about the one superhero who doesn’t even have his own show on the network. While Ruby Rose’s Batwoman is still the thing we’re most excited about (check out her incredible Batwoman suit here), Tyler Hoechlin, who is returning for this year’s crossover event as Superman, is doing a great job shifting the attention to his black-suited Man of Steel. Superman fans have long wanted to see the iconic black suit on the small screen, and now they’re finally getting their chance. The first time the black suit appeared was in the famous “The Death of Superman” DC Comics arc in the 90s, yet there’s no word yet on whether or not this year’s Arrowverse crossover, titled “Elseworlds,” has anything to do with that series. Check out the suit below, shared by Arrow star Stephen Amell:

We do know that “Elseworlds” will take place at least partly in Gotham City, where Rose’s Batwoman will make her grand entrance before she headlines her own series next year. We also know that Cassandra Jean Amell is playing Nora Fries (pronounced freeze), who is the wife of Batman’s frosty antagonist, Mr. Freeze.

Featured image: LONDON, ENGLAND – FEBRUARY 22: A Superman costume from the 2013 Man of Steel film worn by Henry Cavill and designed by Michael Wilkinson and James Acheson is on display at the DC Comics Exhibition: Dawn Of Super Heroes at the O2 Arena on February 22, 2018 in London, England. The exhibition, which opens on February 23rd, features 45 original costumes, models and props used in DC Comics productions including the Batman, Wonder Woman and Superman films. (Photo by Jack Taylor/Getty Images)