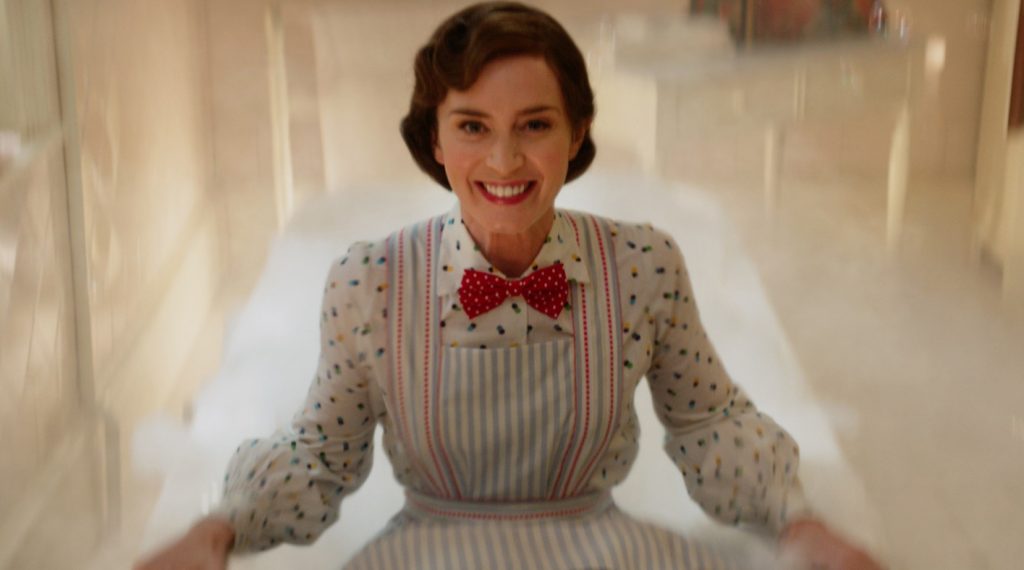 We could all use a little Mary Poppins in our lives right now. This is precisely what we’re getting in a new trailer from Walt Disney Studios, in which the wondrous Emily Blunt stars as the titular magical Mary, who in Mary Poppins Returns arrives with the equally wondrous Lin-Manuel Miranda as the lamplighter Jack. The two megawatt stars front Rob Marshall’s follow-up to the 1964 classic, with Mary returning to help out a new generation of the Banks family after they’ve suffered a terrible loss. The Banks children, Michael (Ben Whishaw) and Jane (Emily Mortimer) are adults now, and Michael’s got three kids of his own. The whole family could use some cheering up, and who better to perform that particular duty than Mary Poppins? And the fact that Mary’s got an assistant now who is the same guy who created Hamilton only means the Banks family has managed to attract not one but two magical mood-swingers. Oh, to be a Banks!

The new trailer is delightful, capturing the mischievous spirit of the original film and making the most out of the outrageously talented leads. The trailer aims squarely at the heart, with a nice mixture of the practical thrills of the original film (with the singing and the dancing and the general merriment) and some computer-generated effects that add a little more wow factor to some of the visuals. There’s nothing not to like here.

Featured image: Emily Blunt is Mary Poppins in Disney’s MARY POPPINS RETURNS, a sequel to the 1964 MARY POPPINS, which takes audiences on an entirely new adventure with the practically perfect nanny and the Banks family. Courtesy Walt Disney Studios.