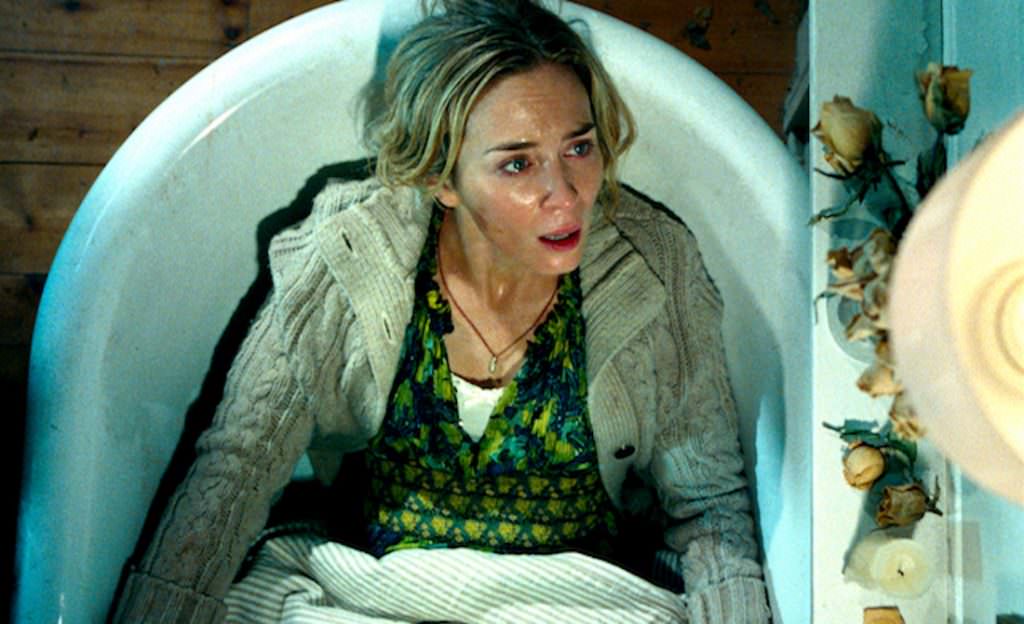 “Move carefully, and never make a sound.” These are the warnings delivered in the opening moments of John Krasinski’s A Quiet Place, a supernatural thriller that is quiet a swerve since his last directorial effort, 2016’s romantic comedy The Hollars. A Quiet Place’s premise, as far as we can tell, is that Krasinski and his real life wife Emily Blunt play a married couple who, along with their children, Wonderstruck‘s Millicent Simmonds and Suburbicon‘s Noah Jupe, have to live in total silence for fear of awakening a malevolent force that will hunt them. The family speaks in sign language, and steps very gingerly throughout their house (they roll the dice while playing Monopoly on a carpet, and move their pieces around without a sound), but who among us could keep absolutely quiet forever? When Jupe’s character accidentally knocks over a lantern, the family immediately becomes prey.

The cast is excellent, and with cinematographer Charlotte Bruus Christensen, who lensed Blunt in the tense The Girl on the Train, and production designer Jeffrey Beecroft, whose done incredible work turning banal spaces into nightmares in 12 Monkeys and The Game, Krasinski has the talent around him to turn a very clever conceit into a thrilling film.