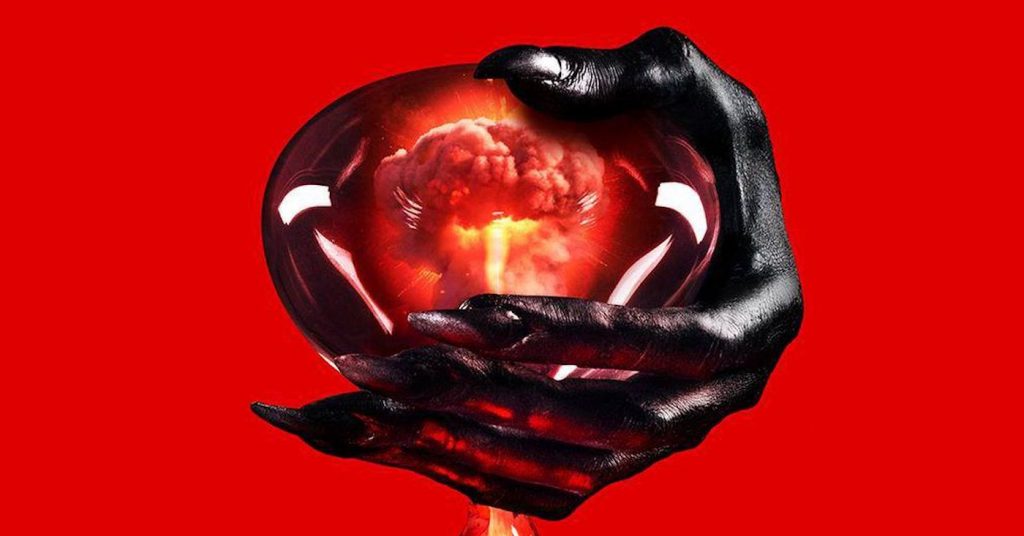 The AHS: Apocalypse Trailer is a Greatest Hits Bonanza

The first trailer for American Horror Story: Apocalypse is completely batty. Familiar characters may have returned, but the suffocating angst of Murder House and glamorous sophistication of Coven have given way to the outrageous. Some of the most fun personas from the series return in a wild mashup mixed with a wild new storyline.

“No need for the rules anymore. The chaos has won,” the trailer declares. No kidding. Pandemonium has broken out across California in the form of a radiation crisis and people disappearing at 30,000 feet. Harrison (Billy Eichner) and Coco (Leslie Grossman) make morbidly hilarious appearances and are likely to be sacrificed early in the season. What could make their scenes nuttier? Being joined by Joan Collins, of course.

The best bet to survive the apocalypse is “Outpost Three” that will apparently protect from the radiation, but it’s not a really pleasant place to be. Sarah Paulson in yet a new form appears to rule the roost with a leather glove. In the most seriously extreme Victorian gothic style, Paulson and Kathy Bates have some really strict rules and really severe punishments. They are obviously hoping for a lot of victims.

Just to keep things grounded, enter a few familiar elements. The witches, the rubber man, and Constance’s satanic son are all back. No one seems to be in the same time period, but they are all in the same place. That spiral staircase that shows up in all of the show’s central locations is highly featured. There is also a super adorable couple who appear to be somber starcrossed lovers in the midst of the madness. If this were any show other than AHS, I would say it is improbable for it all to connect. However, AHS always finds a way.