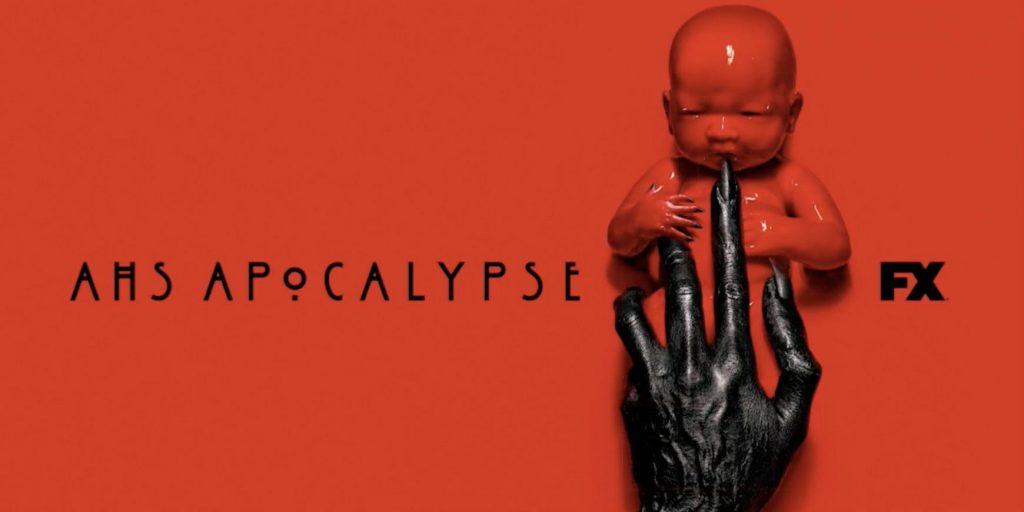 When we interviewed American Horror Story: Cult‘s Emmy-nominated actress Adina Porter, she couldn’t say much about Apocalypse, save for the fact she was in the makeup chair preparing for a scene when she found out she’d been nominated for her performance in Cult. Which was to be expected; Ryan Murphy loves keeping his upcoming seasons quiet and doling out cryptic, creepy little morsels to keep fans guessing. This method has been the case for Apocalypse, which Murphy has teased with mushroom clouds, gas masks, creepy babies and more, but nothing much in the way of plot. That’s finally changed—a bit—with a new teaser for the Murder House and Coven crossover. It’s long on mood and short on narrative, but you’ll undoubtedly notice the return of Emma Roberts as Madison Montgomery and the great Jessica Lange as Constance Langdon.

American Horror Story: Apocalypse looks to be about an actual apocalypse. We see burnt out cars and crashed helicopters on a desolate, gray landscape. We see a flash of someone in an Haz-Mat suit, and we see Dylan McDermott back Ben Harmon from the very first season (which had the subtitle of Murder House, for you AHS newbies).

What the hell is going on here? Is this hell? How will the Murder House and Coven storylines converge? Why does it mean the potential end of the world? How come everyone in this teaser looks so cool? How come Evan Peters is back in some new form suggesting it’s time to eat someone? How is it that Madison Montgomery is alive again, after being strangled by Peters’ Kyle Spencer in Coven?

These are all questions we’ll have to wait to have answered until the premiere on FX on Wednesday, September 12. Returning favorites include the aforementioned Porter, the always great Sarah Paulson, and the fantastic four; Frances Conroy, Kathy Bates, Taissa Farmiga, and Billy Eichner.