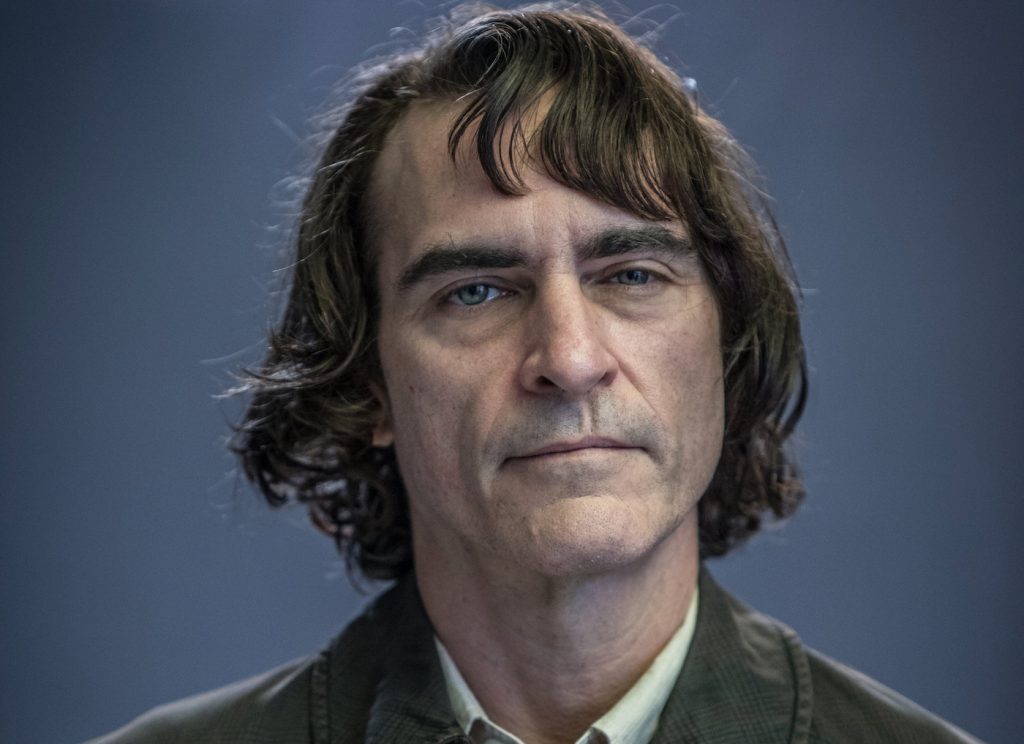 Not since Jack Nicholson’s gleefully playful turn as the Joker in Tim Burton’s 1989 Batman have we seen Gotham’s greatest villain dressed as an actual clown. Nicholson’s performance was one for the ages and looked likely to be the seminal Joker, that is until Christopher Nolan’s The Dark Knight hit theaters in 2008. That’s when Heath Ledger gave us a sadistic, surprisingly soulful Joker, one whose runny, weather-beaten face paint and stringy hair looked less like a clown and more like a fiendishly clever escaped mental patient. In a new image from the set of Todd Phillips’ Joker, we see Joaquin Phoenix dressed up as an actual clown, with the huge boots, checked jacket, tiny hat and white clown paint that you might see at a circus or a carnival (one can’t imagine this individual being invited into a child’s birthday party, however). Have a look at the arresting image here:

For Phillips’ Joker, we’re getting a very different kind of supervillain. That was made clear by the first image Phillips shared from set, which showed Joaquin Phoenix’s Arthur Fleck (the Joker’s real name in this iteration) looking, well, like a normal sad sack. Phillips’ Joker is going to be both an origin story and a character study, and considering Martin Scorsese is on hand as a producer, and the film’s cinematic touchstones are his The King of Comedy and Taxi Driver, we should expect a more down-to-earth, believably crazy Joker. It’s also not for nothing that the star of both of those Scorsese films, Robert De Niro, is in Joker as well. It’s also worth mentioning that Joker exists outside of the larger DCEU, and that its modest budget is all a part of a more gritty approach. So DC now has two Jokers, and Phoenix’s version looks about as different as possible to Jared Leto’s Joker, who had a role in Suicide Squad and will factor into the larger DCEU alongside his paramour Harley Quinn (Margot Robbie). Robbie has got her Birds of Prey film cooking for the DCEU as well, which will give us Harley Quinn in an ensemble with an all-female superhero group.

What does this image tell us about Joker? We know the film is set in the 1970s, and that Arthur Fleck is a comedian (or trying to be) who goes off the deep end. Is he a vaudeville performer of some kind? Does he come to his clownish villain persona through his act? What we can say for sure is that the images we’ve seen thus far, both of Phoenix and his co-star Zazie Beetz, has looked very different from the previous iterations we’ve seen of this iconic character and the larger DC comics universe. These people look real. We’re enjoying the fact that Phillips keeps sharing these nuggets from set, and we’ll continue to parse every new image we see.

Joker is due in theaters on October 4, 2019. Joining Phoenix, Beetz and De Niro are Marc Maron, Shea Whigham, Glenn Flesher and Bill Camp.