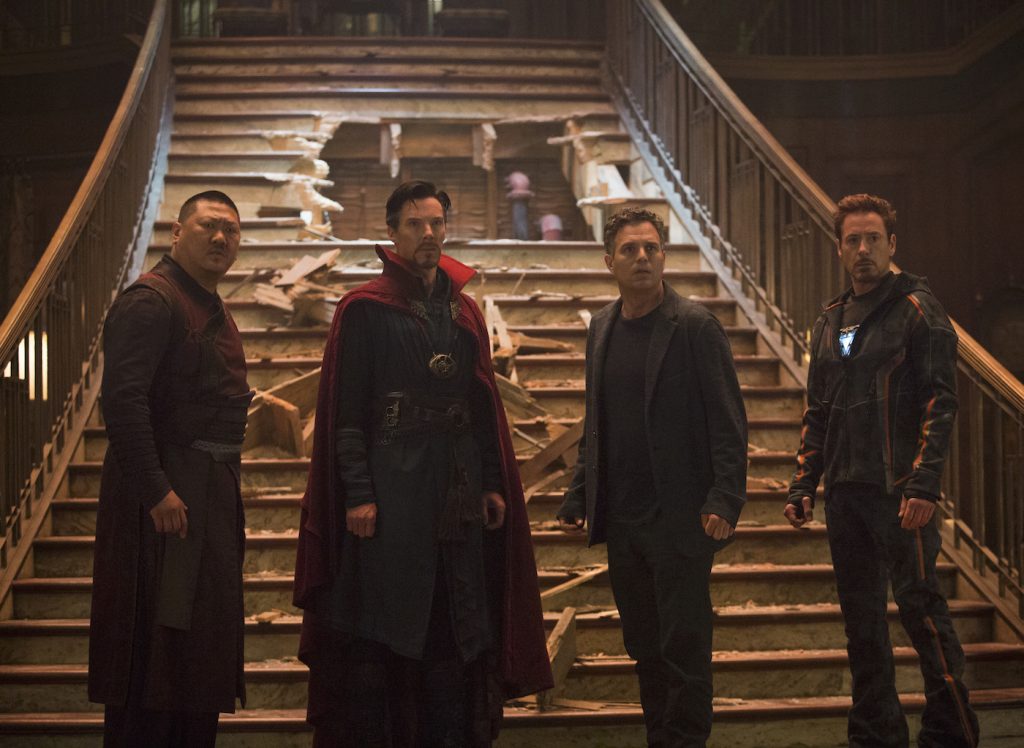 Keeping the spoilers for Avengers 4 can be stressful. Benedict Wong is literally pulling his hair out over it. Or someone is. The Doctor Strange actor posted a selfie from the set as effects makeup artists pull on a second skin. The headpiece is a pretty exact match to his hair and skin, but there must be a reason he needs the disguise. The most infamous incognito characters in the MCU are the Skrulls, and Wong might be their next victim.

Happy to be filming @avengers 4 .But the cleaning of spoilers is a bit much!? ??‍?

To dig into this mystery, we’ll need to revisit that Captain Marvel trailer. Remember when Captain Marvel punched that nice grandma on the train? She likely isn’t a nice old lady, but a Skrull in disguise. The introduction of Carol Danvers will bring all of the perks of her powers, but this pic of Wong suggests it will also bring her enemies. The Skrulls are an infamous evil in the MCU and will be the main villain of Captain Marvel.

When Nick Fury called for Danvers in the post-credits scene of Infinity War, she is presumably out fighting evil elsewhere in the universe. Hopefully, that makes her immune to Thanos’ snap, but whatever bad guys she’s fighting at the moment could tag along back to Earth. Things could get very complicated if she’s trying to save humanity while fighting aliens of her own. Particularly since those aliens have a penchant for taking human form and can imitate friends and allies.

The other theory here is Thanos related. With the six Infinity Stones, Thanos can manipulate just about anything. The Reality Stone can turn bullets to bubbles, so it can probably also do some pretty tricky things to people. Perhaps Thanos is able to conjure up a Wong imposter. Whatever the case may be, when Avengers 4 opens, don’t believe your eyes.

We are less than eight months from that day, but we still are digging for scraps about the new film. We still don’t know the film’s official title. While the Russo Brothers did try to drop a clue, it’s still unconfirmed. Jeremy Renner did confirm that he will appear as Hawkeye in the next chapter of the Thanos saga. Fingers crossed some of our fallen Avengers will rejoin the ranks.

Avengers 4 is targeting a May 3 release date.