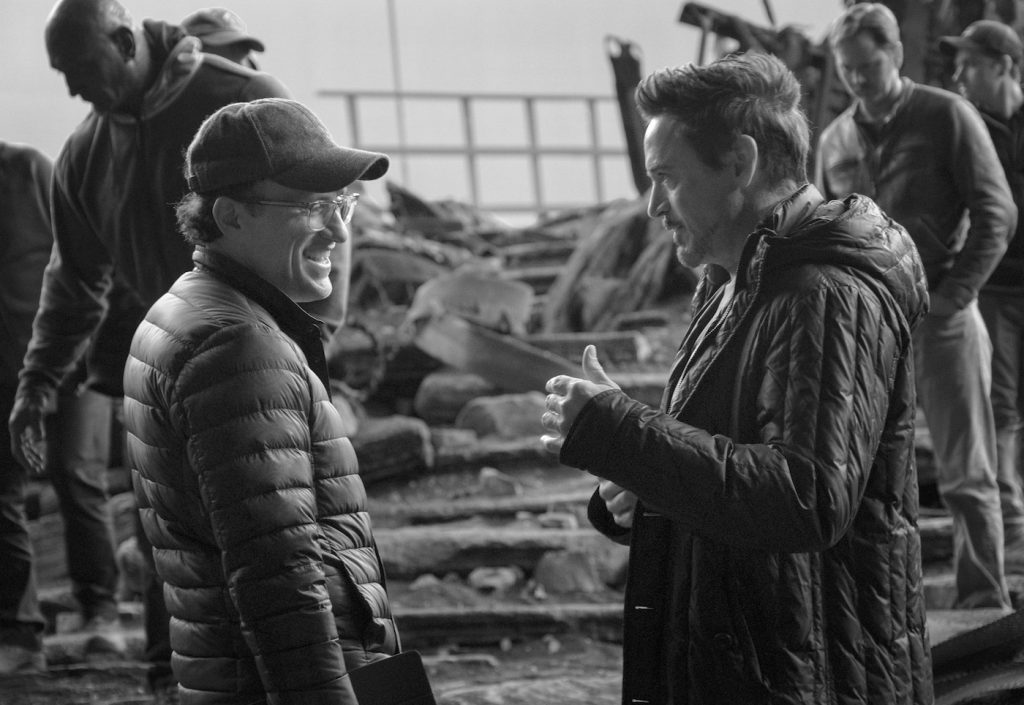 Can you Spot the Hidden Clue in this Cryptic Avengers 4 set Photo?

You’ve got to hand it to Avengers: Infinity War and Avengers 4 directors Joe and Anthony Russo; they sure know how to drive fans insane. The Russo Brothers have dropped a brand new photo from the set of Avengers 4, with the crazy-making caption “Look hard…”, inviting all of us to scour the shot for something, anything, that would give us a clue about the upcoming final film in MCU’s phase 3. Have a look:

That appears to be Joe Russo on his laptop, sitting in a chair on an empty soundstage. The black and white image includes a latter, a cooler by his feet, a table with a bottle of water, cable, what appears to be an easel with some paintings (perhaps storyboards?) and other objects that look entirely appropriate (and, frankly, mundane) for a film set. Are we supposed to be curious about what’s on Russo’s computer screen (perhaps the script?), or searching the shadows for some kind of clue (a seventh Infinity Stone?), or, is this one massive—if playful—trolling session?

Well, fans have already begun weighing in, going to work on the photo like Benedict Cumberbatch’s Alan Turing did on the Nazi’s enigma code in The Imitation Game. One of the clever things two fans noticed is that the photo seems to include four A’s, which, ta-da!, equals Avengers 4.

In what could be a seriously brilliant find, one Twitter user thinks he’s found the actual title for Avengers 4 hidden in the photo. Granted, this might be a stretch, but once you see the letters he’s found, it does become hard to un-see them. Plus, it would actually be a fantastic title for the film:

What do you think? You see something everyone else is missing?