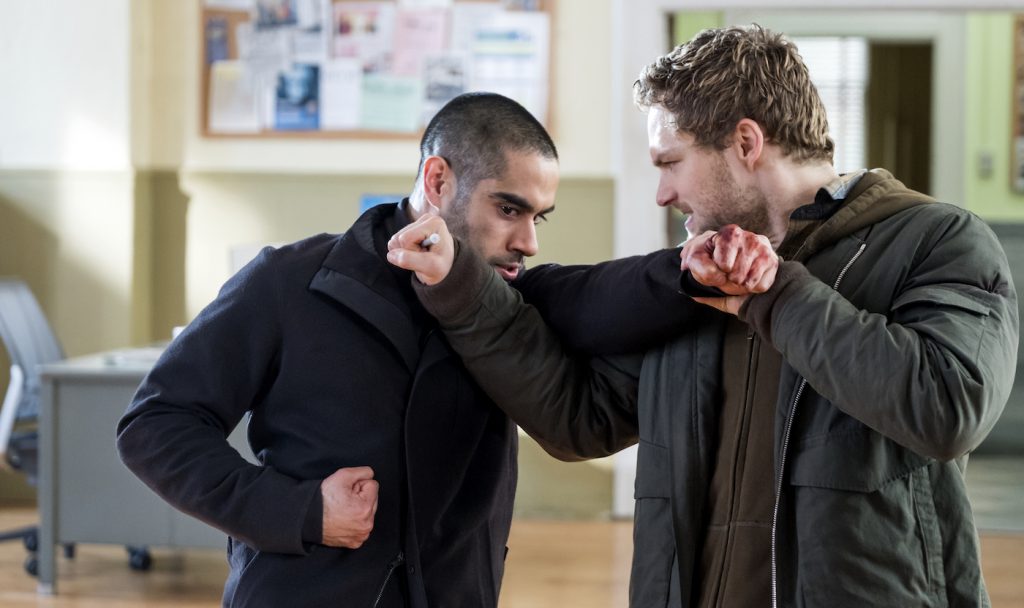 Think stunt coordinator Clayton Barber knows a thing or two about staging a good fight? First, take the fact that the man is a black belt in Tae Kwon Do, and was known as The Matador when he competed. Second, have a look at some of his film credits since he began using his skills to help make on-screen action look more realistic: he was a stunt performer in John Wick: Chapter 2 and The Fate of the Furious and a fight coordinator in Ryan Coogler’s last two films, Creed and Black Panther. On the small screen, Barber’s using his gifts for “violent ballet” on two Marvel shows; Iron Fist‘s second season and Jessica Jones‘ third season. In two new videos, Barber takes us inside the stunts for Marvel’s Iron Fist, showing us how he puts together some of the best fights in the business.

“Every punch, kick and block must be performed to perfection in order to make action the star,” Barber says in the second video. For Iron Fist’s second season, Barber wanted to bring a new level of intensity to the show and give Danny Rand (Finn Jones)’s fight a visceral quality. He’s succeeded.

If you haven’t seen Iron Fist yet, the story follows the billionaire Danny Rand who has returned to New York City after being missing for years. His martial arts mastery is enhanced by his ability to summon “the awesome power of the fiery Iron Fist,” as the synopsis has it, which makes him a force to be reckoned with. In reality, it’s stunt coordinator Barber and his team that helps turn Finn Jones into the ferocious Iron Fist, creating some of the small screen’s best fight sequences.

Check out the videos here: