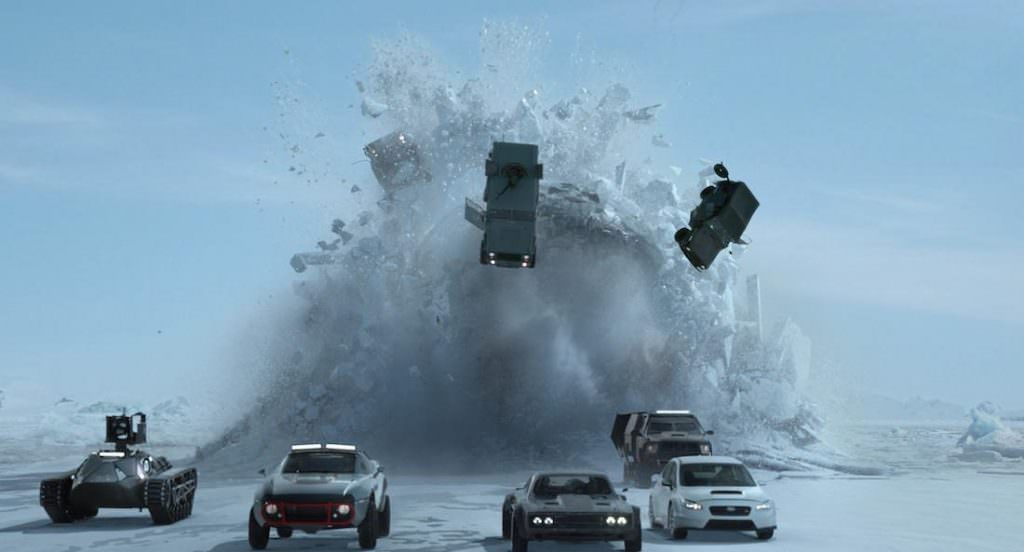 Today marks the opening of The Fate of the Furious in Japan, although you won’t find the film in theaters. This doesn’t mean Vin Diesel, Dwayne Johnson and Charlize Theron aren’t ripping it up on big screens across the country, it just means they’re doing so in a film titled Wild Speed: Ice Break. As you can see in the featured image, there's a major sequence where our heroes race along on a massive ice sheet, and yes, that ice sheet eventually breaks (thanks to a breeching submarine, no less), hence the title.

Japan has a rich history of renaming American films to better appeal to their local audiences. In fact, the Fast & Furious franchise alone has undergone a bunch of catchy title changes, all of which lean towards the overly literal. The last film, Furious 7, became Wild Speed: Sky Mission, thanks to that insane parachuting cars stunt. Fast & Furious 6 became Wild Speed: Euro Mission, because much of the film took place in Europe. As the New York Times noted, over in Hong Kong, The Fate of the Furious became Wild Speed, while Taiwan went for the even more illustrative The Moment You Play with Death.

But back to Japan, the reigning champs of the title change—the country has had some doozies, one of which was so random it forced the studio to apologize. Japan Today rounded up a list, and we’ve cherry picked our favorites.

Napoleon Dynamite became Bus Man, for some reason. (There’s a school bus in the film, but it has little to no bearing on the narrative, and the title was confusing enough that 20th Century Fox eventually apologized).

Bring it On became Cheers!

Now this one is just really fantastic; Being John Malkovich became Malkovich’s Hole.

And finally, that 1986 classic, Ferris Bueller’s Day Off,  was changed to what sounds like a French farce—Ferris, Suddenly One Morning.

Featured image: A scene from The Fate of the Furious. Courtesy Universal Pictures