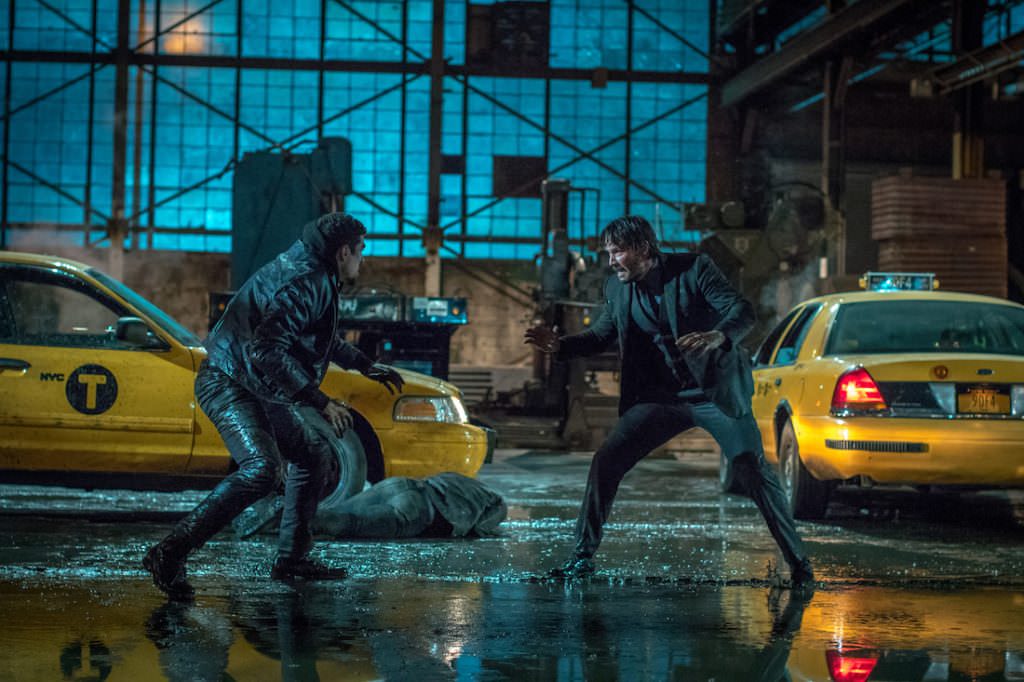 Keanu Reeves thrilled action fans three years ago when his title character killed 141 bad guys in John Wick. For John Wick: Chapter 2, opening Friday, stunt coordinator J.J. Perry faced a formidable challenge: How do you take somebody who’s already played a super-lethal hit man and make him even more deadly? "The obvious way to make the movie better was to make Keanu better, since he's our starting pitcher," Perry says. "To do that, we prepped for nearly four months and Keanu trained his ass off."

Perry transformed the film's 52-year old star into a body-slamming gunslinger by subjecting Reeves to a seven-days-a-week workout program headquartered at Stahelski's 87Eleven Action Design studio in L.A. For three and a half months, Brazilian jiu jitsu master Rigan Machado taught Reeves new moves. "I also brought in a Navy Seal and a guy from Special Forces because I wanted to surround Keanu with a bunch of killers," Perry says. "That’s what he was going to be in the movie and I figured maybe some of that would rub off on him."

"Couple of times every week, Keanu went to Taran's interactive firing range, where you run around shooting targets while re-loading your weapons," Perry says. "They change the course constantly, so it's basically like choreography more than any other method of shooting. Keanu fired real bullets, which gave him great respect for the 10 millimeter Glock, the AR 15 semi automatic and the Benelli shotgun."

Perry, a martial arts prodigy who earned his Tae Kwon Do black belt at age 12 and broke into stunt work in the late '80s after serving in the Army, has staged fights for hundreds of projects including Django Unchained, Transformers, The Expendables and TV's "Walker, Texas Ranger." "I've done 135 films, I've worked with all the action stars and I can tell you, Keanu's work ethic is unmatched by anyone I've ever trained. He's hyper-disciplined."

It was essential that Reeves master his fighting skills because Perry and Chalheski expected him to wreak mayhem on camera absent the crutch of post-production CGI or fast edits. "From the very beginning our mantra was "Tactical practical reality plus ten percent,' meaning, Keanu does the action for real in long takes. We might bend reality maybe ten percent, but we weren't going to use a bunch of post-production except for a few muzzle flashes and blood spatters."

Many contemporary action filmmakers use animated "pre-vis" storyboards to sketch out action sequences in advance, but Perry and his team chose instead to test their ideas on the ground. "I took a bunch of stunt guys with rubber guns down to the ancient Caracalla bathhouse tunnels in Italy and ran the course, plugged and played all the moves we'd worked on," he recalls. "I shot it, showed it to the boss, and Chad said 'Okay man, lets do it.'  Later on, we got the expert camera men with their beautiful lighting and the actors embellishing everything with their thespian talents making the sequence come to life in this amazing way."

Perry acknowledges that his "old school" approach might feel contrarian amid the sea of CGI-powered movie spectacles, but he wouldn't have it any other way when it came to John Wick 2. "In a way, this is a throwback," Perry says. "Chad and I watched Kurosawa, we watched Sergio Leone. We decided if they could do action without tricks, then so could we."