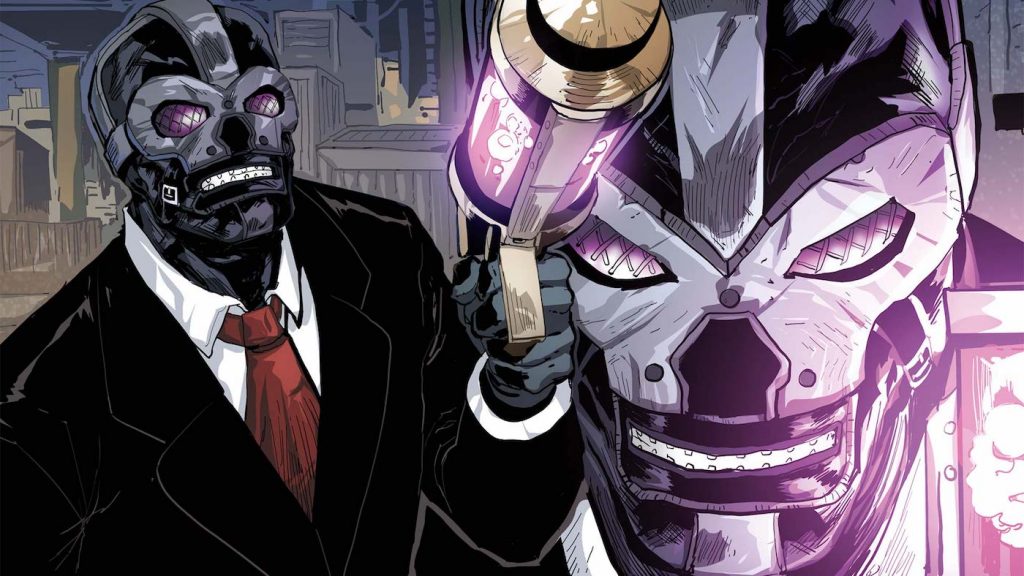 Warner Bros. Pictures’ Birds of Prey is picking up steam. The all-female superhero film, starring and executive produced by Margot Robbie, has recently revealed which characters will be joining Robbie’s Harley Quinn as they take to the streets of Gotham. They are Black Canary, Huntress, Cassandra Cain and Renee Montoya, who will all fighting alongside Daddy’s Lil’ Monster. Now, thanks to The Wrap, we know who they’ll be fighting against—Black Mask, one of Batman’s most notorious, brutal enemies.

Roman Sionus, aka Black Mask, is a mob kingpin in Gotham with a lunatic fixation on masks. He was created by Doug Moench and Tom Mandrake, making his first appearance in August 1985’s Batman issue #386. Eventually Black Mask created a kind of cult, called The False Face Society, who acted as his brutally loyal mob. “Every member of the society was given a mask that would reveal their ‘true’ selves, and the whole practice eventually became a sort of religious experience, making the False Facers some of the most loyal and devoted scumbags around,” writes DCcomics.com.

Roman Sinous had first attempted to be something of a Bruce Wayne-like businessman—that is, after he murdered his wealthy parents and took control of the family corporation. The problem was he wasn’t any good at business, and his epic failure drove him even more insane. He decided he’d take revenge on the people he felt were responsible for his failure (spoiler alert—Bruce Wayne and Wayne Enterprises), and he reemerged as the black mask wearing sociopath who went on to torment Batman and Gotham.

Birds of Prey will be directed by Cathy Han, and is based on a script from Christina Hodson, who is also writing Batgirl for DC (she also penned the upcoming Bumblebee standalone film.)

Robbie has been the driving force behind Birds of Prey, and her scene-stealing turn as Harley Quinn in 2016’s Suicide Squad essentially demanded that the character get a much bigger stage to play on. Pitting her and her fellow Birds of Prey against one of Batman’s most charismatic villains (excusing the Joker, of course) may give her precisely what this film needs—a bad guy who can hold the screen with her.