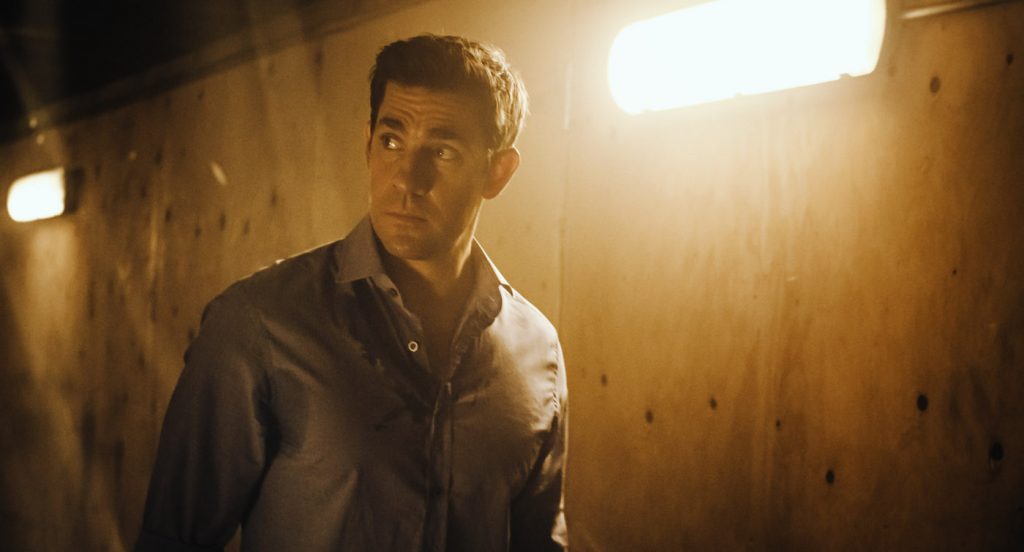 If you’re going to try and recreate some of the technical specificity and knowledge that the late Tom Clancy used to pour into his books, you might as well do it with his most famous character. In Amazon’s new series Tom Clancy’s Jack Ryan, creators Carlton Cuse (Lost, The Strain) and Graham Roland (Fringe) wanted the show to be as authentic as it is riveting. Starring John Krasinski as the titular CIA agent, Jack Ryan. Ryan had spent most of his career behind a desk, but all that changes by the time the events in this series begin.

“Jack Ryan’s story is not only entertaining, [but] it teaches you something about the world that it inhabits,” Cuse says in this new feaurette. That something includes all the gadgets you see in the film, including the phones and computers, which were all vetted by an advisor so that Ryan and his team were using the same kinds of tech that actual CIA agents, from field operatives to analysts and the folks at mission command, use in their real jobs.

“Tom Clancy’s work resonates because of the depth of knowledge, and being able to drop the audience into a world that felt real,” Roland says. Part of the show’s charm is how it shows not only the swashbuckling element of CIA work but also all the people whose jobs are less exciting but utterly crucial. When we first meet Jack in this series, he’s behind a desk chasing leads. Once he finds a series of clues that hint at a significant terrorist operation, Jack’s career, and life, change quickly.

The first season of Tom Clancy’s Jack Ryan starts streaming on Amazon on August 31, 2018. Season 2 is already confirmed, where we’ll see Jack going from the Middle East to South America. Here’s Amazon’s synopsis for the show:

When CIA analyst Jack Ryan stumbles upon a suspicious series of bank transfers his search for answers pulls him from the safety of his desk job and catapults him into a deadly game of cat and mouse throughout Europe and the Middle East, with a rising terrorist figurehead preparing for a massive attack against the US and her allies.