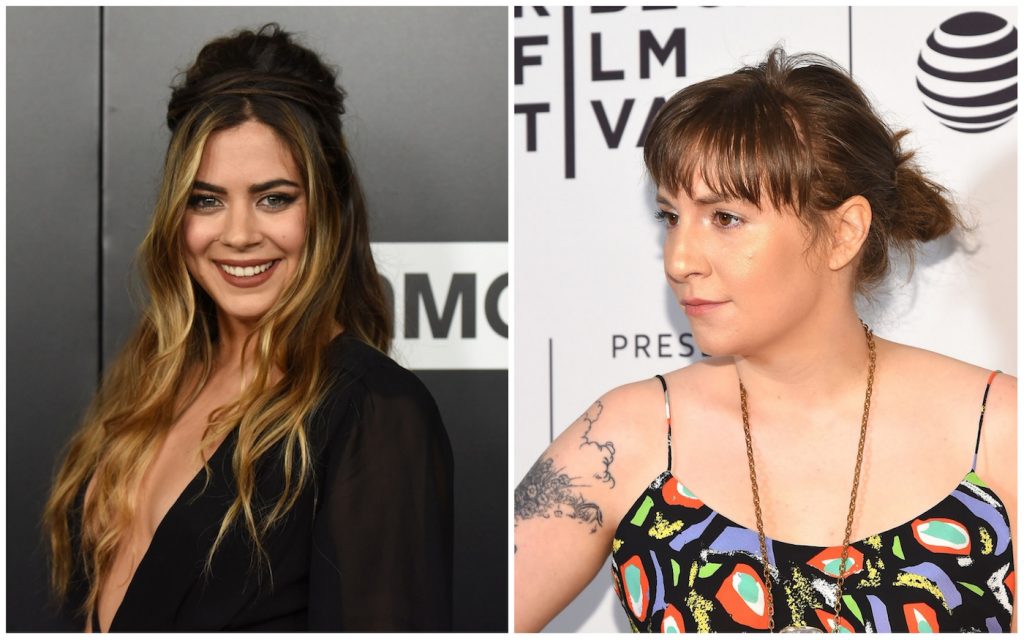 Like the universe, the cast for Quentin Tarantino’s Once Upon a Time in Hollywood keeps expanding with stars. The writer/director of one of the greatest ensemble movies of all time (in our humble opinion), Pulp Fiction, always draws a great cast, but Once Upon a Time in America may be his masterpiece (a nod to an Inglourious Basterds quote for the uninitiated). We’ve already shared photos of three of the film’s stars on set—Margot Robbie, Leonardo DiCaprio, and Bradd Pitt. Now Deadline reports Tarantino has added Lena Dunham, Lorenza Izzo, Maya Hawke and Austin Butler.

Once Upon a Time in Hollywood will be the first major feature for Girls‘ creator and star Dunham. Butler is coming off filming Jim Jarmusch’s The Dead Don’t Die, which also boasts a great cast—Bill Murray, Tilda Swinton, Adam Driver and Selena Gomez. Hawke, the daughter of Ethan Hawke and Pulp Fiction and Kill Bill star Uma Thurman, will be in season three of Netflix’s Stranger Things. The Chilean star Izzo is in the Hulu series Casual and is a part of the upcoming The House With a Clock in its Walls.