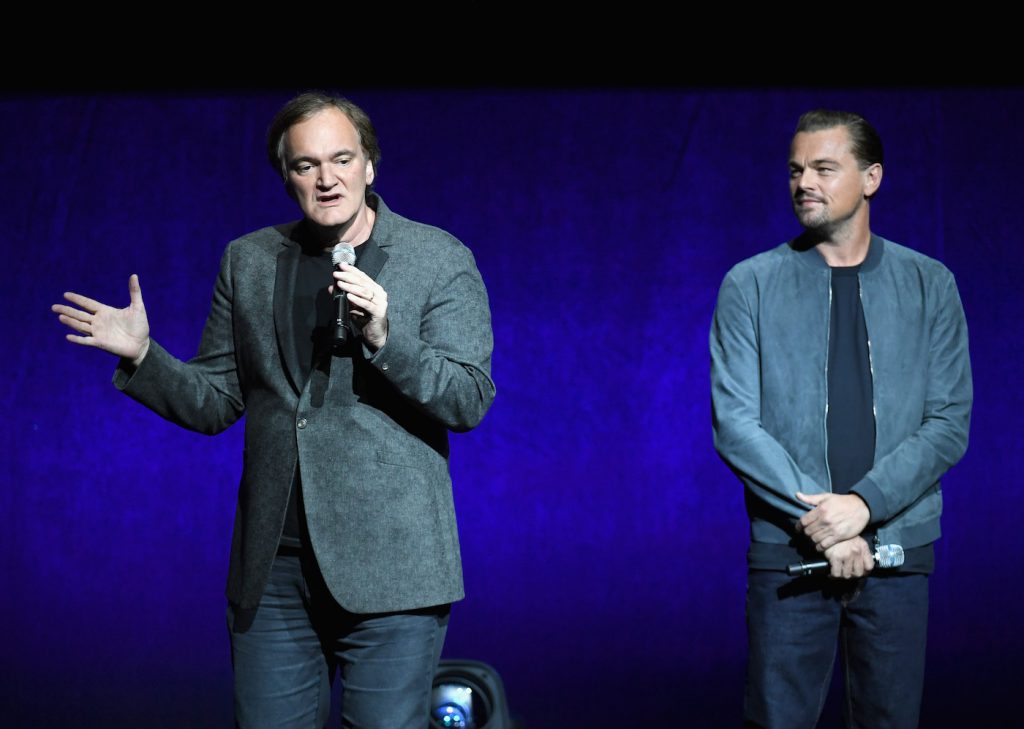 Movies don’t really come more star-studded than Quentin Tarantino’s Once Upon a Time in Hollywood. In the first image from the film, Leonardo DiCaprio shared a photo of himself and co-star Brad Pitt on the set of Tarantino’s 1960s-set film. DiCaprio plays Rick Dalton, an struggling actor trying to make a name for himself in Hollywood, alongside his longtime stunt double Cliff Booth (Pitt). The film is partially centered around the horrific Sharon Tate murders, in which the pregnant movie star (played by Margot Robbie, no less) was killed, along with four other people, by the Manson Family in 1969.

Here’s the image of DiCaprio and Pitt in costume:

While Tarantino’s film deals with historical events like the Tate murders, the script is another original from the auteur. Dalton and Booth’s lives get complicated by the fact that the former lives next door to Tate. One can only imagine how that horrific night will be portrayed by Tarantino, a filmmaker who has never shied away from violence, but who in the past has usually depicted it with some measure of comic absurdity. The Kill Bill films, for example, had extremely high body counts, yet you were never really supposed to feel that much for, say, the Crazy 88, O-Ren Ishi (Lucy Liu)’s personal army who are taken out, one by one, by the Bride (Uma Thurman).

Speaking of Thurman, with a story set in LA and revolving around ego, intrigue, murder and mayhem, Once Upon a Time in Hollywood sounds as close to Pulp Fiction as anything Tarantino has done since his 1994 breakout film. While all his films boast sensational casts, Once Upon a Time in Hollywood is especially loaded. Joining DiCaprio, Robbie and Pitt are Dakota Fanning, Al Pacino, James Marsden, Kurt Russell, Timothy Olyphant, Damian Lewis, Burt Reynolds, Emile Hirsch, Tim Roth, Zöe Bell, Luke Perry, Scoot McNairy and Michael Madsen. The film may need to be well, well over two hours to accommodate all of these folks.

Tarantino’s script was hot property, courted by various major studios, with Sony Pictures eventually winning the rights. There’s no question that Once Upon a Time in America will be one of the most hotly anticipated films of 2019. It’s slated to open on August 9, 2019.