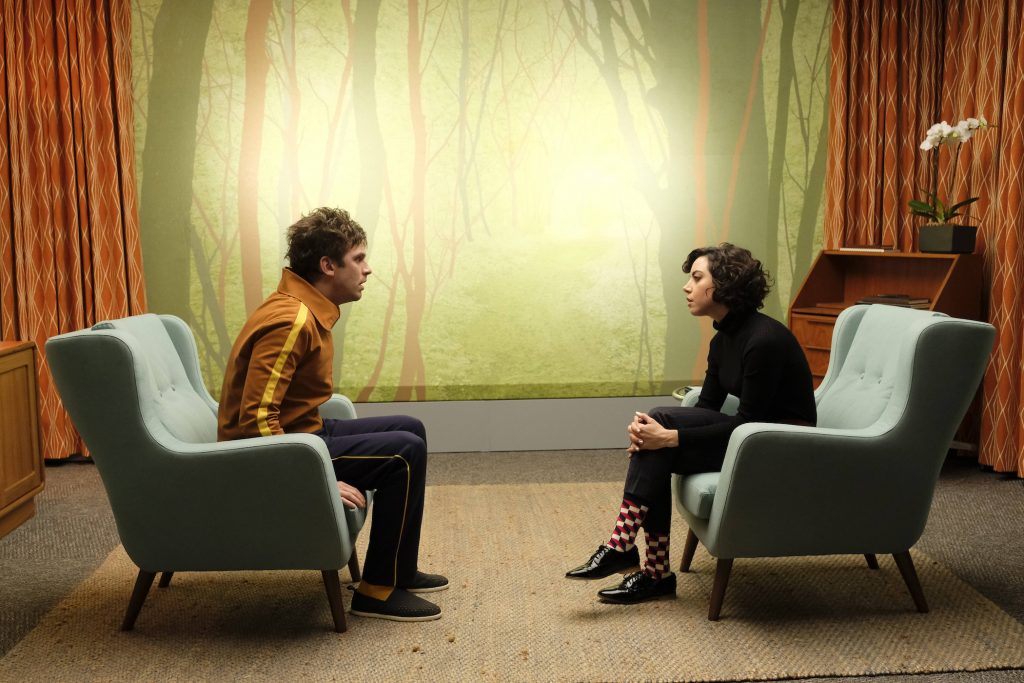 Legion Season 3 is in the Works, and it’s Only Getting Darker

The season finale of FX and Marvel’s Series Legion saw its protagonist, David, hit low points that only someone like Walter White would understand. And his downward spiral won’t be turning upward soon.

Dan Stevens’ David Haller, a mutant with psychic powers from the X-Men universe, has always been an antihero. He acts immorally because his grip on reality is shaky at best, and the Marvel comics more explicitly identify the multiple personalities—a legion of them—in his head. The series, helmed by Fargo showrunner Noah Hawley, doesn’t exactly excuse David’s transgressions. Instead, it’s a more mature, grim meditation on the toll that superpowers can take on the human psyche.

Speaking at a reception for the Television Critics Association, FX CEO Jon Landgraf said that the story’s bleak direction is no surprise (via /Film).

“I think we always knew it was kind of a superhero Breaking Bad story. We always knew we were going to get to this moment in time. I’m excited because I’ve known all along this was the destination. It’s not just that David Haller turned evil. It’s that David Haller always struggled with his grip on reality because of the immense world-spanning powers that he had, and because of the fact that he’d been locked in a mental institution, and he’d been left raised by a different family, the very fact that he had a parasite in his brain.”

Landgraf also addressed the Season 2 finale’s most controversial moment, which we won’t spoil or delve into.

“He did some bad things,” the CEO said. “Everyone thought they were doing the right thing. Well, maybe not Farouk. Or Lenny. But that’s usually how things turn bad. It’s not from people sitting around going, ‘How can we be evil today?’

“It’s about the complexity and nuance of good and evil, and the fact that by the end of the second season, he’s been betrayed by everyone he loves who all think they have a good reason for doing it—which is David can destroy the world, and they better contain him.”

While the future of Legion may not be bright, it looks like it will certainly come to light in the sense that FX plans to air it.

“[Noah Hawley] has four scripts of the third season of Legion,” Landgraf confirmed. “He hasn’t shown them to me yet.”