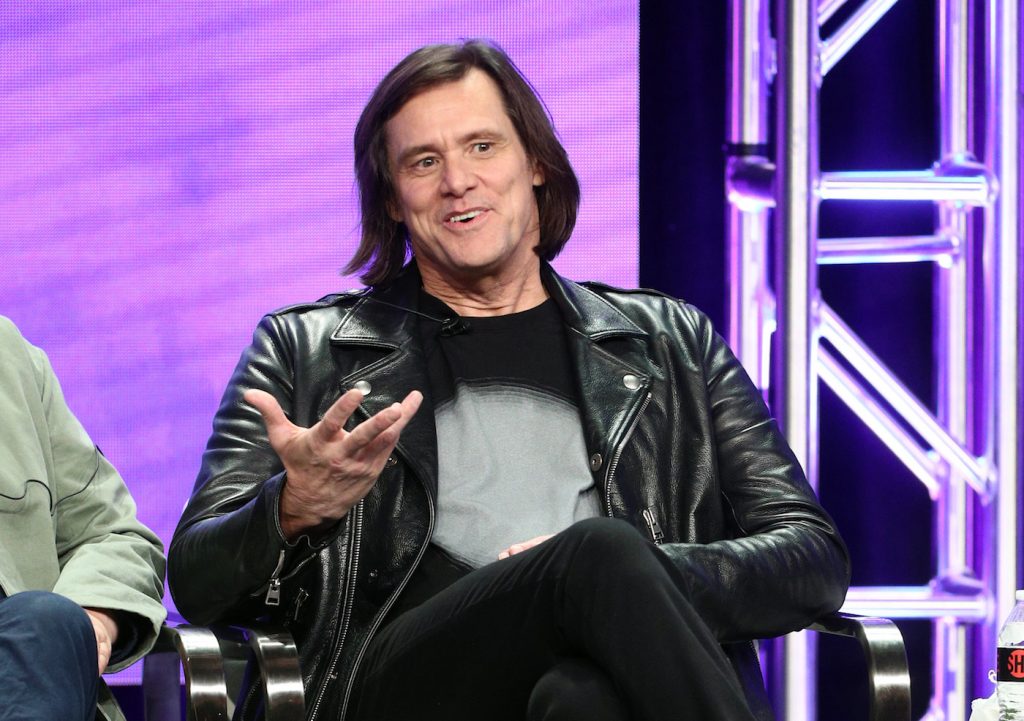 Jim Carrey has spent a lot of time in the past few years focusing on other outlets for his abundant creativity, painting and sculpting, and sharing some of his work on Twitter. His career has been marked by major achievements, first becoming a superstar of comedy on television, and then in films, and t hen moving into dramatic roles, most notably in Michel Gondry’s luminous Eternal Sunshine of the Spotless Mind. That film benefited from Carrey and Kate Winslet‘s excellent performances and a crackerjack script from Charlie Kaufman, all under the direction of Gondry’s melancholy-but-magical touch. Now, Carrey is returning to the small screen for the first time in 20 years and has re-teamed with Gondry for Kidding, a new series on Showtime, and we’ve got a new trailer for your viewing pleasure.

Kidding stars Carrey as Mr. Pickles, the host of an iconic children’s television series that’s been a mainstay of the American landscape for years. If you’re picking up on shades of Mr. Rogers here, that’s certainly no accident. Yet Kidding gets a whole lot darker, and while Won’t You Be My Neighbor expertly revealed the substance, nuance, and heroism of Mr. Rogers, for Mr. Pickles, life unravels in a way that gladly never happened to Fred Rogers. While Mr. Pickles has been delighting children with his goofy, warm hi-jinx, the man behind Mr. Pickles, a normal guy named Jeff, is starting to crack up as his personal life implodes. The new trailer for Kidding looks both hysterical and heartbreaking, which is precisely the sweet spot for Carrey managed in Eternal Sunshine.

Here’s the official synopsis for the series:

In his first series regular role in over two decades, Jim Carrey stars as Jeff, aka Mr. Pickles, an icon of children’s television, a beacon of kindness and wisdom to America’s impressionable young minds, who also anchors a multimillion-dollar branding empire. But when Jeff’s family begins to implode, he finds no fairy tale or fable or puppet will guide him through the crisis, which advances faster than his means to cope. The result: a kind man in a cruel world faces a slow leak of sanity as hilarious as it is heartbreaking.

Kidding premieres on September 9 at 10pm/9pm CT on Showtime.