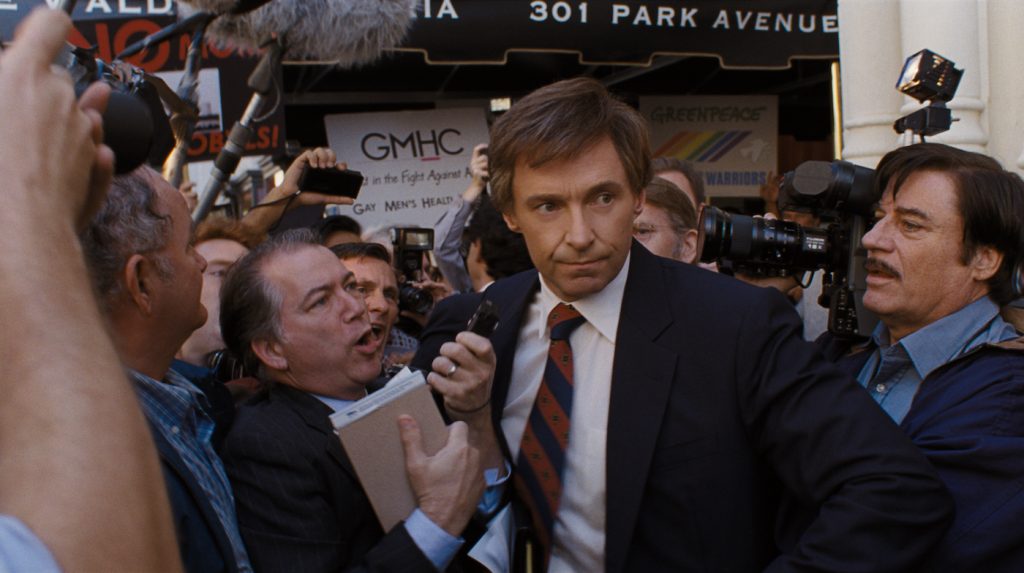 One of the films we’re most excited about seeing at the Toronto International Film Festival is Jason Reitman’s The Front Runner. Sony Pictures has just dropped the film’s first trailer, giving you a peek at why we’re looking forward to it. Co-written by Reitman (Juno and Up in the Air) and House of Cards scribe Jay Carson and based on the book Matt Bai, The Front Runner chronicles the true story of Gary Hart (Hugh Jackman), a Democrat who looked like he was going to capture the 1988 Democratic presidential nomination—that is, until a scandal over an extramarital affair detonated his chances. The first trailer reveals what looks to be a darkly funny but ultimately dramatic story about ambitions eradicated by both desire and a voracious media, and how quickly (in the old days) a presidential hopeful could be turned into a pariah by a single false move in their personal life.

Given our current political moment, The Front Runner can’t help but feel like a pointed look at “how we got here.” Gary Hart’s presidential ambitions and ultimate demise are often cited as the beginning of the media’s obsession with a politician’s private life. Considering that during the JFK years, when seemingly everyone knew he was hardly faithful to Jackie but journalistic decorum at the time prohibited them from writing about it, Hart’s downfall does indeed look like the inflection point when all that changed. Then you have the fact that it seems as if we’ve somehow come to a place, at least when it concerns our current commander in chief, where no amount of scandal can dint or dim his followers’ belief or trust in him. The point is, now seems like a very good time for The Front Runner, which is squarely aimed at awards season, with a stellar cast and a very able director telling a timely story that just happened to take place in 1988.

Oscar® nominee Hugh Jackman stars as the charismatic politician Gary Hart for Academy Award®-nominated director Jason Reitman in the new thrilling drama The Front Runner. The film follows the rise and fall of Senator Hart, who captured the imagination of young voters and was considered the overwhelming front-runner for the 1988 Democratic presidential nomination when his campaign was sidelined by the story of an extramarital relationship with Donna Rice. As tabloid journalism and political journalism merged for the first time, Senator Hart was forced to drop out of the race – events that left a profound and lasting impact on American politics and the world stage. Also starring Vera Farmiga, J.K. Simmons and Alfred Molina, The Front Runner is written by Matt Bai & Jay Carson & Jason Reitman, based on the book All the Truth is Out by Matt Bai, and produced by Jason Reitman and Helen Estabrook of Right of Way Films and Aaron L. Gilbert of BRON Studios.