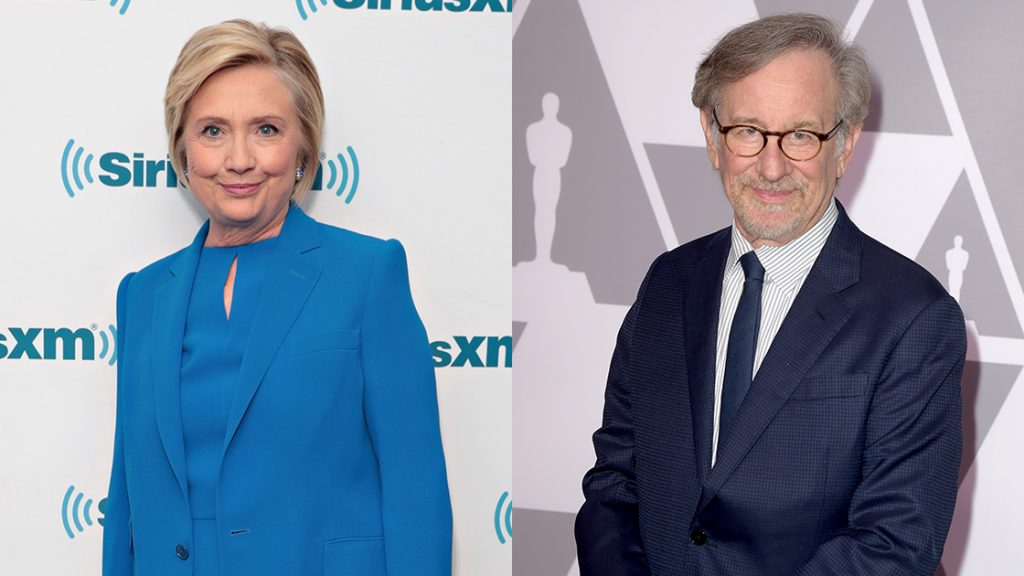 Hillary Clinton is doubling down on her foray into Hollywood. The former Senator and Secretary of State was recently on the set of Madam Secretary. Clinton will play herself in the October 7 episode in which she’ll counsel (fictional) Secretary Elizabeth McCord. Now, THR reports that Clinton will be pulling the strings behind the scene after teaming up with Steven Spielberg on a television adaptation of The Woman’s Hour.

The book by Elaine Weiss chronicles the suffrage movement for women to earn the right to vote. Remarkably, women were not able to vote in America even a century ago. The 19th Amendment was passed in 1920 and had an influence on the civil rights movement. Clinton’s statement on the project is just about the most rousing and patriotic thing you’ll read this summer.

“At the heart of democracy lies the ballot box, and Elaine Weiss’ unforgettable book tells the story of the female leaders who — in the face of towering economic, racial and political opposition — fought for and won American women’s right to vote. Unfolding over six weeks in the summer of 1920, The Woman’s Hour is both a page-turning drama and an inspiration for everyone, young and old, male and female, in these perilous times. So much could have gone wrong, but these American women would not take no for an answer: their triumph is our legacy to guard and emulate,” Clinton said. “I am thrilled to be working with Elaine, Steven and everyone at Amblin Television on bringing this important project to audiences everywhere.”

Clinton’s attachment to the project is no coincidence. THR reports that Weiss was inspired to write the book by Clinton’s presidential campaign and worked to get a copy to her. After reading the book, Clinton reportedly brought Spielberg on board. Spielberg’s production company, Amblin TV, obtained the rights to the book and intends to produce either a TV movie or a limited series. Clinton will serve as an executive producer.

Proving that stories have the power to change minds, the Obamas also entered the entertainment field this year. Former President Barack Obama and former First Lady Michelle Obama penned a multi-project deal with Netflix. You can tell your history teacher that watching TV is good for you after all.