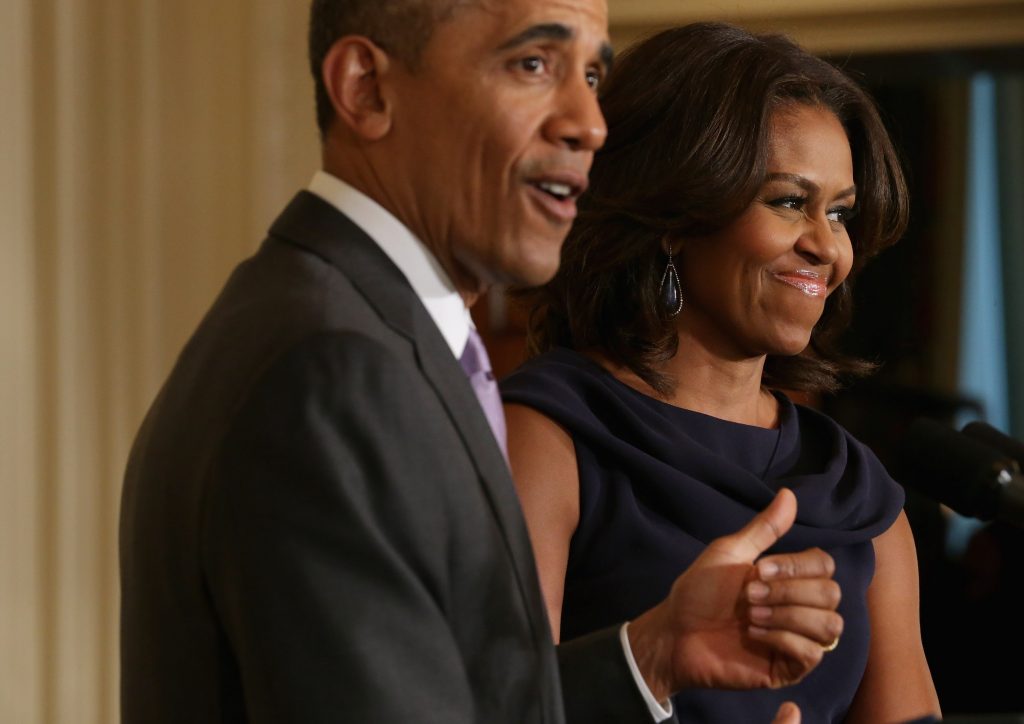 President and Mrs. Obama Will Bring Their Storytelling Skills to Netflix

Former President Barack Obama and First Lady Michelle Obama worked their way up from young dreamers to the most powerful stage in the world. Their messages of hope and hard work was heard around the world and now they’re sharing their voice with others. Netflix announced the Obamas have signed a multi-year contract to produce content for the streaming service.

The couple has established ‘Higher Ground Productions,’ a reference to Mrs. Obama’s famous motto, “When they go low, we go high.” According to Netflix, the projects could include scripted series, unscripted series, docu-series, documentaries, and features.

“Barack and Michelle Obama are among the world’s most respected and highly-recognized public figures and are uniquely positioned to discover and highlight stories of people who make a difference in their communities and strive to change the world for the better,” said Netflix Chief Content Officer Ted Sarandos.

While we expect them to focus on real life stories and feature unsung heroes in the global community, there’s also an opportunity to showcase talented filmmakers looking for a break. By having such an open format, the Obamas will have a really broad opportunity to shed a light on people, movements, and causes they feel passionate about. This is a game changer for diversity and inclusion in storytelling. With the Obamas pulling the strings, they will be able to hand pick talent to showcase under their moniker.

President Obama said in the press release, “We hope to cultivate and curate the talented, inspiring, creative voices who are able to promote greater empathy and understanding between peoples, and help them share their stories with the entire world.”

Both President and Mrs. Obama are gifted speakers and animated storytellers. Throughout President Obama’s time in office, the Obamas often collaborated with entertainers to reach a wide audience with important issues. This collaboration continues that tradition and will reach millions of people – 125 million households, in fact, according to Netflix.

“Barack and I have always believed in the power of storytelling to inspire us, to make us think differently about the world around us, and to help us open our minds and hearts to others,” said Mrs. Obama.

The project already sounds incredibly exciting and inspiring. We could use a lot more positivity on our world, and the Obamas are the perfect pair to craft new messages of hope and love.

Featured Image: U.S. First Lady Michelle Obama (R) and President Barack Obama announce a new government-wide coordinated strategy to help millions of girls around the world attend and stay school called ‘Let Girls Learn’ in the East Room of the White House March 3, 2015 in Washington, DC. Saying that she will focus on this program beyond her time in the White House, Michelle Obama will soon travel to Japan and Cambodia to promoted the new initiative. (Photo by Chip Somodevilla/Getty Images)