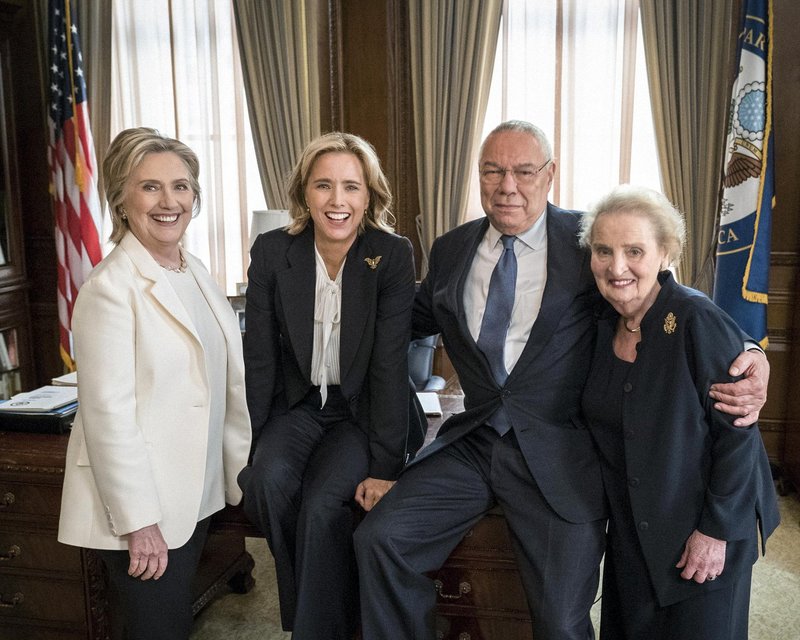 Secretary of State is one of the loneliest jobs in the world, which is why it’s good to have friends when things get choppy. Secretary McCord (Téa Leoni) is going to find that out this fall when she falls into a tough spot. Luckily, she has backup. Former Secretaries of State Hillary Clinton, Colin Powell, and Madeleine Albright will be on call in Madam Secretary’s darkest hour.

“In the episode, Secretary of State Elizabeth McCord, played by Téa Leoni, turns to the former secretaries of state to ask their advice on how to respond to a delicate situation,” CBS said.

Albright served under former President Bill Clinton, Colin Powell under former President George W. Bush, and Clinton under former President Barack Obama. Despite hailing from both sides of the aisle, all three gathered for an adorable picture with Leoni. Leoni tweeted out the smiling snapshot saying she was “incredibly honored.” The amazingly witty Albright also shared in the excitement joking, “It is always nice to consult with my successors.” Clinton added that the picture was taken on set in Brooklyn, NY. Familiar stomping ground for the former Secretary who also served as a New York Senator for eight years.

It was wonderful to spend some time with the team from @MadamSecretary on set in Brooklyn with a few former colleagues. Mark your calendars for October 7th! https://t.co/8GdHBx4T7Q

It was great to be back on the set of @MadamSecretary with @tealeoni. It is always nice to consult with my successors. The episode will air on #CBS on October 7. pic.twitter.com/68NFcJLMGc

“Having three powerhouses of diplomacy agree to come on our show is awe-inspiring and humbling. And that we were able to find a time in their busy schedules when they were all available is a miracle,” executive producer Lori McCreary said. That is an understatement. Secretary McCord has always been fully capable of handling a crisis, but it never hurts to get some advice from those who have been there before.

Watch for the special guest appearances on Madam Secretary Sunday, October 7 on CBS.