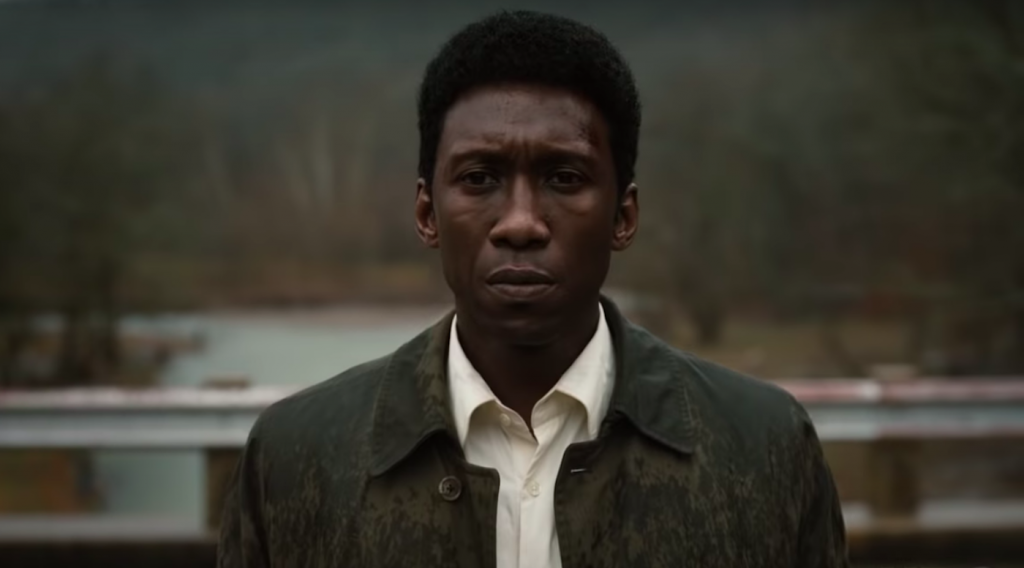 HBO picked the perfect time to surprise fans with the first trailer for True Detective‘s long-awaited third season; they dropped it right before the season finale for their fantastic miniseries Sharp Objects. Creator and showrunner Nic Pizzolato is back with the third season to his critically acclaimed detective series, once again moving the action to a new location. True Detective went full southern gothic with the first season’s Louisiana setting, and neo-noir in the Los Angeles-set season two, so what to make of the new Arkansas-set story? For starters, we’ve got Oscar-winning Moonlight actor Mahershala Ali front and center in a story that’s told across three separate time periods. Once again, a profoundly disturbing crime is at the dark heart of True Detective season 3, one that seems to have haunted Ali’s detective throughout his life.

The trailer is as enigmatic as the series has been throughout, offering a fractured glance at the story. We see Carmen Ejogo (potentially as Ali’s wife?), Stephen Dorff (possibly as his partner?) and Scoot McNairy. Mostly we see Ali across several decades, haunted by the story’s central crime. A guess is that the crime involves children (there’s a shot of a bicycle in the dirt) and that Ali’s character likely makes some pretty grave choices in the pursuit of justice. One brief shot shows him shutting a car trunk on a bound and gagged man.

Blue Ruin and Green Room director Jeremy Saulnier filmed the first two episodes, with Pizzolatto is directing half the season, and Daniel Sackheim shotted the remaining episodes. True Detective‘s first season, which starred Matthew McConaughey and Woody Harrelson and was directed by Cary Joji Fukunaga, seemed to come out of nowhere and blew people away. Season two was less of a slam dunk, so that explains the relatively long wait until HBO greenlit the third season. While the trailer is only a minute and change long, it looks very promising, and Ali is a captivating presence and a fantastic choice to build the season around.

Here’s True Detective season 3 trailer. The series will premiere on HBO in January.