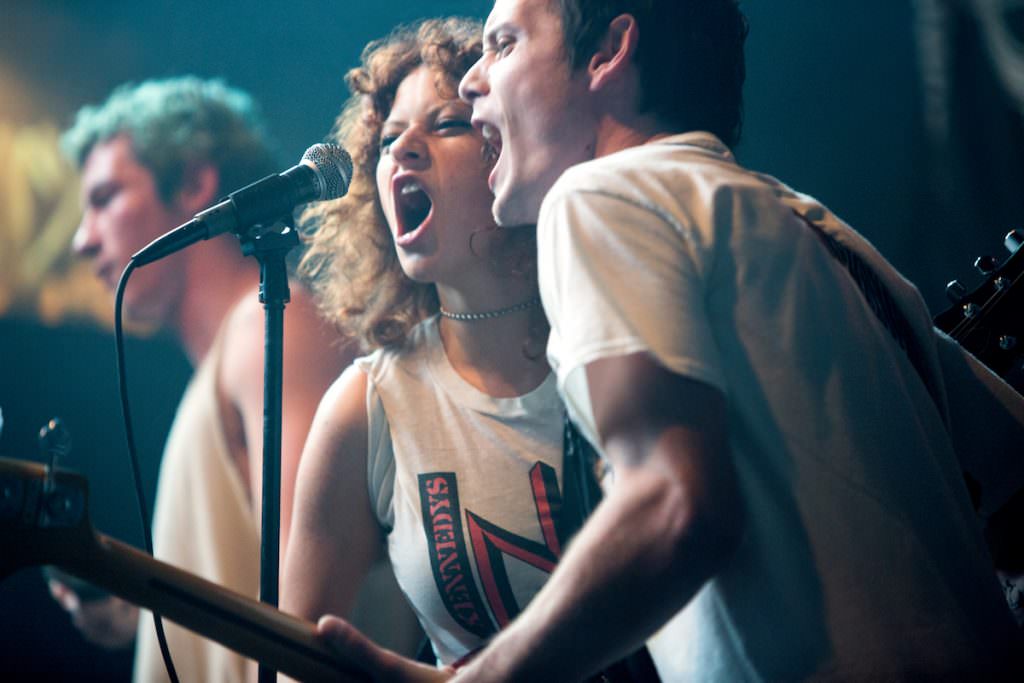 Three years ago, Jeremy Saulnier’s Blue Ruin appeared on the festival circuit and with it, came the almost deafening cry from critics in high and low places, praising the precision and tangibility of the director’s meticulously directed sophomore effort. Blaringly violent and narratively understated, many waited with baited breath to see what the newly matured film writer/director would deliver next.

Ahead of the film’s release, Saulnier appeared at the Film Society of Lincoln Center to shed light on his inspiration for the film, his attitude toward the film’s shocking violence, and the strange connection between Green Room and Austin Powers.

After receiving nearly across-the-board praise for his violent tour de force Blue Ruin, Saulnier admitted to writing Green Room out of something not dissimilar to “panic.” Rather than obsess over thematic progress though, Saulnier returned to his past.

“[W]hat I did was just take something that had been bouncing around in my head for over a decade,” Saulnier admitted. “So this is kind of an emotional regression from Blue Ruin. I loved what we did with Blue Ruin, I didn’t want to replicate that. I didn’t want to try and top it. I wanted to do a sort of homage to the films I loved growing up, and embrace the fact that I’m going to make a badass exploitation movie and have some kind of archive of my brief foray into punk and hardcore. Because if you look at me you wouldn’t guess that I was there in the 90s.” 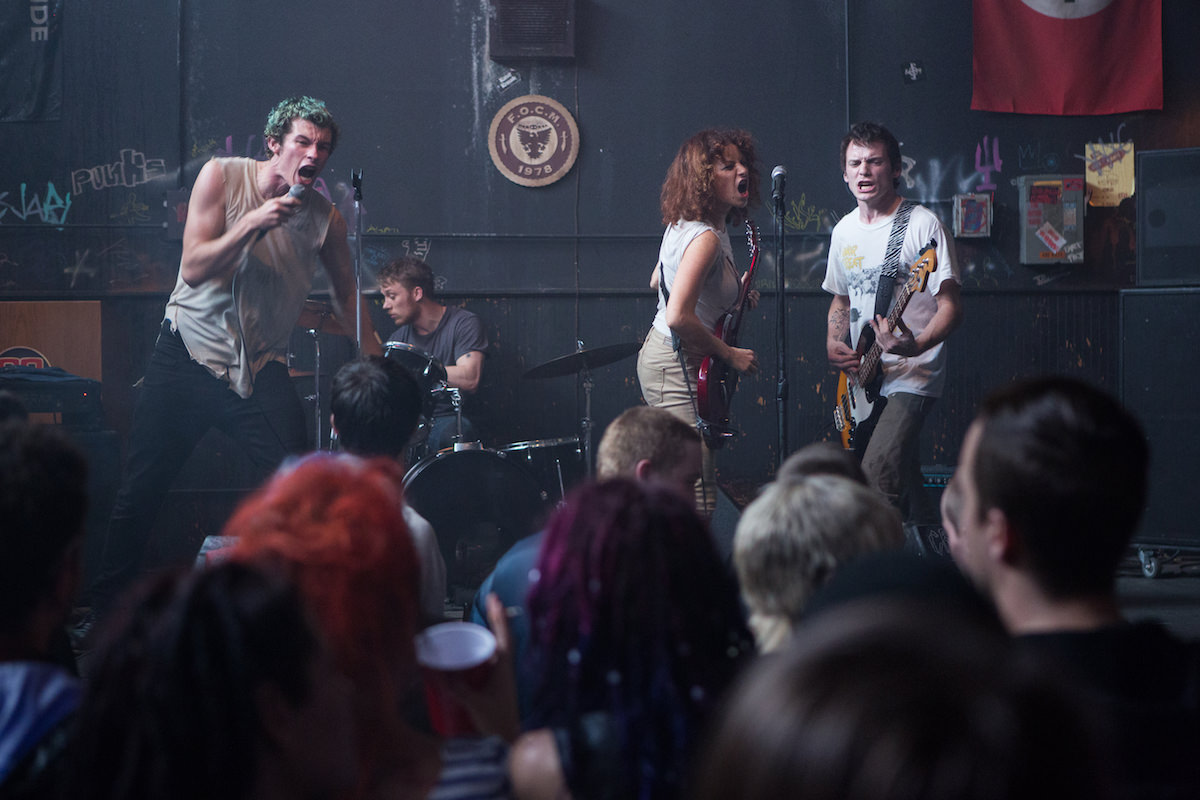 The film, which centers around a young, aimless punk band called The Ain’t Rights and their subsequent capture by violent nazi punks after playing a show in a remote venue in the pacific northwest, heavily features what has since become a sore on the standing record of the 90s punk movement: nazi punks. The Ain’t Rights, by comparison to the dangerous skinheads that populate the venue, are only there for the music and possibly the look and lifestyle it affords them; one of siphoned gas, crusty hair and the satisfaction of knowing they’re living an “authentically”. Their lifestyle here is presented so accurately as to make you believe that even the Frodo-esque Yelchin could be a fan of hardened punk tunes.

Unsurprisingly, this perfected imitation of punk life is due in large part to Saulnier’s own experience with the movement. “It was a huge part of my life,” he explained. “[I]t was a way to be artistic and get like physical expression without having to be part of a sports team, and I was a skate punk in the 80s, I kind of just was that person. But as I found myself living in Brooklyn with three beautiful daughters and going to get pastries at the cafe, I was like, ‘Shit, no one’s ever going to know. So let me just archive that, and up it a bit.’”

The bold-faced violence that this film touts certainly isn’t something you’d suppose a young creative with three young girls and a wife at home would be making, but it’s the filmmaker’s careful intentionality behind the splatter that makes its violence hold such impact. “I make it hurt,” Saulnier laughed. “I definitely knew this had to be my next film because I might not have the stomach for it in a few years as I grow softer and softer. Maybe it’s just me bullsh*tting myself, but I think it’s more responsible. When an audience is gut punched or brutalized by these acts of violence, I think that’s better than not giving a flying f*ck and watching, again, whoever get killed. I was inspired by Austin Powers. There’s a scene where a henchman gets killed, and they cut away to a henchman’s wife at home and she gets a phone call. And I thought like, ‘That’s amazing. No one ever explores that people who die as extras in movies are real too.’”

Certainly it’s easy for Saulnier to humanize a pack of ultimately posturing young artists, punk musicians who secretly prefer Simon & Garfunkel and Madonna to the Misfits and whose aesthetic sensibilities are unabashedly stolen from their ‘70s punk forefathers. But to humanize the nazi punks, a dangerous white supremacist headed up by Patrick Stewart in a uniquely terrifying turn, was another story. “I mean, nazis are low-hanging fruit for bad guys in movies,” Saulnier admitted. “The goal is to kind of humanize them, and [then the violence] doesn’t feel quite right.” 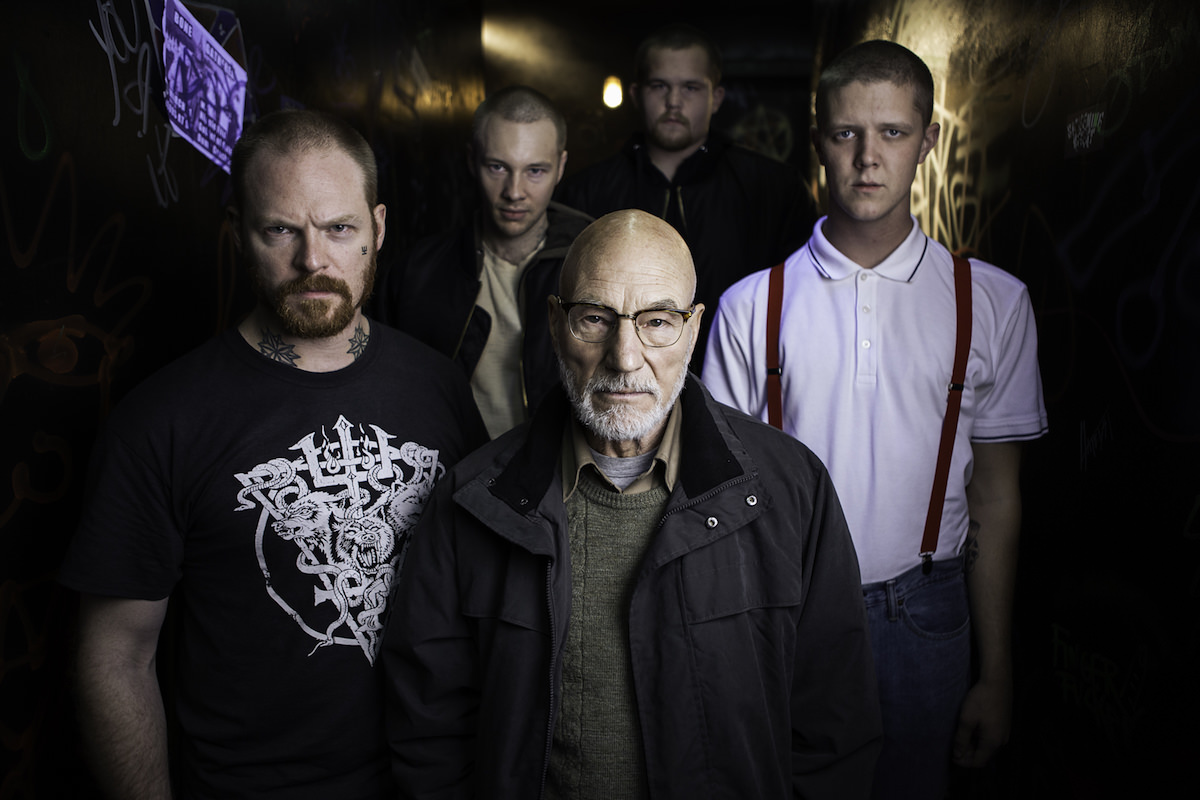 The violence, which is some of the most conspicuously convincing and physically disturbing I’ve seen onscreen in years, manages never to be rewarding  — and while the film is never a slog, its use of shocking violence is so teeth-grittingly awful that some less prepared viewers might feel tempted to leave before the film finishes.

In direct contrast the film’s intense violence stands its surprisingly light sense of humor, and Saulnier’s clear enjoyment of such contrast pays off even as the film cuts for the final time, delivering on a punchline that was set up early in the film’s first act. “I like films that kind of ride the line. I don’t try to be funny,” said Saulnier. “I just find situations that are absurd or tragically human. I can find light there and it just kind of pops up. But it’s definitely a balancing act and it’s what I love. I said this before but my favorite comedies are Zodiac and Boogie Nights. Because they’re so perfect and human and I laugh out loud.”

Certainly, Green Room is not a comedy. It is a horror movie through and through, but a horror film whose commitment to the operative word, horror, is commendable, if not stomach-churning. It’s a niche film, something that seems to fly in the face of A24’s brave decision to go wide with Green Room’s release, but one thing seems certain: Jeremy Saulnier is a director to watch. Will he ever move on from his indie roots? “I would love to do big movies eventually,” the director said. We can only imagine what else he has in store.