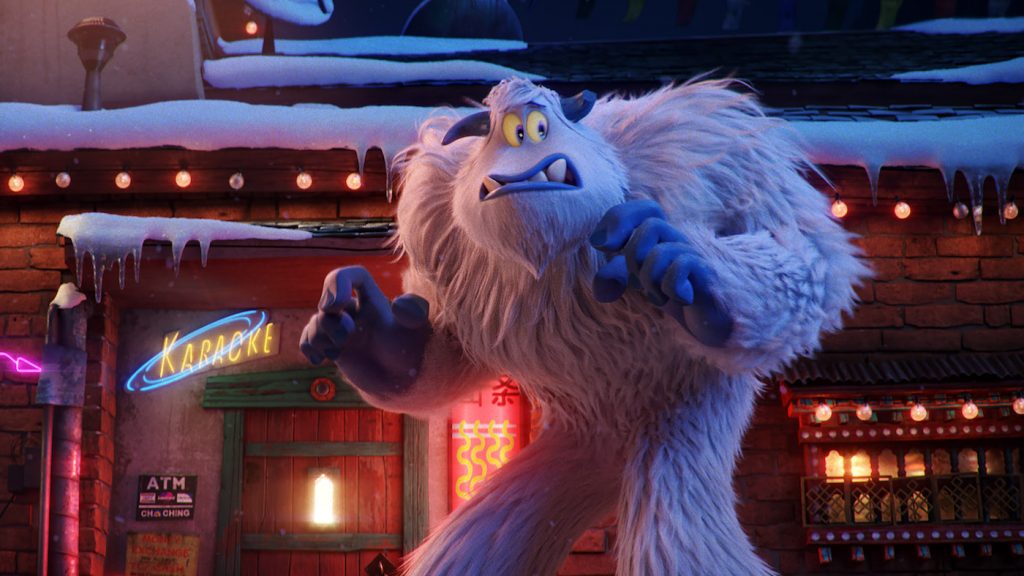 Channing Tatum is back for his first role in 2018, and he’s… hairier.

Of course, it’s not really Tatum who appears onscreen in the upcoming Smallfoot. In his place is a hulking, horned, fifteen-foot-tall Yeti who resembles the Abominable Snowman from Rudolph the Red-Nosed Reindeer and has the voice of the Magic Mike star. Smallfoot, along with 2016’s Storks, is part of a new collection of animated movies from Warner Bros. that aren’t LEGO or DC superhero related. And with the newly released final trailer, it looks like the studio’s new direction will be a successful one.

Smallfoot is a smart reversal on a classic piece of folklore. It combines the myths of the Abominable Snowman and the Sasquatch(es?) known as Bigfoot, which have been in the sphere of Western pop culture since the nineteenth century. However, instead of being a tale about men hunting and postulating about the mythical beasts, it is about those hidden creatures that live in the unexplored parts of the world and wonder about us. Naturally, they call humans Smallfoots.

The film follows Tatum’s Migo, a Bigfoot who stumbles upon a Smallfoot and his parachute in the mountains before the man escapes below the clouds. Disbelieved by his Yeti clan, Migo descends into the realm of man in order to find proof of these strange other beings. The misadventures that follow look hilarious as Migo ventures into an unknown world and brings a human back into his own.

Migo cannot understand Percy, who speaks a human language, so Corden’s voiceover is mostly a racket of gibberish and squeals. Maybe they will learn to communicate along the way, and we may at least get a Karaoke performance from Percy, as seen in the trailer.