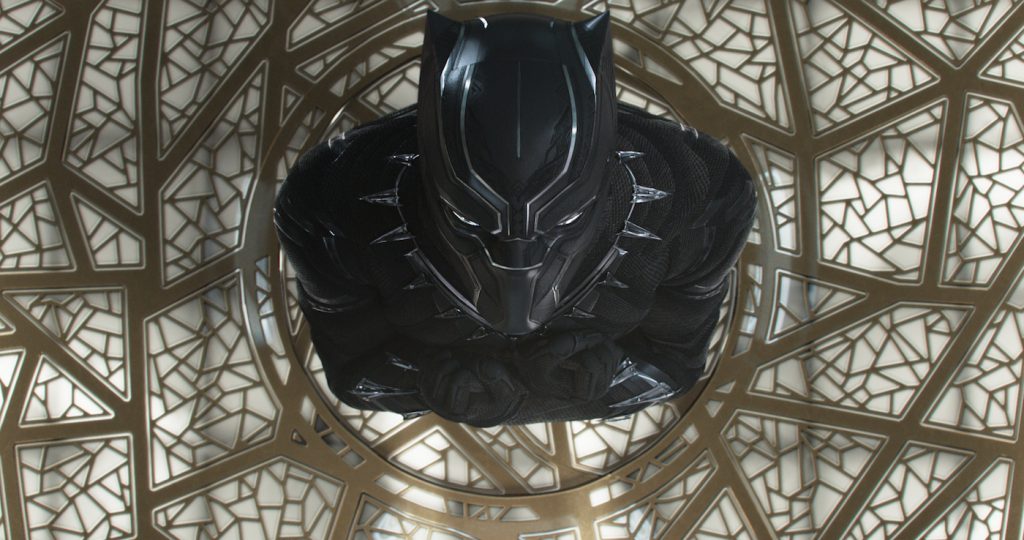 Did a Fan Find a Hidden Message in Black Panther‘s Suit?

Have you tried using the Wakanda translator? This site claims to be able to turn your text into Wakandan text. This translation site has been especially helpful to those eagle-eyed Reddit users over at the Movie Details subreddit, where folks spot often hidden Easter eggs and other easy-to-miss secrets in films. One user, u/thecruiser, believes he/she has uncovered a hidden message on Black Panther’s suit (h/t to i09). The suit T’Challa wears in Black Panther is upgraded early on the film by his genius little sister Shuri. When it powers up, there’s a glowing scroll of Wakandan text that flows across the chest of the suit. What u/thecruiser has done is paused the frame when the text is visible and, using the Wakanda translator, revealed to us what a portion of that text says. Ready for it?

While Wakanda is a fictional African nation, Ryan Coogler and his Black Panther team created the country by reveling in real African culture and history. “We created this bible that set the foundation for Wakanda,” production designer Hannah Beachler told us. “That was like 500 pages of reference pictures and timelines and information about traditions and tribes and vibranium and how that came to be.” When we interviewed the film’s costume designer Ruth E. Carter, she also revealed to us just how much research went into constructing T’Challa’s Black Panther suit.

“It wasn’t like a sci-fi film where we were traveling to the moon,” Carter told us. “Wakanda is rooted in Africa, and because the nation was never colonized, we imagined a world and how it would look if it remained unconquered.”

The panther suit that Carter designed for T’Challa in Black Panther was an upgrade in all ways to what we saw when he was introduced in Captain America: Civil War. That includes the glowing Wakandan text the Reddit user dutifully translated.

While we can’t say that “I love you, mom” is truly what’s written on the suit’s chest when it powers up, it wouldn’t be unusual for there to be an Easter egg like that hidden in plain sight. Besides, the amount of work and research that went into devising the country of Wakanda, including its language and T’Challa’s new suit, meant poring over every single detail. The text that glows across his chest certainly means something.

“I wondered how I was going to make the panther suit interesting,” Carter told us. “In the Civil War suit, it had this all over texture and pattern, and I knew I had to reinvent that. I had to make it look less dense, and I knew from my research that the African continent has the sacred geometry, and I need the texture of the panther suit to reflect that.”

Who knows, perhaps during her design work, she came up with this idea that Shuri would design a suit that also honored their beloved mother, Ramonda, played by Angela Bassett. Or perhaps it was conceived of during post-production when they digitally created the suit’s superpowers. Unless someone from Marvel or the Black Panther production team confirms this, we’ll have to file “I love you, mom” under fan theories we’d love to be true, but remain unconfirmed.