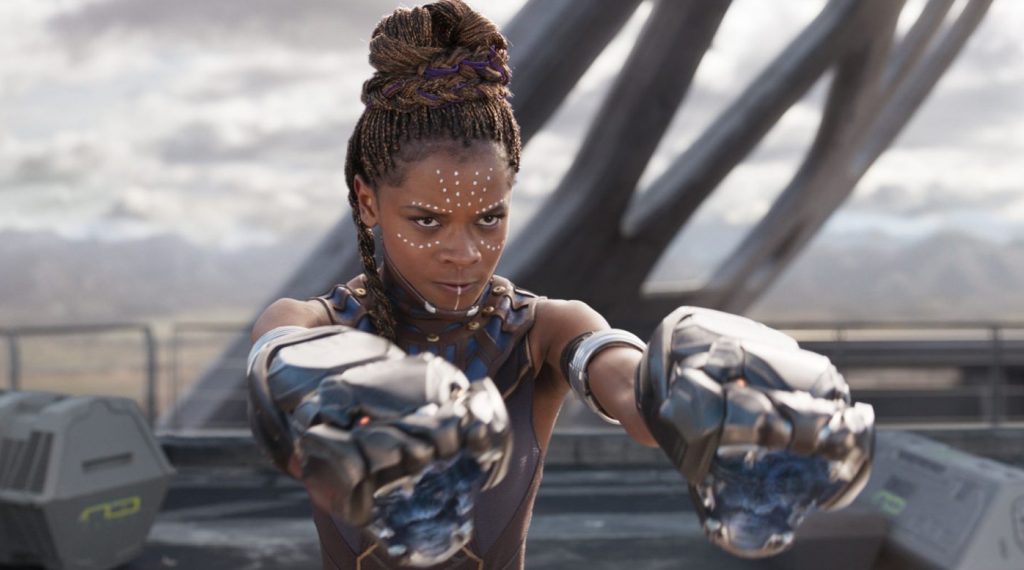 Black Panther‘s Brilliant Sister Shuri Getting her own Marvel Comic

Letitia Wright nearly walked away with Black Panther as the brilliant little sister of the film’s titular superhero. She was perhaps only slightly, fractionally less important to Wakanda than her big brother (and you could argue that her technological prowess makes her the nation’s most important person), and as embodied by Wright, she was also hilarious. Such was the potency of her performance that nearly immediately after Black Panther came out, everyone was clamoring for a Shuri standalone film. While we wait for Marvel Studios to make that happen, we can at least enjoy the news that award-winning author Nnedi Okorafor will be penning a Shuri comic for Marvel.

Bustle reports that the Okorafor written Shuri comic will feature art by Hawkeye artist Leonardo Romero. It’ll also be available really soon—this October. The story will focus on Shuri’s journey in the aftermath of a tragedy (no, not that tragedy): Her brother, T’Challa, is lost during a mission in space, leaving his fellow Wakandans wondering who should lead the nation in his absence. Enter little sister Shuri. This ties directly into Ta-Nehisi Coates Black Panther comic run, which saw the superhero exploring the Intergalactic Empire of Wakanda in space. Here’s the official Marvel synopsis:

“Shuri is happiest in a lab, surrounded by gadgets of her own creation. She’d rather be testing gauntlets than throwing them. But a nation without a leader is a vulnerable one — and Shuri may have to choose between Wakanda’s welfare and her own.”

Okorafor told Bustle that Shuri is his type of character:

“[Shuri is] an African young woman of genius level intelligence who is obsessed with technology and has traveled spiritually so far into the past that she’s seen Wakanda before it was Wakanda. The Ancestors call her Ancient Future. And she’s super ambitious. What do I love about her? Alllll that and more. She’s a character in the Marvel Universe who really sings to me.”