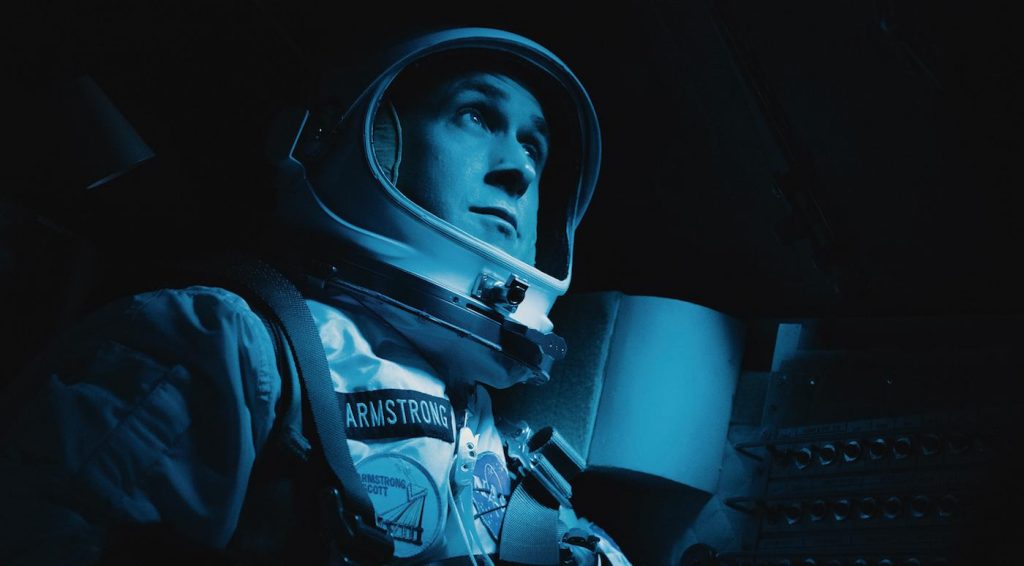 There are few sure things in film, as in life, but sometimes the combination of talent and subject matter can get you very close to one. When we heard that Whiplash and La La Land director Damien Chazelle was re-teaming with Ryan Gosling to star as Neil Armstrong in a biopic of the legendary astronaut’s historic journey to the moon, we were as sure as you can be about these things that the film would be good. First Man kicked off the 2018 Venice Film Festival, which means the early reviews are in, and our initial assumptions have been proven correct. Chazelle, Gosling, cinematographer Linus Sandgren, Claire Foy (as Armstrong’s equally tough wife Janet) and an ensemble that includes Kyle Chandler as NASA’s first chief of the Astronaut Office Deke Slayton all come in for high praise. Let’s take a brief, spoiler-free tour of what the critics are saying (spoiler alert: Neil Armstrong walks on the moon):

Owen Gleiberman, Variety: First Man is so immersive in its glitchy, hurtling, melting-metal authenticity that it makes a space drama like Apollo 13 look like a puppet show… [It] bears the same relation to the space dramas that have come before it that Saving Private Ryan did to previous war films. The movie redefines what space travel is — the way it lives inside our imaginations — by capturing, for the first time, what the stakes really were.

Alonso Duralde, The Wrap: When Armstrong climbs into Gemini 8, and it blasts off into the heavens, we’ve never felt this claustrophobia or listened to the creaking of the metal or felt the thrust of the rockets quite this way before in a movie.

Leonardo Goi, The Film Stage: Shot by Linus Sandgren (La La Land, American Hustle), First Man echoes a Lubezki-like aesthetic, the camera effortlessly flowing with Gosling as he plays around with the kids and whispers into his daughter’s ears. Some images recall The Tree of Life, but their gentle beauty is brutally juxtaposed with the terrifyingly claustrophobic camerawork inside various spacecraft, in a game of point-of-view and outstanding sound design that — in line with the film’s sanitized and anti-bombastic flair — portrays them less as technological wonders, more like howling metallic graves.