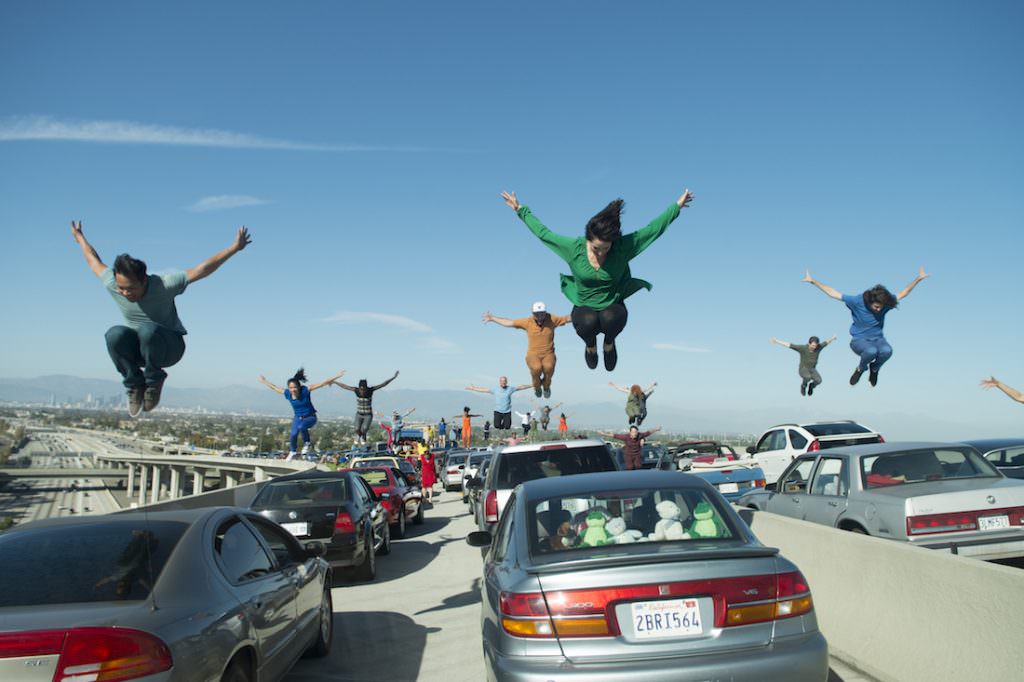 La La Land's historic Golden Globes performance last Sunday gave Damien Chazelle's modern day musical major momentum (apologies for the alliteration) going into the Oscars. The film won all of the Golden Globes it was nominated for, winning a record-setting seven Globes for a single film. You can be almost positive that when Oscar nominations are announced on January 24th, La La Land will be a major contender.

The film is a marvel. In fact, right from the very opening, when a traffic jam on an LA freeway turns into a massive song and dance routine, you're aware that you're in for something special. This new featurette dropped by Lionsgate gets into the details on how Chazelle and his team managed to turn a love of old-school musicals (the sound, the color, the costumes, the set pieces) and turn it into a modern story set in a gorgeous (and yes, idealized) version of Los Angeles.

We've already spoken with Chazelle and star Emma Stone, cinematographer Linus Sandgren and composer Justin Hurwitz about the making of this film, and now you can watch this whiz-bang featurette that runs you through the incredible coordinated effort that was required by the entire La La Land team to make one of the best films of 2016.