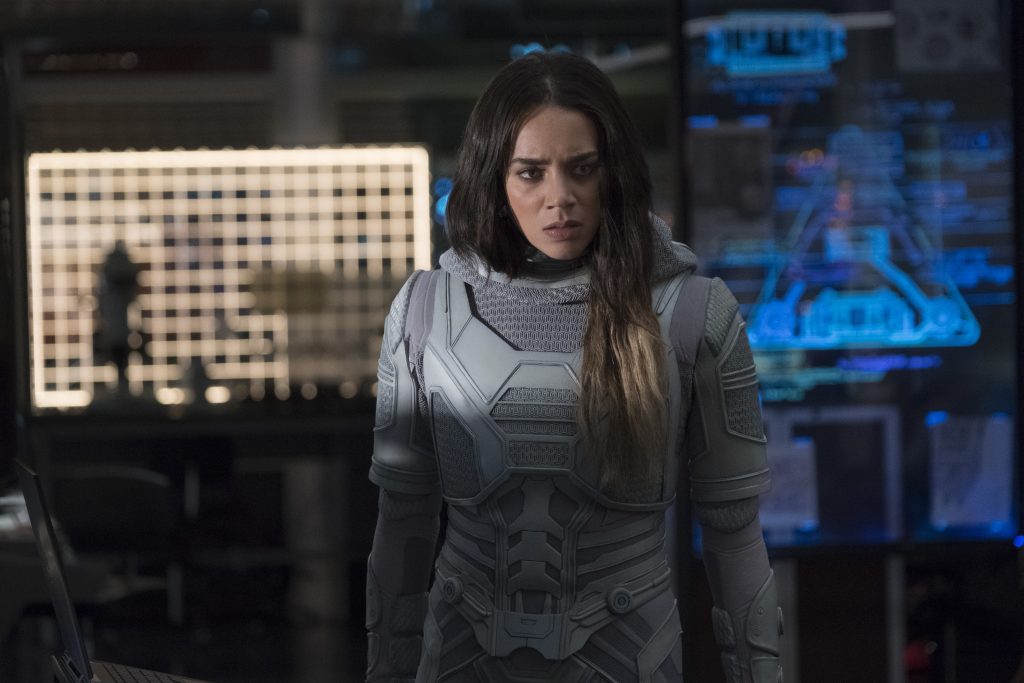 The power of Marvel’s newest female forces is on full display as the countdown to release hits four days.

Suggestions that the MCU’s twentieth feature, Ant-Man and the Wasp, will place a heavy emphasis on the latter character have been around since the film’s announcement. With each new trailer and featurette, those claims appear to be true. The Wasp (Evangeline Lilly) has been front and center in much of the footage, confirming that she is not a sidekick, but truly a new heroine to be included in Marvel’s array of heavyweights.

In the new clip, Wasp takes on Ghost (Hannah John-Kamen) in what appears to be a struggle over a package that Wasp has in her possession. Previous footage teased Ghost’s phasing ability—made possible by her suit—but this is our first look at her powers in hand-to-hand combat. We knew Ghost could phase through walls and other objects, but here she even uses them to pass through Wasp during the fight. Fortunately, Hope has mastered her suit’s abilities as well, shrinking as expected and also using her wings to swat at Ghost when she’s turned around.

The scene also includes what could be a pivotal moment for Scott Lang/Ant-Man (Paul Rudd). Before he rushes off to assist Hope/Wasp, her father and Scott’s mentor Hank Pym (Michael Douglas) gifts him a new Ant-Man suit, “a work in progress.” This may be the suit that leads to the truly gargantuan Giant-Man we’ve seen in the trailers, but it could also be a hint for something we haven’t yet discovered. Either way, given the jocular nature of the series, we’ll probably see some hilarious scenes of Scott learning the ropes of the new technology he has at his disposal.

Whether it’s really Hope or Scott that will need saving by the end of Ant-Man and the Wasp, we’ll be eagerly anticipating their classic partnership.