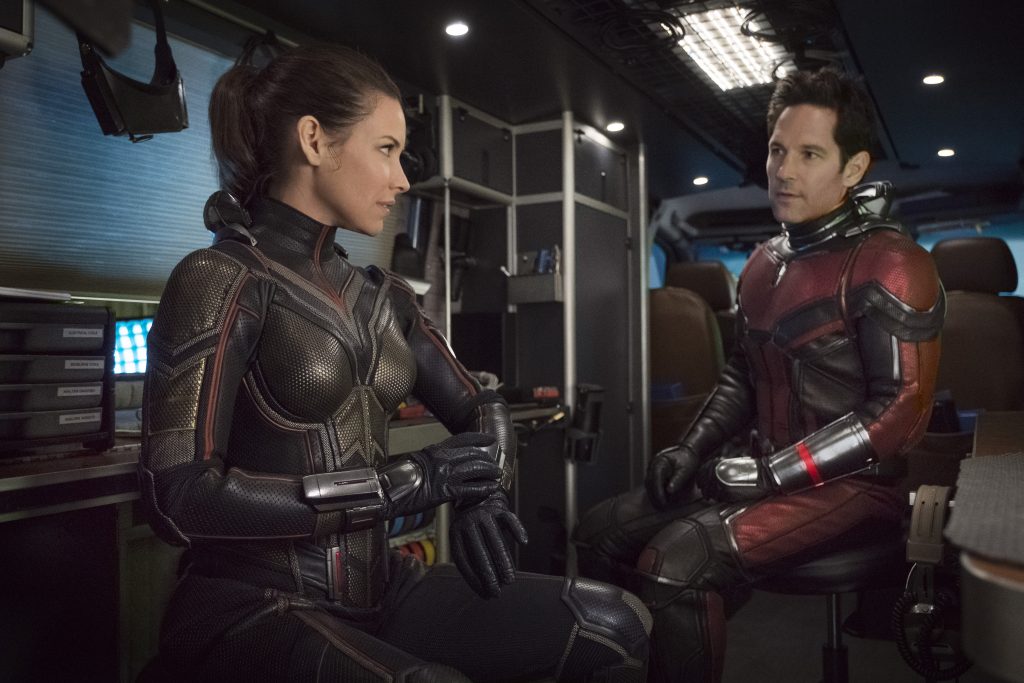 Review Roundup: Critics Say Ant-Man and the Wasp are Better Together and Funnier than Ever

Ant-Man and the Wasp reviews are beginning to buzz, and critics seem to agree that Scott Lang and Hope Van Dyne are the real superheroes we need right now. (Warning: Avengers: Infinity War spoiler) After half the universe was obliterated by Thanos, what we could really use right now is a good laugh and the latest Marvel movie delivers. Polygon’s Susana Polo called the film’s light touch “refreshing.” That’s exactly what I would want to hear amidst the Avengers’ turmoil and generally for a fun popcorn flick during the hottest days of the year.

While the original Ant-Man was a delight (who wouldn’t giggle at a giant Thomas the Tank Engine?), critics seem united in the opinion that The Wasp gives the storyline a boost. We have been as excited as Lilly about the role since she started hyping it at Disney’s D23 expo last year. Hope was in the first film, but she really flies into her own this time. Rolling Stone’s Peter Travers heavily weighed in on the merits Lilly brings to the role saying, “Hope gets her own power suit this time – and wings! Eat your heart out, Black Widow. And her relationship with Scott, combative and romantic often at the same time, fires up the plot.”

Ant-Man and the Wasp may have mastered changing sizes at the push of a button, but we are glad the film chooses to hit the reset button. We have to make it to May 2019 before there is hope of undoing Thanos’ devastating snap. Thanks for helping us pace ourselves, Marvel.

Here’s more of what the critics are saying about Ant-Man and the Wasp.

Alonso Duralde, The Wrap: “If the results feel a little slight, well, maybe we could all use a breather after the heavy stakes of Avengers: Infinity War.”

Garrett Green, Black Nerd Problems: “After the emotional rollercoaster juggernaut that was Avengers: Infinity War, we needed something that would cleanse the palate. Thankfully, Ant-Man and The Wasp delivers.”

Laura Prudom, IGN Movies: [It has] some of the most inventive action scenes attempted in any movie franchise, not just Marvel’s.”

Meg Downey, CBR: “Lilly’s Hope steals the movie from the word go… she is damn good at this hero thing, and it should have been her in the costume from the start.”

Rodrigo Perez, The Playlist: “Ant-Man and the Wasp always keeps its eye on its particular prize: having a good time, creating laughs and entertaining its audience.”