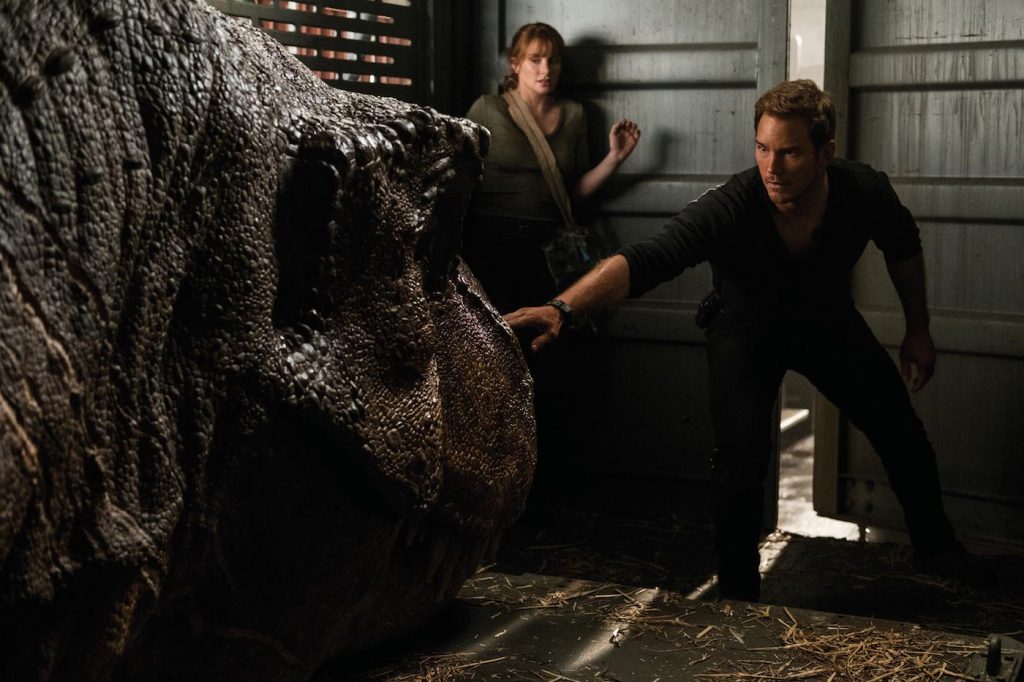 Gone are the days of waiting a torturous half-year between a movie’s theater run and its home media release. Jurassic World: Fallen Kingdom is still stomping around theaters nationwide, but in less than two months, you can have your own copy.

The details of the movie’s home release are here, and you can own a digital copy as early as September 4. The 4K, 3D Blu-ray, standard Blu-ray, and DVD release will follow on September 18. Each version of the film offers an abundance of behind the scenes features, and maybe there will be some hints for those of us still pondering the implications of that shocking ending.

Every copy of the release comes with the following features:

And for those who purchase a 4K, Blu-ray, or Digital copy (read: not DVD), there’s a few more juicy extras:

Those Jurassic Journals with Guardians of the Galaxy star Chris Pratt look especially fun. They’re a lot like the Profiles Below the Line we feature on The Credits, which focus on the contributions of all the creators that aren’t on camera. Universal has some of the Journals on their YouTube channel, which you can sample here:

Check out what production is like with Pratt, Bryce Dallas Howard, director J.A. Bayona, and more when Fallen Kingdom is available September 4 (Digital) and September 18 (disc). Or, you know, you could still go see it in theaters.